By William Collins aka mra-uk: My thanks to numbCruncher for directing my artillery this way. I acknowledge him as the source of the FoI enquiry which resulted in the grant data for 2010 – 2013 given below.
Readers of this blog will hardly be surprised to discover that the issues upon which the EHRC chooses to focus are rather biased. But this article also points out a further failing of the EHRC: their colossal inefficiency. What follows is a dissection of a culture of “jobs for the boys – and even more jobs for the girls”. Also, by way of topical flavour, you will be aware that the current conflict over junior doctors’ contracts is essentially a gender issue. The EHRC is weighing into the bout on the doctors side taking exactly this perspective, as will be discussed below.

***
This is not the first time I have turned my attention to the egregious EHRC. Most recently I commented on their “Is Britain Fairer (2015)?” report (which cost £468,195 to produce, by the way). I have also given examples previously of the appalling anti-male bias of the EHRC in the context of domestic violence, see Chapter 18 of this report. My original intention for this post was only to make some observations about the cost of the EHRC, together with a sketch of the areas on which the money is spent.

'What Israel is doing to its own children
is child abuse at its worse.'
Thomas Are: Listen to Susan Abulhawa:

They start terrorizing us at a young age. At any given time, Israel typically holds hundreds of Palestinian children in administrative detention, where they are interrogated and tortured without charge, without trial, without their parents, without a lawyer, without an advocate. They’re often kidnapped on their way to and from school, playing in the streets and throwing rocks at tanks, as they have a right to do, or pulled from their beds and dragged away in the middle of the night. They’re shot and murdered or maimed wherever they stand.[1]
And to Rabbi Joseph Berman, Government Affairs Liaison for Jewish Voice for Peace who says:

Almost half of the 5 million Palestinian people living under military occupation are children. These young people who should be free to play, learn, develop, and grow, must live with the constant fear of home demolitions, physical violence and even imprisonment at the hands of Israeli forces… Every year, hundreds of Palestinian children are being arrested, held in inhumane conditions, and denied their rights of due process by Israeli military kangaroo courts.

Peace, Not Russia, Is Real Threat To US Power

By Finian Cunningham: The monstrous US military budget is a classic illustration of the proverb about not seeing the wood for the trees. It is such an overwhelming outgrowth, all too often it is misperceived.

In recent years, Washington’s military expenditure averages around $600 billion a year. That’s over half of the total discretionary spending by the US government, exceeding budgets for education, health and social security. It’s well over a third of the total world military annual spend of $1.7 trillion.
The incipient military-industrial complex that President Dwight Eisenhower warned of in his farewell speech in 1961 has indeed become a central, defining feature of American society and economy. To talk of «American free-market capitalism» is a staggering oxymoron when so much of the country’s economy is wholly dependent on government-funded militarism.
Or put it another way: if the US military budget were somehow drastically reduced in line with other nations, the all-powerful military-industrial complex and the American state as we know it would collapse. No doubt something better would evolve in time, but the impact on established power interests would be calamitous and therefore is trenchantly resisted.
This is the context for the escalation in Cold War tensions with Russia this week, with the deployment of the US missile system in Romania. The $800 million so-called missile shield is set to expand to Poland over the next two years and eventually will cover all of Europe from Greenland to southern Spain.

He had made the drive enough times to already suspect what he might find. Stride Rite had left Huntington for Mexico at the tail end of the recession; Breyers Ice Cream had closed its doors after 100 years. In the weeks after each factory closing in his part of Indiana, Lewandowski had listened to politicians make promises about jobs — high-tech jobs, right-to-work jobs, clean-energy jobs — but instead Indiana had lost 60,000 middle-class jobs in the past decade and replaced them with a surge of low-paying work in health care, hospitality and fast food. Wages of male high school graduates had dropped 19 percent in the past two decades, and the wealth divide between the middle class and the upper class had quadrupled. 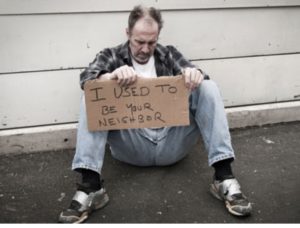 “These jobs aren’t the solution so much as they’re part of the problem,” Lewandowski said, and now the result of so much churn was becoming evident all across Indiana and lately in Huntington, too. Fast-food consumption was beginning to tick up. Poverty was up. Foreclosures were up. Meth usage up. Heroin up. Death rate up.
Read more »
Posted by Angelo Agathangelou at 7:29 pm No comments: Links to this post

The Internet’s War On Free Speech

The web was meant to empower us all.
Right now, it’s empowering censors 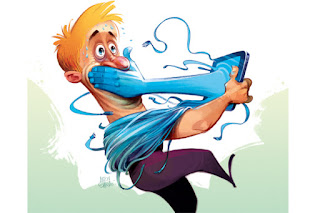 By Brendan O'Neill: The dream of internet freedom has died. What a dream it was. Twenty years ago, nerdy libertarians hailed the web as the freest public sphere that mankind had ever created. The Declaration of the Independence of Cyberspace, written in 1996 by John Perry Barlow, warned the ‘governments of the industrial world’, those ‘weary giants of flesh and steel’, that they had ‘no sovereignty where we gather’. The ‘virus of liberty’ was spreading, it said.
Now it seems that the virus has been wiped out. We live our online lives in a dystopian nightmare of Twittermobs, ‘safety councils’, official procedures for ‘forgetting’ inconvenient facts, and the arrest of people for being offensive. The weary giants are asserting their censorious sovereignty.
This week it was revealed that Facebook has been suppressing news stories from conservative sources. Facebook, used by 1.6 billion people, bigs itself up as a neutral distributor of news and facilitator of global chat. Yet, according to a former editor there, popular conservative stories are often kept off Facebook’s trending bar, either because the curator ‘didn’t recognise the news topic’ or ‘they had a bias’.

A Gentleman’s Guide To Rape Culture

By Bad Dima: Response to A Gentleman’s Guide to Rape Culture
If you are a man, you are part of rape culture.
Fuck you cunt. Rape exists, even amongst animals, but there is no such thing as Rape Culture.
Culture is defined as “the sum total of ways of living built up by a group of human beings and transmitted from one generation to another.” The urge to Rape is not transmitted from one generation to another. 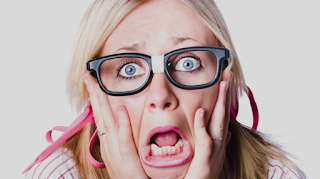 As far as I can tell, rape is a universal biological phenomenon. There is no systematic effort to teach men to rape women. On the contrary, there is a systematic effort to teach men to protect women – there is a Protection Culture, not a Rape Culture. “Protect the Women” is one of the most fundamental storylines in film, television and books. “Protect the Women” is the catchcry of feminists over and over again, in which they exploit the protective instincts of men for their advantage. See #HeForShe for example.
This guide is more correctly named A Gentleman’s Guide to Pandering to Women’s Fear Culture.
The purpose of the Rape Culture concept is to fill women with fear and dread, thus driving them to feminism. 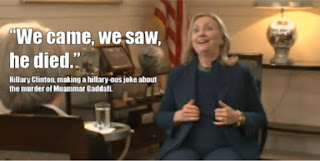 In retrospect, Obama’s intervention in Libya was an abject failure, judged even by its own standards. Libya has not only failed to evolve into a democracy; it has devolved into a failed state. Violent deaths and other human rights abuses have increased severalfold. Rather than helping the United States combat terrorism, as Qaddafi did during his last decade in power, Libya now serves as a safe haven for militias affiliated with both al Qaeda and the Islamic State of Iraq and al-Sham (ISIS). The Libya intervention has harmed other U.S. interests as well: undermining nuclear nonproliferation, chilling Russian cooperation at the UN, and fueling Syria’s civil war.
As bad as Libya’s human rights situation was under Qaddafi, it has gotten worse since NATO ousted him. Immediately after taking power, the rebels perpetrated scores of reprisal killings, in addition to torturing, beating, and arbitrarily detaining thousands of suspected Qaddafi supporters. The rebels also expelled 30,000 mostly black residents from the town of Tawergha and burned or looted their homes and shops, on the grounds that some of them supposedly had been mercenaries. Six months after the war, Human Rights Watch declared that the abuses “appear to be so widespread and systematic that they may amount to crimes against humanity.”

Read more »
Posted by Angelo Agathangelou at 2:20 am No comments: Links to this post

Christopher Guest, MD, FRCPC, medical director of Children's Health & Human Rights Partnership reveals his understanding of the complex human rights issue of genital integrity and how to discuss it with prospective parents.