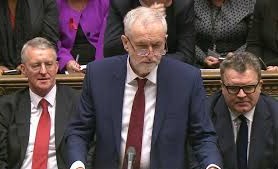 By Jonathan Cook: The manufactured “anti-semitism crisis” in the British Labour party rumbles on into new realms of ideological insanity. The witch-hunt against commentary critical of Israel or Zionism has been in full flow, and now an internal party inquiry led by Jan Royall has reached its conclusions.
Note that in this report by the Guardian newspaper, it appears to be a given both by Royall and the Guardian that Ken Livingstone and the others suspended from the party are guilty of anti-semitism rather than anti-Zionism. I have challenged that assumption in previous posts, such as here and here. I am therefore going to put quotation marks around the word “anti-semitism”, at least as used by Royall, because it is far from clear to me that most of those under investigation have said things that are anti-semitic.
Royall’s first conclusion is that there should be no “statute of limitations” on “anti-semitism”. That’s a green light for every right-winger and Blairite to go trawling through Labour party members’ back catalogue of social media posts in search of anti-Zionist or anti-Israel utterances. Here’s a simple piece of advice to John Mann and the Blairite brigade: if you want to simplify your task, examine postings from winter 2008 and summer 2014, when Israel was killing hundreds of children in Gaza. I suspect you’ll find the “anti-semitism” you’re looking for in those periods.

Read more »
Posted by Angelo Agathangelou at 11:51 pm No comments:

David Cameron Is Doomed To Failure As A Social Justice Warrior

'Instead of shoring up and supporting what remains of the family, Cameron’s feminised government has only intervened more deeply, further destabilising family life leaving boys and men most on the receiving end of this injustice.' 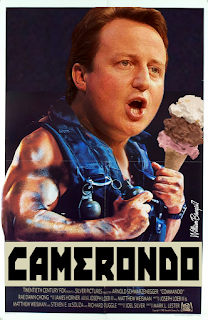 By Kathy Gyngell: It was written all over his face as he attentively sat forward to hear his Government’s new legislative programme read out. David Cameron still wants to hug a hoodie . He still wants to go down in history as the Conservative Party’s greatest social reformer, a  quest he set out on in 2006.
He’s been desperate to prove that he is just as compassionate as the liberal Guardian reading MPs sitting opposite.
He’s seen social reform as the means by which he could detoxify his party. Conservatives can be compassionate too.
Indeed they can.  But not if they adopt the Polly Toynbee bible for "breaking down the barriers to opportunity". Ten years ago, Iain Duncan Smith’s Centre for Social Justice daringly rejected the idea that poverty and disadvantage were driven by economic inequality. Bravely, he asserted they were driven by culture - by the decline of marriage, by the rise of cohabitation and the rise and rise of fatherless families - aided and abetted by government policy. For two weeks he had the nation compelled.

That Guy T:
Challenge Rules:
1) Present a one sentence video message directed towards feminists
2) Add “#MessageToFeminists Challenge” into the video title.
3) Link to the channel of the person that challenged you in the description box (if applicable).
4) List 5 people who you are challenging & post links to their channels as well.
5) Copy and paste this template.
Read more »
Posted by Angelo Agathangelou at 6:33 pm No comments:

By Nikita Coulombe: Do women really want equality? It’s a question I think every one of us needs to ask ourselves. Because frankly I don’t think many of us do, not real equality anyways. 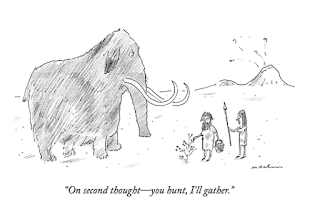 Feminists would have us believe that life is so much worse for women than men, that we are weak, and the “patriarchy” is against us, and therefore we deserve all sorts of programs and benefits just to be on a level playing field with men. But the plain fact is: here in the West, we have it pretty great. In many ways better than men. And if we really took a look at men’s lives, we might realize that.
Most of us don’t want to pay half the bill on dates, we don’t want to work dirty and dangerous jobs, we don’t want to be drafted if there was a war, we don’t have to prove to a court that our children need us after divorce, and we don’t want to serve as unpaid bodyguard or be the first one to go downstairs when we hear a strange noise… and luckily for us, we don’t have to!
Because men do these things. Voluntarily. Every day. They don’t ask for a “thank you” because it is so built-into them to give, to serve. And, although it may surprise some readers, men do these things because they love women. They are doing these things for us so we might love them back.

Read more »
Posted by Angelo Agathangelou at 2:28 pm No comments:

Feminism: Wolverhampton PC Sacked For Making A Joke Says His Life Has Been Ruined

Via Ray [J4MB]: I don’t normally buy my local paper, but I picked up a copy today when I saw the headline, “Wolverhampton Pc sacked for making ‘bad joke’ about rape says his life has been ruined”. The story turns out to be as appallingly unjust as the headline suggests.
Rape culture doesn’t exist – it’s a figment of feminists’ fevered imaginations – but rape hysteria certainly does, and many men’s lives are ruined by it. The state does all it can to maintain the hysteria. The Coalition Agreement in May 2010 committed to bringing back anonymity for those suspected of having carried out sexual offences, but later reneged on the promise, under pressure from feminists. 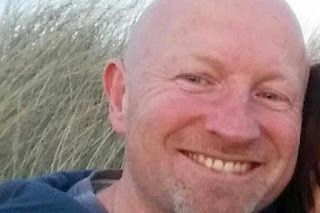 E&S: Former Wolverhampton Pc Richard Mayes, a father of three, told the Express & Star: “My life has been ruined by a single word. I did not steal, hit anyone or commit any other crime.
“I said a word that one person in the room didn’t like – and it wasn’t even that word which got me the sack.”
The 45-year-old, who was a Taser training instructor for 10 years, was fired as an appeal tribunal upheld the decision.

Read more »
Posted by Angelo Agathangelou at 1:19 pm No comments:

Angelo Agathangelou [Man On Fire]: I had the great pleasure of meeting with MRA-UK aka William Collins and Jordan Holbrook who posts The Screen yesterday at our local. We are a South West UK contingent of N4M. All I kept thinking throughout the interaction was, how flaming cool are we, ...I mean to say, you meat the very finest people in the MHRM.

***
A new website for like-minded men who wish to meet up.

By Jordan Holbrook: I have created a new page for Network for Men, found here, so I won’t spend too much writing about it.
I will say, however, that what Network for Men has to offer is of great use to any man in the UK who feels something is amiss.
Any man who questions the current narrative about men and gender relations, who reads sites such as this and other sites that discuss men’s issues.
This new Network will allow you to meet men, very much similar to yourself, to be able to come together and socialise, maybe even engage in some activism.
Each group will be autonomous and independent of the Network, self-organising. Simply put, they will be groups of men being men.
The Network is not affiliated with The Screen nor do I run it but I do greatly recommend signing up, I have signed up and I recommend that those who read this site -or any other similar site- to also sign up.
If this short announcement interests you, please do check them out by clicking anywhere on this sentence.

Posted by Angelo Agathangelou at 11:48 am No comments:

They're Back + Some Neighborly Advice - WB7 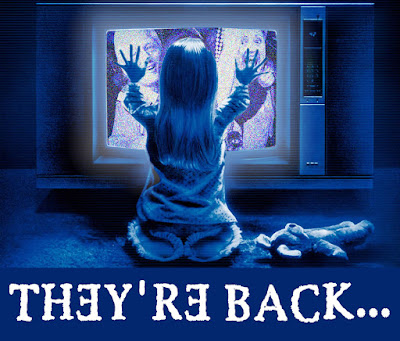 Read more »
Posted by Angelo Agathangelou at 9:14 am No comments:

This a promo for Professor Janice Fiamengo's upcoming book "Sons of Feminism". She is now taking submissions of between 3000-5000 words. Deadline is August 31st. Please share as much as you can.

Submitted by Tyler Durden: Over the past year, Germany has gone to great lengths in its attempt to culturally integrate the hundreds of thousands of middle-eastern refugees that entered the nation as a result of Angela Markel's now defunct overly welcoming immigrant policies. 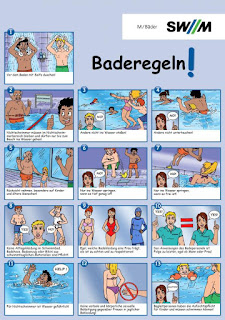 Just in January, Germany created a leaflet that it handed out to "sexually frustrated" immigrants at local swimming pools to teach them proper poolside etiquette. As we reported then, "in Bavaria, swimming pools issued leaflets with simple pictorial instructions on behaviour for migrants who may never have swum in public before.  Officials dreamed up the leaflets in 2013 after witnessing an increasing number of "problems" at the city's 18 public swimming pools. The ground rule of respect for women – whatever clothing they're wearing – is unfortunately not respected by all our swimmers. That's why there is an explicit indication about it," a Munich city spokesman said."
The "explicit indication" the spokesman mentioned was a creepy first-person view of a hand reaching out to touch the behind of an unsuspecting female swimmer:

Read more »
Posted by Angelo Agathangelou at 6:07 am 3 comments:

Max and Stacy discuss fomenting bond revolutions in Russia and staving off Bernie Sanders’ revolution in America by offering ‘free’ healthcare for all. In the second half Max interviews author and blogger, James Howard Kunstler of Kunstler.com about the economic catastrophe that brought us the clown show that is the US presidential elections.
Posted by Angelo Agathangelou at 1:41 am No comments: