“The current situation is stable with positive perspectives”
By Don Quijones: A few weeks ago, few people had heard of the ECB’s Governing Council Member Vitas Vasiliauskas. In the last week that has all changed, thanks to a surreal interview Vasiliauskas gave to Bloomberg in which he described Europe’s central banksters, with apparent deadpan seriousness, as “magic people” endowed with limitless powers to shape Europe’s economic environment:

“Markets say the ECB is done, their box is empty. But we are magic people. Each time we take something and give to the markets — a rabbit out of the hat.” 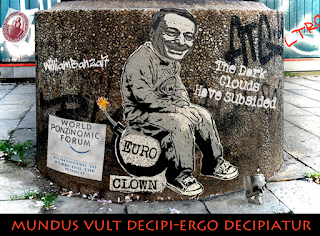 It is arguably the most absurd — and honest — description by a central bankster of the role of modern central bankstering in today’s economy. On Wednesday Vasiliauskas gave Reuters an eagerly anticipated follow-up interview. In it he waxed lyrical about the Eurozone’s rosy economic outlook.
“The current situation is stable with positive perspectives,” Mr Vasiliauskas gushed. “So if you ask me what do you think about possible steps during the summer, my answer would be: nothing.”

Max and Stacy discuss how regarding everything beyond their control, central banks have created a financial and economic system not free for its participants. They look at the end of hegemony spotted in the price of Russian bonds and at the Bank of Japan failing, yet again, to get any sign of life from the Japanese economy. In the second half, Max interviews the ‘Silver Guru’, David Morgan of TheMorganReport.com, about the latest in the gold, silver and bond markets.
Posted by Angelo Agathangelou at 9:04 pm No comments: Links to this post

Professor Fiamengo discusses the climate of fear created by the culture of suspicion of male students and presumption of guilt on university campuses.

Read more »
Posted by Angelo Agathangelou at 7:03 pm No comments: Links to this post

Being A Goy In NY

By Gilad Atzmon: Is land annexation a Zionist symptom? This documentary tells the story of another annexation project. The protagonists here are a rabbinical Anti-Zionist community, they want to expand and will do whatever it takes to achieve their goal...

Posted by Angelo Agathangelou at 4:26 pm No comments: Links to this post

Via H of J4MB: At last! Some men have strapped on a pair, and drawn a line in the sand. I didn’t expect the line to be drawn in a bunker on a prestigious golf course, but it’s a start! The (BBC) article includes a comment from Nicola Sturgeon, who introduced a gender-balanced cabinet regardless of individuals’ merit, shortly after being appointed as First Minister. The daft trout tweeted: Scotland has women leaders in every walk of life. It is 2016. This is indefensible.

***
BBC [British Brainwashing Cunts]: Muirfield has been told it will not stage another Open Championship as long as it continues to bar women golfers from becoming members. 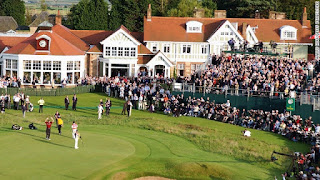 The Scottish golf club announced on Thursday that its members had voted against allowing women to join.
Governing body the R&A said it would not stage the Open "at a venue that does not admit women as members".
Scotland's radical feminist First Minister Nicola 'male hater' Sturgeon said Muirfield's stance was "simply indefensible".

Read more »
Posted by Angelo Agathangelou at 3:28 pm No comments: Links to this post

Americans Send The World A Plea For Help 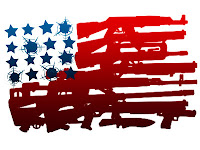 As The United States Descends Into A Gestapo Police/Warfare State, Americans Send The World A Plea For Help: Rescue Us From Our Criminal Government By Ceasing To Aid And Abet Washington’s Crimes
By RootsAction: Since the end of the Cold War, the United States of America has systematically violated the prohibition against the threat or use of force contained in the UN Charter and the Kellogg Briand Pact. It has carved out a regime of impunity for its crimes based on its UN Security Council veto, non-recognition of international courts and sophisticated “information warfare” that undermines the rule of law with political justifications for otherwise illegal threats and uses of force.
Former Nuremberg prosecutor Benjamin B. Ferencz has compared current U.S. policy to the illegal German “preemptive first strike” policy for which senior German officials were convicted of aggression at Nuremberg and sentenced to death by hanging.
In 2002, the late U.S. Senator Edward Kennedy described post-September 11th U.S. doctrine as “a call for 21st century American imperialism that no other nation can or should accept.” And yet the U.S. government has succeeded in assembling alliances and ad hoc “coalitions” to support threats and attacks on a series of targeted countries, while other countries have stood by silently or vacillated in their efforts to uphold international law. In effect, the U.S. has pursued a successful diplomatic policy of “divide and conquer” to neutralize global opposition to wars that have killed about 2 million people and plunged country after country into intractable chaos.

Read more »
Posted by Angelo Agathangelou at 11:22 am No comments: Links to this post

By Peter Wright & Paul Elam: Many students of sexual politics posit the “scientific” notion that our culture of gynocentrism is a basic biological reality; that we should either get with the program and enjoy it or bow out in a nihilistic fashion.
An alternative explanation of gynocentrism suggests it is merely an exaggeration of human potential; one that leads to social and reproductive failure despite common beliefs. 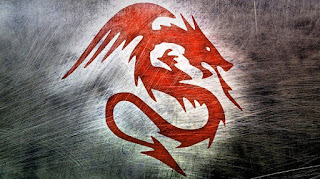 The bioscience lexicon can be helpful in understanding this.
A superstimulus refers to the exaggeration of a normal stimulus to which there is an existing biological tendency to respond. An exaggerated response, or, if you will, superresponse, can be elicited by any number of superstimuli.
For example, when it comes to female birds, they will prefer to incubate larger, artificial eggs over their own natural ones.
Large, colorful eggs are a superstimulus. Leaving real eggs out to die is the superresponse.
Similarly, humans are easily exploited by junk food merchandisers. Humans are easily trained to choose products that cause heart disease, diabetes, and cancer over the nutritious food they evolved to eat and thrive on, simply by playing tricks on the taste buds and manipulating the starvation reflex.

Monsanto About To Be Given A Taste Of Its Own Medicine?

An oligopoly takes shape to corner the human food supply. 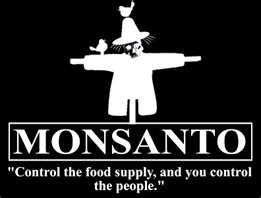 By Don Quijones: The hunter, it seems, has become the hunted. After wresting control of roughly a quarter of the global seeds market by acquiring a massive portfolio of seed companies, including Agroceres, Asgrow, Cristiani Burkard, Dekalb, Delta & Pine and the seeds division of Cargill North America, Monsanto now suddenly finds itself on the menu of two very powerful, much bigger rivals.
On Thursday, it was reported that Germany’s two chemical-industry titans Bayer and BASF, both of which have a market capitalization more than double Monsanto’s, are mulling a takeover bid.
Reaping a Whirlwind
In many ways, Monsanto has only itself to blame. When it launched a hostile bid for Swiss-based pesticides behemoth Syngenta last year, it sparked a massive consolidation race in the agrochemical industry. In the end it was the Chinese state-owned giant ChemChina that walked away with the spoils, at a dizzying price of €43 billion.
It was the largest corporate takeover of Chinese history and it sent a clear signal of China’s intention to become a global player in the GMO market. In a speech in late 2014, the President of China Xi Jinping said that China “cannot let foreign companies dominate the GMO market.”

Read more »
Posted by Angelo Agathangelou at 8:05 am No comments: Links to this post

Palestine: Ethnic Cleansing By Jews Is An Everyday Reality

By Yara Hawari: Thousands marched last week to commemorate the Nakba, the 1948 ethnic cleansing of Palestine.
Held in the southern Naqab (Negev) region for the first time in 19 years, the 2016 March of Return is being hailed as the largest such event for Palestinians living inside present-day Israel. 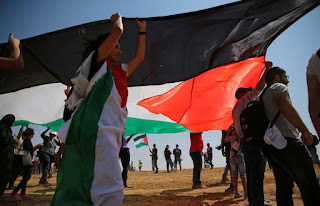 Organized by the Association for the Defense of the Rights of the Internally Displaced, the 12 May protest emphasized that the Nakba — Arabic for catastrophe — continues today.
Not only did participants assert the right to return of Palestinians uprooted and exiled in 1948, they also drew attention to Israel’s ongoing efforts to internally displace Palestinians inside its de facto borders.
The annual event has previously been held in destroyed villages in the northern Galilee region. The significance of the geographical move was underscored by activist Rafat Abu Aish, one of the march’s organizers.
“The Nakba continues in the Naqab,” he said.

Villages destroyed
Abu Aish cited the demolition of Palestinian homes and the proposed uprooting of tens of thousands of Palestinian Bedouins as examples of the present-day ethnic cleansing in the Naqab.