By Author Douglas Galbi: Bid’ah al-Kabirah grew up as a slave in the ninth–century Abbasid caliphate. But she wasn’t a slave like slave men laboring in rags at dirty, dangerous jobs. She was the slave of ‘Arib al-Ma’muniyyah, a fabulously rich and famous ninth-century woman musician.[1] Bid’ah lived with ‘Arib in the household of the caliph. Bid’ah was a beautiful woman and an excellent singer. Most importantly, she knew how to lift up a despondent man.
In the year 900 GC, the caliph al-Mut’adid returned to Baghdad from a difficult but successful military campaign in Syria. Bid’ah greeted him the first day he held court upon his return. Al-Mut’adid, perhaps not up to his usual sexual performance, lamented to her his aging: “Can’t you see how my beard and hair blaze white?” Bid’ah responded:
My lord, may God give you eternal life, and let you see your grandsons’ hair turn white! By God, your silvery hair is more beautiful than the moon. [2]
Bid’ah, who was no unlettered whore, then quickly composed and declaimed a relevant poem:
White hair has done you no harm
your beauty has only increased.
Time has polished you
and you are without flaw.

The Ministry Of Anti-Feminism

Feminism LOL: Janice Fiamengo is hardcore. I offer her some encouragement and a little dance, with musical help from Ministry.

Beware What You Wish For: Russia Is Ready For War

By Pepe Escobar: So foreign ministers from the 28 NATO member-nations met in Brussels for a two-day summit, while mighty military power Montenegro was inducted as a new member.
Global Robocop NATO predictably discussed Afghanistan (a war NATO ignominiously lost); Iraq (a war the Pentagon ignominiously lost); Libya (a nation NATO turned into a failed state devastated by militia hell); Syria (a nation NATO, via Turkey, would love to invade, and is already a militia hell).
Afghans must now rest assured that NATO’s Resolute Support mission – plus “financial support for Afghan forces” – will finally assure the success of Operation Enduring Freedom forever. 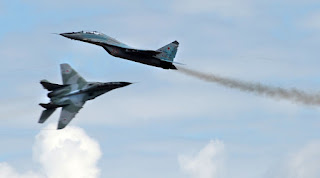 Libyans must be reassured, in the words of NATO figurehead secretary Jens Stoltenberg, that we “should stand ready to support the new Government of National Accord in Libya.”
And then there’s the icing on the NATO cake, described as “measures against Russia”.
Stoltenberg duly confirmed, “We have already decided to enhance our forward presence in the eastern part of our alliance. Our military planners have put forward proposals of several battalions in different countries in the region. No decision has been taken on the numbers and locations.”

Compassion For Men And Boys? Know These Three Things

Men Are Good!: We live in a world that lacks information about the uniqueness of men and boys. The research has been done but the media and our educational system have failed to pass it on to us. This video offers three things that the research has revealed about boys and men that most have not heard. There is much more but these three are a good start in seeing our differences and being able to love men and boys for who they are rather than judging them for not being more like women. Drawn from Tom's newest book "Helping Mothers be Closer to Their Sons: Understanding the unique world of boys." It works towards the understanding that boys and men are good!

"You'll work harder with a gun at your back for a bowl of rice a day."
johntheother

US Prepares Troop Deployment To Libya Amid Fight For Oil Fields 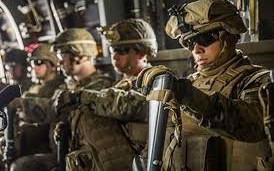 By Bill Van Auken: Five years after a US-NATO war shattered Libya, Washington is preparing to send troops into the oil-rich North African nation for a “long-term mission,” the Pentagon’s top uniformed commander said Thursday.
Marine Gen. Joseph Dunford, the chairman of the Joint Chiefs of Staff, told reporters returning aboard his plane from a meeting of NATO commanders in Brussels that the new military deployment, which could involve thousands of US troops, could happen “any day.” It awaited only a formal agreement with the new government that the Western powers and the UN are attempting to set up in Tripoli, he indicated.
General Dunford told reporters that there had been “intense dialogue” and “activities under the surface” aimed at bringing about the Libya intervention. This apparently referred to efforts by the US ambassador to Libya, Peter Bodde, and the State Department’s special envoy for Libya, Jonathan Winer, to wrest a formal request for military intervention from Fayez al-Sarraj, the unelected head of the Western-backed Libyan Presidential Council.
Under UN and US tutelage, Sarraj and his allies established this council in exile in Tunisia, returning to the Libyan capital, Tripoli, at the end of March. It is obvious that this new puppet regime has been created for the sole purpose of providing a veneer of legality to another US-NATO military intervention in the devastated country.
Read more »
Posted by Angelo Agathangelou at 10:46 am No comments: Links to this post 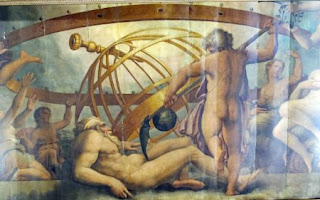 Read more »
Posted by Angelo Agathangelou at 6:54 am No comments: Links to this post 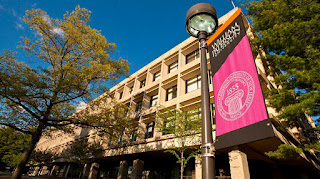 By Tim Patten: I recently submitted an article about women who sexually assault and rape boys and young men to Feminist Wire.[i] Naively, I expected the magazine would jump at the opportunity to address this growing threat by publishing what I had written. Instead, they rejected my work, offering up the following excuse:

We recognize and agree that sexual violence against boys and men are an important and necessary feminist issue. However, we are concerned with the framing of this piece, which focuses on the “flip” (“women do it too”) that doesn’t account for the dominant power relationships and contexts of institutionalized sexual violence that affect women, men, and transgendered persons. In framing it as “women rape, too” without an engagement with the feminist work that talks about sexual violence as a structural white-hetero-patriarchal practice that affects everyone in different ways, it reads like a denial of women’s experience with violence as a way to make visible men’s and boys’ experience.

Read more »
Posted by Angelo Agathangelou at 4:50 am No comments: Links to this post