Drone For Obama - Anyone?

By Peter Koenig: Thousands of extra-judiciary drone killings, all personally approved by Peace Nobel Laureate, Obama, and all with casualties and so-called ‘collateral damage’, costs the affected, mostly poor communities, tens of thousands of lives and destroyed properties and public infrastructure valued at millions of dollars; an assurance to keep them poor and submissive.
Do not such horrendous criminal acts by the self-declared western caliph Obama beg the question – who will eventually send a drone to neutralize the killer? – Or for that matter, anyone who dares following in the murderer’s footsteps, Democrat or Republican, two faces of the same coin? 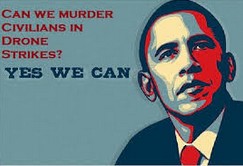 It could be a pretty long chain, because none of the potential successors have a mind of their own. All of them are spineless miserable puppets, bought by the a globalized Anglo-Zionist led Corporate Empire. But no matter how long the chain of official governmental murderers, stopping them has to begin at some point. Lest, it becomes like everything else, normal daily business.
Imagine! – We are living in a world where open killings, open assassinations by an Über-Mensch, the proclaimed and admitted leader of the Exceptional Country, the self-proclaimed Master of the Universe, becomes the order of the day. And nobody blinks an eye.

How The World Ends Baiting Russia Is Not Good Policy 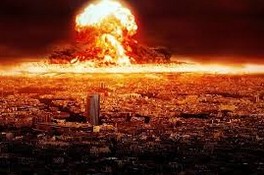 By Philip Giraldi: Last week I attended a foreign policy conference in Washington that featured a number of prominent academics and former government officials who have been highly critical of the way the Bush and Obama Administrations have interacted with the rest of the world. Professor John Mearsheimer of the University of Chicago was on a panel and was asked what, in his opinion, has been the most notable foreign policy success and the most significant failure in the past twenty-five years. The success was hard to identify and there was some suggestion that it might be the balancing of relationships in strategically vital Northeast Asia, which “we have not yet screwed up.” If I had been on the panel I would have suggested the Iran nuclear agreement as a plus.
As for the leading foreign policy failure there was an easy answer, “Iraq” which was on everyone in the room’s lips, but Mearsheimer urged one not to be so hasty. In reality the Iraq disaster has killed hundreds of thousands, has cost trillions of dollars and has unleashed serious problems for the Mideast region in general while allowing the rise of ISIS, but in “realistic foreign policy terms” it has not been a catastrophic event for the United States, which had hardly been seriously injured by it apart from financially and in terms of reputation.

Read more »
Posted by Angelo Agathangelou at 10:29 pm No comments:

By Paul Craig Roberts: Yesterday State Department deputy propaganda spokesperson Mark Toner reminded US companies that there are economic and reputational risks associated with doing business with Russia until Russia gives Crimea back to Washington’s puppet government in Kiev. http://sputniknews.com/politics/20160524/1040134996/russia-us-business-sanctions.html 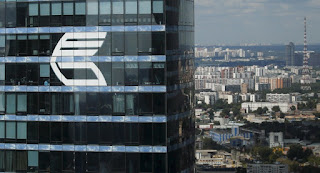 I see the matter differently from the US State Department.
The only risk American corporations face from doing business in Russia is from the US government. Washington will punish the US companies unless, of course, the companies are part of the corporate oligarchy which has been granted immunity to the sanctions.
The risk involved is to Russia. Here are some of the risks:
When a Russian company does business with an American one, the American firm obtains economic information about Russia which is given to the CIA.
When the Russian Central Bank sells Russian bonds, Wall Street, acting for the CIA, can purchase the bonds and then dump them at inopportune times to embarrass Russia by driving down their price. The price decline will then become propaganda that Russia is failing and its bonds are worthless.

OUR BRIXTON - MAKE A CHANGE

A song about housing and gentrification, written by young people in Brixton. In 2015 members of the anti-gentrification community campaign 'Our Brixton' delivered free arts workshops at Cressingham Gardens Estate in Brixton. The estate faces an ongoing threat of demolition by Lambeth Council, with hundreds of residents facing displacement and homelessness. The arts workshops titled ‘The Art of Change’ included Theatre, Rap, Singing, Graffiti and Beatboxing workshops; serving to provide young people in the area with the opportunity to discuss, understand and come to terms with the changes they are seeing around them, in their community and at home.

Read more »
Posted by Angelo Agathangelou at 4:22 pm No comments:

Switzerland Prepares To Vote On "Free Lunch" For Everyone

Will the Swiss Guarantee CHF 75,000 for Every Family?
Author Claudio Grass: In early June the Swiss will be called upon to make a historic decision. Switzerland is the first country worldwide to put the idea of an Unconditional Basic Income (of $2,500 per month for every man, woman, and child for doing absolutely nothing) to a vote and the outcome of this referendum will set a strong precedent and establish a landmark in the evolution of this debate. 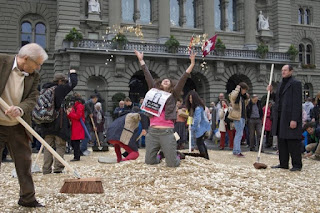 The Swiss Basic Income Initiative in a demonstration in front of parliament. As we have previously reported (see “Swiss Parliament Shoots Down Socialist Utopia” for details), Switzerland’s parliament has already rejected the idea, with even the socialists voting against it (proving that they are still in possession of most of their marbles and quite likely in possession of an abacus as well).
Read more »
Posted by Angelo Agathangelou at 12:53 pm No comments:

Does Russia Have Reason To Fear?

NATO is putting an anti-missile base in Romania and brushing aside Russia’s fears, but – over the decades – the U.S. has reacted furiously to the possibility of nearby foreign military bases, recalls James W Carden.
By James W Carden: In April 1970, at what was roughly the halfway point in the 40-year Cold War between the United States and the Soviet Union, Richard Nixon’s Nation Security Adviser Henry Kissinger thought he smelled a rat. 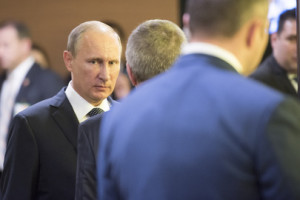 Kissinger told an incredulous Nixon that the Soviets were stirring up trouble in the Middle East, attempting to provoke a war between the Israelis, Syrians and Jordanians in order to distract the United States from what it was really up to: building a naval base at Cienfuegos Bay in Cuba.
Nixon’s Chief of Staff, H.R. “Bob” Haldeman, recounts in his diaries that: “On September 18 we had received word that the Soviets were building a submarine base in Cienfuegos Bay, Cuba.” By Sept. 24 word had leaked to the press and that same day Nixon and Kissinger, according to Haldeman, “gave [Soviet Ambassador Anatoly] Dobrynin an ultimatum and over the next few weeks…the Soviets backed down and abandoned the base.”
Well, not quite. As NYU historian and Nation contributor Greg Grandin expertly lays out in his groundbreaking account of Kissinger’s legacy, Kissinger’s Shadow, the Cienfuegos affair was little more than a figment of Zionist Jew warmonger Kissinger’s fevered imagination.

Read more »
Posted by Angelo Agathangelou at 10:45 am No comments:

If Prince Was Your Girlfriend

Brother Nathanael said. "Songs like this don't appear in a vacuum, but surface in the soil of social engineering. Prince was no pioneer, he was a child of his time. ...The androgynous male was already ripening in Jewish Hollywood's social agenda by the time Prince sang his song in the late 80's."

Read more »
Posted by Angelo Agathangelou at 8:49 am

I Take The P

DoctorRandomercam: I still have no idea what I'm doing. So I know what I'm talking about when it comes to this stuff.

Read more »
Posted by Angelo Agathangelou at 5:51 am No comments:

“Europe is caught in a trap.”
By Don Quijones: In Europe, banksters are beginning to feel the side effects from the ECB’s negative interest rate policy (NIRP), which (among other things) is meant to weaken the euro, fuel inflation, force banks in riskier lending, and prevent Eurozone economies from buckling under the sheer weight of their sovereign debt. 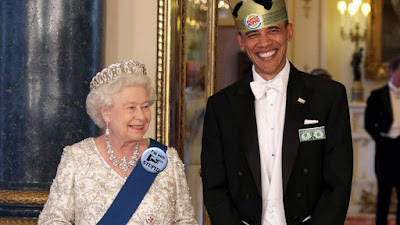 But it doesn’t work. Inflation remains much lower than the ECB’s target headline rate of 2%, European sovereign debt continues to grow at an alarming rate, and bank lending remains anemic in most countries. And it could actually end up killing the patient, Europe’s biggest banks.
That’s what Francisco González, Executive Chairman of Spain’s number-two financial institution, BBVA, just warned in a speech at the Spring Membership Meeting of the world’s most powerful financial lobby organization, the Institute of International Finance (IIF).
“Europe is caught in a trap,” he said.

Read more »
Posted by Angelo Agathangelou at 4:32 am No comments: 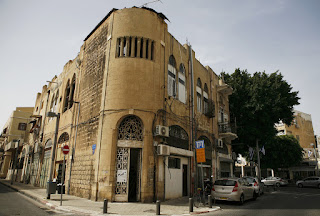 By Silvia Boarini: This building at N.2 Magen Avraham was previously a small hotel built by Tawfiq Abu-Ghazaleh and owned by the Abu-Ghazaleh family, which is today scattered in Egypt and Jordan. The previous name of the street was al-Malik Ghazi.
In mid-May, when Israeli Jews celebrate Independence Day, Palestinians commemorate the Nakba — the ethnic cleansing of hundreds of thousands of people from cities and villages across Palestine that began in December 1947 and intensified throughout 1948, both before and after the declaration of the State of Israel.
This process of removing Palestinians from their land continues in various forms to this very day.
Palestinian refugees as a whole have never been allowed to exercise their right to return to their homeland.

Read more »
Posted by Angelo Agathangelou at 2:13 am No comments: