These Idiots Need Feminism Because

China Warns The World: America Is The "Greatest Threat To Peace & Stability" 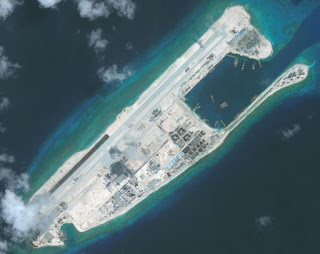 Submitted by Tyler Durden: It is no secret that the relationship between the United States and China has been strained for quite some time. Earlier this month when the US sailed its guided missile destroyer the USS William P. Lawrence within 12 nautical miles of Chinese-occupied Fiery Cross Reef, it ended in China scrambling of two fighter jets and three warships to shadow the destroyer and convince it to leave the area.
The US admitted that it sailed the USS William P. Lawrence by the disputed island in order to "challenge excessive maritime claims" made by China. In turn, China had this to say about the US effort: "This action by the U.S. side threatened China's sovereignty and security interests, endangered the staff and facilities on the reef, and damaged regional peace and stability."
As the US meddles in the South China Sea disputes, China has been increasingly vocal about its displeasure, and that came out very directly in recent comments made on Thursday.
The United Nations is getting ready to rule on a maritime dispute between China and the Philippines, and in discussing that potential ruling Yang Yujun, spokesman for the Ministry of National Defense (MND) said at a briefing that US involvement in these types of disputes is the greatest threat to the region.

Read more »
Posted by Angelo Agathangelou at 9:21 pm
Email ThisBlogThis!Share to TwitterShare to FacebookShare to Pinterest


CORRONCHO DOS
Posted by Angelo Agathangelou at 7:25 pm
Email ThisBlogThis!Share to TwitterShare to FacebookShare to Pinterest

Professor Fiamengo wonders whether women are right to undervalue themselves since they are accustomed to men doing most of the hard work.

Read more »
Posted by Angelo Agathangelou at 2:26 pm No comments:
Email ThisBlogThis!Share to TwitterShare to FacebookShare to Pinterest 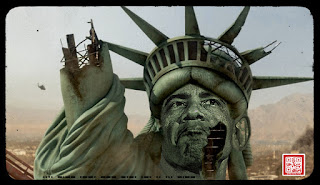 By Paul Craig Roberts: The forever changing 9/11 story is entering a new phase. Blame is being transferred from Osama bin Laden to the Saudi Arabian government.
There are 28 pages classified secret of a congressional inquiry into 9/11 that allegedly found Saudi financial support for the alleged 9/11 hijackers. Neither the George W. Bush nor the Obama regimes would release the classified pages. Only a few members of Congress have been permited to read it, and they are not permitted to speak about it. Nevertheless, Congress now has before it the Justice Against Sponsors of Terrorism Act which, if passed, permits families of victims of the 9/11 attacks to sue the Saudi Arabian government for damages. In other words, although Congress has no information except rumor with which to support the bill, Congress is going ahead. Obama says if Congress passes the bill, he will veto it.
The refusal to declassify the evidence against the Saudis and the veto threat have put many commentators in high dudgeon.
What is going on here?

One possible answer is that the public’s confidence in the 9/11 story is eroding as a result of growing expert opinion that challenges the official line. In order to redirect the public’s skepticism, a red herring is being pulled across the trail.
The Saudi angle satisfies the belief that some sort of government coverup is involved but redirects the suspicion from Washington to the Saudis.

Read more »
Posted by Angelo Agathangelou at 12:37 pm No comments:
Email ThisBlogThis!Share to TwitterShare to FacebookShare to Pinterest

The Next Anti-MGM Protest: Home Office 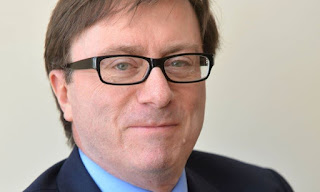 By Mike Buchanan: [Note added 27 May: This post is being republished as a reminder. It’s a scandal that the police / CPS are failing to bring prosecutions against those who perpetrate the crime of MGM, often making considerable money in the process. The police report into the Home Office. The Home Secretary is Theresa May MP, who once infamously sported a ‘This is what a feminist looks like’ T-shirt. Please show your support for male babies, infants, and children, by supporting us next Wednesday. Thank you. ]
Many proponents of MGM support it partly on the grounds of alleged potential or real health benefits, to men and/or their sexual partners. Does science support that position? For the answer, we refer you to a paper co-authored by Brian D Earp, a scientist and ethicist at the University of Oxford – here.
Two more anti-MGM protests will take place before the London Conference. One of the speakers at the conference will be the American researcher Tim Hammond, who’ll be giving a new talk on the Global Survey of Circumcision Harm.
Our first anti-MGM protest was outside the Conservative party conference (October 2015), the second in Parliament Square on International Men’s Day (November 2015).

Read more »
Posted by Angelo Agathangelou at 6:23 am 1 comment:
Email ThisBlogThis!Share to TwitterShare to FacebookShare to Pinterest

Good Reasons To Marry + Women-Are-Evil Is Another Pussy Pass

johntheother said. "It's a business contract between two people in which the advantages and the liabilities are unequal depending on the sex. If you're male and you gat married to a female, well you have a huge liability and hazard and a penalty on exit and very little advantage.
If you're female and you get married, you have a huge advantage, very little penalty, no substantial penalty on exit, in fact a big monetary payout on exit when you violate the terms of that contract and you can make the other person keep paying. Well that's a shit deal, only a stupid person would participate in that if it wasn't wrapped up in all this mumbo-jumbo romance and woo woo that we wrap marriage in to trick people into doing it."

Read more »
Posted by Angelo Agathangelou at 3:14 am No comments:
Email ThisBlogThis!Share to TwitterShare to FacebookShare to Pinterest

By Finian Cunningham: From ministerial offices to barricades on the streets, Europe is in open revolt against anti-Russian sanctions which have cost workers and businesses millions of jobs and earnings. Granted, the contentious issues are wider than anti-Russian sanctions. However, the latter are entwined with growing popular discontent across the EU. 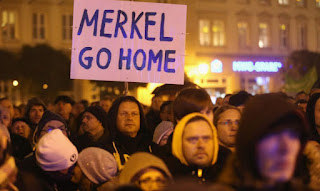 Germany’s vice chancellor Sigmar Gabriel is among the latest high-profile politicians to have come out against the sanctions stand-off between the European Union and Russia.


At stake is not just a crisis in the economy, of which the anti-Russian sanctions are symptomatic. It is further manifesting in a political crisis that is challenging the very legitimacy of EU governments and the bloc’s institutional existence. The issue is not so much about merely trying to normalize EU-Russian relations. But rather more about preserving the EU from an existential public backlash against anti-democratic and discredited authorities.
Read more »
Posted by Angelo Agathangelou at 12:01 am No comments:
Email ThisBlogThis!Share to TwitterShare to FacebookShare to Pinterest
Newer Posts Older Posts Home
Subscribe to: Posts (Atom)