The Gender Of Domestic Violence

Angelica Perduta: In the Dunedin study (https://en.wikipedia.org/wiki/Dunedin...), both men and women were shown to perpetrate domestic violence equally. It is of concern that many women think it's OK for them to be violent, but IMO the most concerning aspect is that the results of such a comprehensive study have been disregarded and kept from the public.

The Stark Similarities Of FGM And MGM 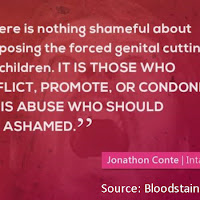 By Jordan Holbrook: A common and frankly demeaning argument that I have far too often heard is that the circumcision of males is in no way comparable to the genital mutilation of females. Not only does it refer to the procedures with two different names but it also states the effects and outcomes are different.
However, I wish to bring forth a slightly more controversial angle: FGM and MGM share stark similarities. They are not the same, obviously, because of biological differences between men and women but they are certainly equal. They are equal in origins, they have been justified by similar arguments and the effects of the mutilations are near identical. The main difference in today’s world is male genital mutilation is widely considered socially acceptable whilst female genital mutilation is reviled by all whom hear of it (in the Western World). This is also backed by legislation.
The arguments commonly used nowadays to justify male genital mutilation are near similar to the arguments once (and in some parts of the world, still) used for female genital mutilation, these are (but not limited to):
Read more »
Posted by Angelo Agathangelou at 9:02 pm No comments:

Jonathon Conte's Historic Speech To The American Academy Of Pediatrics

"I was about 14 years old when I realised that part of my penis had been cut off." Said Jonathon Conte. Human rights activist Jonathon Conte (1981-2016) made this historic speech to the American Academy of Pediatrics (during Intact America's press conference Oct 19, 2012) condemning genital mutilation of children.
Posted by Angelo Agathangelou at 7:34 pm No comments:

Pay And Employment By Sex 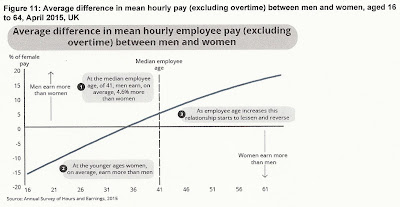 This graphic is all you need know about the gender pay gap (click to enlarge)
By William Collins aka MRA-UK: I have never done a post on the (groan) pay gap. It’s about time, I guess. No, don’t worry. I’m not going to re-iterate for the billionth time the reasons why men earn more on average than women. We all know why – even the feminists. Sure, feminists will claim it’s because “women get paid less for the same work”. But only the very silly foot soldiers actually believe this. The serious feminists – the really dangerous ones – know full well that the main reason is that women are less work focussed than men, and this results mainly from their preferred prioritising of domestic and childcare matters. Most of us sane people have no problem with that. Unfortunately the loonies are in charge.
The reasons for higher male earnings have been laid out clearly in Warren Farrell’s book Why Men Earn More and in the videos by Christina Hoff Sommers and Warren Farrell, or see any number of sources, e.g., here or here . In brief, the main reason is that men work more hours.

Read more »
Posted by Angelo Agathangelou at 5:10 pm No comments:

Max and Stacy reject the idea that anyone should earn a basic guaranteed income for merely sitting on their assets. In the second half, Max and Stacy interview two precious metals analysts - Craig Hemke of TFMetalsReport.com and Andrew Maguire of AndrewMaguireGoldTrading.com. The two give their forecasts for the gold market and discuss the latest in several admitted cases of gold price manipulation.
Posted by Angelo Agathangelou at 3:15 pm No comments:

But a majority of the French want out of the EU too! 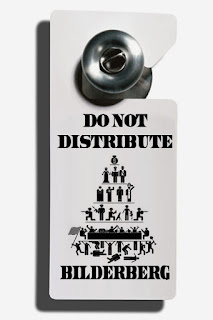 By Don Quijones: As support for a British exit from the EU strengthens, at least according to the latest polls that give some people whiplash, policy makers on both sides of the English Channel are finally beginning to think about the days, weeks and months after June 23. Some countries, such as Germany, seem more inclined to favor a soft, pragmatic approach in the event of a Brexit, while others, led by the government of France, are calling for a more punitive response.
As originators of the phrase “Pour encourager les autres,” (to encourage the others), it is fitting that France is leading calls for Brussels to punish the UK if its public has the temerity to vote to leave the EU. Among the measures under discussion are to expedite Britain’s removal from all EU treaties rather than let negotiations drag on, as well as restrict the “passporting” of financial services, which allows foreign-owned companies to do business with the EU via offices located in Britain.
“I would be very tough [on this point],” said Sylvie Goulard, a French MEP who sits on the committee for economic and monetary affairs.
Read more »
Posted by Angelo Agathangelou at 1:31 pm No comments:

Frustrations Of Telling the Truth

By Paul Craig Roberts: Some readers who read the sample of appreciation expressed for my columns want to know about the abuse. Why not.
Some examples: If I criticize the Israeli government for abusing Palestinians and stealing their country, the Israel Lobby accuses me of being an anti-semite who wants to repeat the holocaust. In the same batch of emails, anti-semites denounce me for being too easy on Israel and covering up for the Jewish conspiracy against mankind.
When I write about the One Percent using the government to loot the economy, I receive emails blaming me because I worked for Reagan “who started it all by cutting tax rates for the rich.”
These people have no conception of supply-side economics, its purpose, success, and the way it prepared the way for Reagan to negotiate the end of the Cold War. At one point in their lives they read a left-wing screed against Reagan, and that is the extent of their understanding. But they are full of blind hate.
When I write about Washington’s crimes against other countries, I receive emails asking me where I was during Iran-Contra and Grenada. Apparently, they think that a Treasury official can run the State Department and Pentagon.

Baby Foreskins And The Vanity Of Women

Golden Eagle-owl: Two Minutes To Midnight
We [men and boys] are now officially like crops, grown and harvested.
Read more »
Posted by Angelo Agathangelou at 5:27 am No comments:

I Saw The Real Guantanamo And It Changed My Life

By Joseph Hickman: Ten years ago today, I was on duty as the sergeant of the guard at Guantanamo Bay, Cuba (GTMO). While I was standing in a watchtower inside Camp Delta overlooking the detainees, I saw something that would radically change my life. 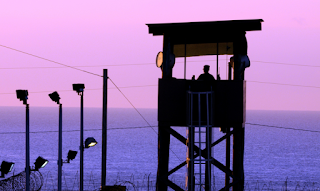 I witnessed three detainees leave the camp in a white van and be transported to a top secret CIA facility, only to return to the camp a few hours later, dead. Over the next few hours, after the bodies returned to Camp Delta, I watched a cover-up being orchestrated by the GTMO Command. My commander flat-out lied to the media about what happened, claiming the detainees committed suicide in their cells as a form of asymmetrical warfare.
That day ten years ago shook the foundation of all I thought to be true. Prior to that night, I was a “true believer”—I was a proud soldier in the U.S. Military, I was one of the good guys in the Global War on Terror. After that night, I began to question those beliefs.
When I first arrived at GTMO a few months prior to that evening, I had my doubts about whether GTMO was a humane place. I was appalled at the conditions of the camp and the treatment of the detainees. But somehow I always found a way to rationalize what I saw.