By Author Douglas Galbi: About 2700 years ago, the Greek poet Archilochus wrote to his ex-mistress: “many a sightless eel you have taken in.”[1] The brutish image of a “sightless eel” figures men’s penises. Cultural disparagement of the penis was a component of castration culture and supported highly discriminatory, harshly oppressive regulation of men’s sexuality in ancient Greece. 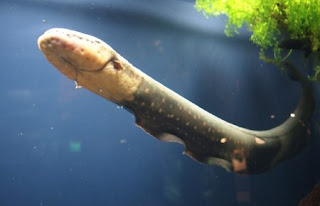 Just as in modern criminalization of sex, offenses were socially constructed to have men as perpetrators and women as victims. The ancient Greek term moichos refers to an man engaging in consensual, illicit sex with a woman. No corresponding term exists for a woman engaging in consensual, illicit sex with a man. Rape similarly in ancient legal systems was defined as a man forcibly having sex with a woman.[2] That sex bias in criminalization has a long shadow. Until 2012, the U.S. Uniform Crime Reporting system defined rape as a crime that men perpetrated against women. With respect to rape understood as forced intercourse, more women rape men than men rape women. The gender difference in common understanding of rape reflects the social construction of men as crime perpetrators and women as crime victims.

No, Single Mothers, Father’s Day Is Not Your Day

The obnoxious narcissism that purports the stupid message that single mothers count on Father’s Day because they have to be both the mother and the father is just asinine gender politics and takes away from the influential role that fathers play.
By Jordan Holbrook: Another day on Twitter and more idiotic tweets, “father’s day shout out to all the mom’s working overtime” and other such garbage. Honestly, the mental gymnastics that take place just to erase men from one of their few days a year is staggering. The majority of these tweets seem to originate from the US, so tell me, on 4th July will you tweet about all the Brits who helped secure you your independence? I won’t hold my breath. 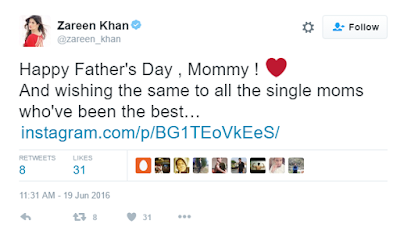 Read more »
Posted by Angelo Agathangelou at 9:52 pm No comments: Links to this post


There is nothing now you can’t expect, nothing’s against the odds,
there are no miracles, now Zeus the father of the gods
has turned noonday into night and hidden the bright sun
out of the sky, so clammy dread came over everyone.
From now on all is credible, and like enough to be:
let none of you now be surprised at anything you see,
not even if land animals switch to where dolphins roam,
and the salt sea and the crashing waves become their chosen home,
while dolphins take a fancy to the mountains and the trees. [1]

The poem then takes a surprising turn.

There are few things in the world so thoroughly despicable and deserving of immediate destruction as the fiction of an ideal cause artificially set up to elicit enthusiasm in the service of the contriver’s aims. - Konrad Lorenz
By Doug Mortimer: Imagine a band of arrogant, hyper-emotional college students taking over the dean’s office. They have an agenda and refuse to leave until their demands are met. One of them latches onto a bullhorn and reads off the demands one by one. They include:

(1) The establishment of an administration-supported, fully-funded men’s rights group. (2) That the college divest itself of any holdings in corporations that discriminate against men or promote feminism.
(3) That the college immediately undertake a male recruitment program until the student body is 50/50 men/women.
(4) A safe space for all men who identify as MGTOW. 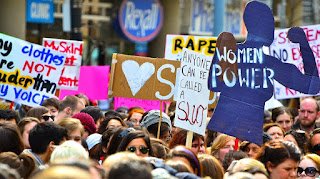 MRA social justice warriors? Impossible? Ridiculous? Well, let’s take a closer look.
The explanations for the rise of the social justice warriors are numerous; they’ve been coddled and indulged, they’re spoiled, they’re cult members, they’re mentally ill, they’re narcissists… or whatever.
Consider the possibility that they are merely doing what comes naturally to the young: that is, displaying militant enthusiasm.

Read more »
Posted by Angelo Agathangelou at 4:44 pm No comments: Links to this post

Greeks Send An Open Letter To UK Citizens About Brexit

By Tyler Durden: The Amesi Dimokratia Press writes to advise us that they are sending a document signed by Greek personalities from political parties and groups, as well as from the cultural field, addressed to the people of the United Kingdom regarding their Referendum to remain in the EU or not.


The open letter is an act of solidarity from Greeks to the British people, so that they may have essential information and make informed decision in the Referendum. Your Battle of Britain in the 23rd of June 2016 will be against the new Axis powers of the Eurounion, which occupies our Europe and tries to split the UK society through fear.

We experienced this in Greece, starting some years ago, when their troika instrument (with decisive role from the EU regime) started trying to split our society and occupying our country again.

We fought together against the Axis powers of the 20th century and now we are fighting them again in the 21st century. We fought for freedom, independence, justice and the human values included  as ideals of Hellenism. We fight for the same today and as in the 20th century, we will both win again.

Why Focus On Men's Issues? Part 1

CAFE Values & Principles
The DNA of CAFE
Posted by Angelo Agathangelou at 11:03 am No comments: Links to this post

Max and Stacy discuss Ronald Reagan’s warning that inflation is as ‘violent as a mugger, as frightening as an armed robber and as deadly as a hit man,’ yet forgetting to warn us that so were his own trade and economic policies.

Read more »
Posted by Angelo Agathangelou at 9:16 am Links to this post

Lying For The Cause Is A Kosher Procedure

Gilad Atzmon on http://www.muslimpress.com/: Despite the fact that ISIS has threatened Hamas, Israeli Intelligence minister Israel Katz said there was “cooperation” between Hamas and ISIS. What’s your opinion about this?
I tend not to take any Israeli statements seriously. Monitoring Israeli politics for 2 decades has taught me that lying for the cause is a kosher procedure. Israel attributes the ‘Isis’ title to its enemies in order to buy sympathy from the West.

Although some European countries are worried that at any moment ISIS might attack their countries, Israel does not seem to be worrying too much about that. What makes Israel safe against ISIS attacks?
This is true and it does not surprise me. If I were amongst Isis’ military decision makers I would want to avoid Israel at this stage. Isis’ present objectives are to expand within Islamic societies. Why should Isis pick a fight with Israel at this stage?  Also, at the moment, Isis is struggling to survive the battlefield and defend its own capital.
I also want to mention that some respected commentators insist that Isis is, in fact, an Israeli creation. This would be another possible answer to your question, but I am not in any position to access whether this is the case.

Feminists Know They Are Losing

"They are losing their ability to authoritatively dictate what reality is to the rest of the culture and they're talking about the successes of elements of the men's rights anti-feminist movement in unseating them as the single and authoritative voice." Said johntheother.