'The British vote was actually a vote against Goldman Sachs, Soros, Friedman and cultural Marxism, but most of them do not know it yet.'
By Gilad Atzmon: Yesterday Britain voted to leave the EU. The causes of this result have been known for a while. More than half of the Brits are dismayed by the level of immigration, multiculturalism, lack of job opportunities, global capitalism, evaporation of manufacturing and a housing bubble that leaves most young Brits without the prospect of a decent future.

The Brexit was an outlet for these legitimate frustrations. Yet the problematic symptoms listed above have little to do with the EU or Brussels. Their root cause lies elsewhere.
Immigration and multiculturalism (that is; the ideology designed to suppress expression of chauvinism) are integral to cultural Marxist ideology. Britain, like the rest of the West, has been subject to an invasive and brutal paradigm designed to vitiate the working class. Flooding Britain with immigration was a conscious political act pushed by the Jewish left and the Jewish lobby. This is explainable. Jews have good reason to be fearful of the working classes. Historically, it has been the working classes that turned against the Jews.

Read more »
Posted by Angelo Agathangelou at 11:53 pm No comments:

The Campaign To Undermind The Vote

By Richie Allen: It’s been an amazing 24 hours, it really has. When the polls closed across the UK at 10PM last night, I was deflated. A YouGov poll suggested that Vote Remain would carry the day by a margin of two to three points. Even UKIP’s Nigel Farage conceded remain was likely to win. Boris Johnson, speaking to commuters on the tube, as he made his way home, appeared despondent and pessimistic. 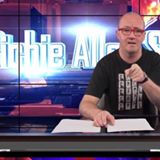 Nobody could have guessed that less than 24 hours later, the British political landscape would have changed utterly and Prime Minister David Cameron would resign on live television, having lost the referendum he called, only four months ago. Leave carried the day, winning by a four point margin. The British people have spoken. Well, the British people have screamed actually.
Cameron said in his farewell address, that is important that the will of the people be accepted and that the British government should move quickly. He said that article 50 of The Lisbon treaty, should be triggered ASAP. That sounded good. Cameron had said while campaigning, that in the event Vote Remain lost, there would be no delay in informing Brussels of the UK’s intention to leave and to begin a period of negotiation over the UK’s future relationship with the union. That’s what he said then and that’s what he said today.
But I am worried. This afternoon, former mayor of London Boris Johnson and current justice secretary Michael Gove, the leading lights in the Vote Leave team, said there was no rush to invoke article 50.

Read more »
Posted by Angelo Agathangelou at 9:02 pm No comments:

Corbett: Britain has voted to leave the EU! Cameron is stepping down as Prime Minister! The EUreaucrats are holding crisis meetings to avoid a EUpocalypse! No, this is not the end of the road, merely the beginning of the beginning. But let's pause for just one second to celebrate a bit of good news.
Posted by Angelo Agathangelou at 7:38 pm No comments:

The Brexit Vote + More On Brexit + Despite The Vote, The Odds Are Against Britain Leaving The EU

By Paul Craig Roberts: What does it mean?

Hopefully, a breakup of the EU and NATO and, thereby, the avoidance of World War III.
The EU and NATO are evil institutions. These two institutions are mechanisms created by Washington in order to destroy the sovereignty of European peoples. These two institutions give Washington control over the Western world and serve both as cover and enabler of Washington’s aggression. Without the EU and NATO, Washington could not force Europe and the UK into conflict with Russia, and Washington could not have destroyed seven Muslim countries in 15 years without being isolated as a hated war criminal government, no member of whom could have travelled abroad without being arrested and put on trial.
Clearly, the presstitute media lied about the polls in order to discourage the leave vote. But it did not work. The British people have always been the font of liberty. It was the the historic achievements of the British that transformed law into a shield of the people from a weapon in the hands of the state and gave accountable government to the world. The British, or a majority of them, understood that the EU is a dictatorial governing mechanism in which power is in the hands of unaccountable people and in which law can easily be used as a weapon in the hands of unaccountable government.

Read more »
Posted by Angelo Agathangelou at 5:48 pm No comments: 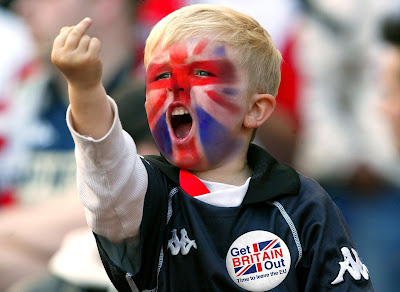 By Isra Saleh El-Namey: A group of Gaza fishermen were working an early morning shift when the Israeli navy opened fire.
Rajab Abu Riyala and his brother Khaled were shot during that 31 May incident. A bullet had to be removed from Rajab’s knee as a result.
They were among five fishermen arrested on two vessels by Israel. All were brought to Ashdod, a port in present-day Israel, and were detained for most of the day. Both of the vessels were confiscated. “Every Gaza fisherman who is arrested undergoes a long and cruel process of interrogation and strip searches,” said Bashir Abu Riyala, one of the five. 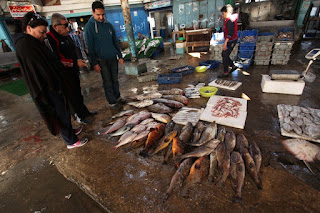 Bashir, a cousin of Rajab and Khaled, questioned why Israel behaves as if fishermen are a security threat. “The way they harass us cannot be tolerated,” he said. “Each time they arrest fishermen, they fail to get the information they are looking for. We do not know anything. All we want is to fish freely and safely.”
Bashir thinks it is unlikely that the vessel will be returned to them.
Due to the confiscation, he and his cousins are now out of work.
The fishermen were within three nautical miles of the Gaza coast, a zone in which Israel theoretically allows fishing to take place.
Israel has repeatedly attacked fishermen working within those limits.

Read more »
Posted by Angelo Agathangelou at 2:13 pm No comments:

A Feminist Leader Who Became A Men's-Rights Activist

Karen DeCrow served as president of the National Organization for Women, but she often broke with feminist orthodoxy. 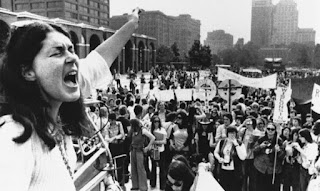 By Cathy Young: Karen DeCrow, the feminist attorney and author who served as president of the National Organization for Women from 1974 to 1977, died of melanoma last Friday at 76. Although her passing was widely noted in the media, most the obituaries and tributes overlooked the more unorthodox aspects of her work. A lifelong champion of women’s rights, DeCrow was nonetheless skeptical about many key aspects of latter-day feminism, including its focus on sexual violence and male abuse of women. She was also, for much of her career, a men’s-rights activist.
DeCrow raised eyebrows in 1981 when she served as defense counsel to Frank Serpico, the former New York detective and whistleblower, in a paternity suit. Serpico claimed the plaintiff had used him as a “sperm bank” and lied about being on the Pill while knowingly trying to conceive, and asserted that he had a constitutional right not to become a parent against his will. (The family-court judge, a woman, ruled in Serpico’s favor, but he lost on appeal.)

Read more »
Posted by Angelo Agathangelou at 7:26 am No comments:

MGTOW HYBRID: Women used to make songs with messages telling men that they need to be successful in order to date them. Well now MGTOW has leveled the playing field so men should require the same. Men should avoid women who are scrubs.
Posted by Angelo Agathangelou at 1:47 am