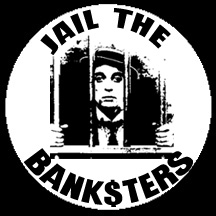 By Don Quijones: The prophets of Project Fear reaped what they’d sown, as financial carnage spread across global markets on news that a slim majority of British voters had done the unthinkable by drowning out the relentless doomsaying and voting to leave the European Union.
The pound sterling plunged 8% against the dollar, to $1.37, its lowest level in three decades. The euro fell 1.93%, in itself a huge one-day move for a major currency. UK stocks surrendered over 3% of their value. But that was nothing compared to the havoc unleashed in other European stock markets.
Germany’s DAX plummeted 7%; France’s CAC 40 over 8%. But even that pales compared to what happened in Spain and Italy: the IBEX 35 plummeted 12.3% and the FTSE MIB 12.5%. It was their worst day on record.
The UK economy may be in for a hellishly bumpy ride in the months and years ahead, but the fact that London’s FTSE 100 was Europe’s least worst performing stock market on this day of all days suggests that Europe’s biggest financial risks probably lie elsewhere. And that is in euro land, in particular on its southern flank.
The unpalatable truth, as even the former governor of the Federal Reserve, Alan Greenspan, conceded today, is that the euro “is failing”:

It is a very serious problem in that the southern part of the euro zone is being funded by the northern part and the European Central Bank.


Groundwork For The Metaphysics of MGTOW:
Our young sluthopper received ancient MGTOW secret.
Man: Master, I have come of age and my friends and family wish that I marry. What am I to do?
Master: Ahh. Young Sluthoppa, you ask wise question. And village, foolish for filling young sluthoppa head with problem that is not problem. But will you hear wise answer.
Ostrich stand on two feet. Man with girlfriend stand on one foot. Married man stand on no feet. MGTOW says, be like Ostrich.

Read more »
Posted by Angelo Agathangelou at 9:30 pm No comments: Links to this post

Brexit Means We Need To Challenge Everything

Morris: The system is rigged against us the people. The system has to be changed so that we really have diversity with less regulation.
Posted by Angelo Agathangelou at 6:59 pm No comments: Links to this post

The Lonely Single Men Of MGTOW

'If he connects with MGTOW, he can find help from those who have suffered through more social and institutional oppression than most women will ever know.'
By Tim Patten: Around the world, a large and growing contingent of males are sounding a clarion call about the dark side of marriage. In doing so, they are drawing scorn and being contemptuously regarded as “lonely hearts,” “loners,” “losers,” “women-haters” and “recluses.” But nothing could be further from the truth. They have made an informed and rational choice based on modern day realities and a keen understanding of what is important. What follows is an exploration of the world of Men Going Their Own Way (MGTOW) and the lives that these individuals choose to lead. 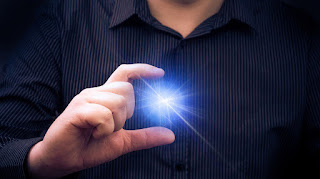 Since no-fault divorce laws were enacted in 1970, over 50 million American men have endured oppressive divorces initiated by their wives. Ironically, if not for the fact that females roundly criticize males who avoid the marriage commitment, it is the wives who are choosing to break their vows to more than one million men each year. These women are massacring families, instigating frantic disarray among loved ones, and derailing the expectations of innocent children, creating panic and a fear of the unknown.

Read more »
Posted by Angelo Agathangelou at 12:17 pm No comments: Links to this post

Karen Straughan: I don't know if this guy's name is Eric, but I have to call him something, and SJW101, the political gamer doesn't exactly roll off the tongue.

Released on the PBS website last week, 'Are you sexist? Take this quiz' appears gauge the level of 'hostile' and 'benevolent' sexism present in the character of respondents - however - around 90% of the way through it's wordy preamble we find: "These 22 questions aren’t designed to diagnose a respondent as sexist or not". - I would never expect a tacky Mickey Mouse quiz like this to actually have the capability of diagnosing respondents as 'sexist or not', but in a strange way, the world would be a bit nicer place if the airheads that produced the quiz believed it did. Does that make sense?

Once Occupation Ends, Resistance Will Disappear

Abbas Speech in EU Parliament Enrages Israel
RT: The Palestinian president has asked the EU to shield his people from Israeli provocations, as he accused Tel Aviv of breeding fascism and the IDF of carrying out “unlawful killings.” Israel lashed out against the speech, calling it a “blood libel.”
“Israel has turned our country into an open prison,” Palestinian Authority Chairman Mahmoud Abbas told the European Parliament, accusing the Jewish government of becoming more extreme and acting in a fascist manner. “Israel is experiencing a tendency toward violence and extremism, and this is expressed in settler terrorism.”

Read more »
Posted by Angelo Agathangelou at 5:53 am No comments: Links to this post

Brexit = Death Of The Technocrats

My political opinions lean more and more to Anarchy (philosophically understood, meaning abolition of control not whiskered men with bombs) … the most improper job of any man, even saints (who at any rate were at least unwilling to take it on), is bossing other men. Not one in a million is fit for it, and least of all those who seek the opportunity.
– J. R. R. Tolkien

By Michael Krieger: What transpired last night in the United Kingdom represented one of the most extraordinary expressions of democracy in my lifetime. When faced with an event of such monumental significance, it’s difficult to pick any particular direction for a post like this. I have so many thoughts running through my mind and so many angles I could potentially address, it’s simply impossible to do them all justice. As such, I’ve decided to focus on one very meaningful implication of Brexit: death of the technocrats.
To start, I want to dive into one of the more interesting controversies from the weeks leading up to the vote. What I’m referring to is the statement made by Vote Leave’s Michael Grove regarding “experts.”
From the Telegraph: On Friday night, during an interview on Sky News about the EU, Faisal Islam challenged the Justice Secretary to name a single independent economic authority that thought Brexit was a good idea. Mr Gove’s response was defiant.

United States Bombings Of Other Countries

It is a scandal in contemporary international law, don’t forget, that while “wanton destruction of towns, cities and villages” is a war crime of long standing, the bombing of cities from airplanes goes not only unpunished but virtually unaccused. Air bombardment is state terrorism, the terrorism of the rich. It has burned up and blasted apart more innocents in the past six decades than have all the antistate terrorists who ever lived. Something has benumbed our consciousness against this reality. 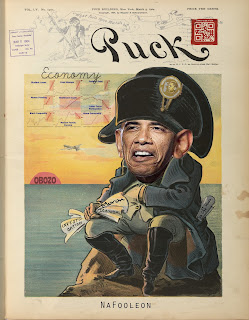 In the United States we would not consider for the presidency a man who had once thrown a bomb into a crowded restaurant, but we are happy to elect a man who once dropped bombs from airplanes that destroyed not only restaurants but the buildings that contained them and the neighborhoods that surrounded them. I went to Iraq after the Gulf war and saw for myself what the bombs did; “wanton destruction” is just the term for it. – C. Douglas Lummis, political scientist
By William Blum: The above was written in 1994, before the wanton destruction generated by the bombing of Yugoslavia, another in a long list of countries the United States has bombarded since the end of World War II, which is presented below.