The MHRM: Jesse Velay-Vitow "From Advocacy to Activism"

"With the growth of our community and an increase in numbers it affords us an opportunity to be more public and bolder with our advocacy work. But translating our convictions into action is not always easy; I myself struggle with this. Sometimes I worry about how the people around me will react. But someone who has inspired me to dare to speak my mind more often is our presenter today. Aside from being a physics major at SFU, and President of SFUAMB, he is a sharp logician. Most importantly he does not allow the fear of social disapproval to silence him. He does not freeze in the fight of ideas; he walks toward the fire."
Posted by Angelo Agathangelou at 11:03 pm No comments: Links to this post

Women Of The World, Western Women Pity You

Karen, Alison, Mike and TL;DR as they discuss the very heavy burden of western women being more awesome than any other woman!

StudioBrule: From the Failure of Family Court to Equal Shared Parenting

S.Kalibre - Death Calling (Produced By Slap Up Mill)
Posted by Angelo Agathangelou at 3:47 pm No comments: Links to this post

Marina, Love Goddess As Well As Saint, Is True Heroine To Men

By Author Douglas Galbi: Probably first known from the fifth century GC, Saint Marina the Monk is a saint for men falsely accused of rape. But the demonization and criminalization of men goes beyond rape-hate culture and castration culture to broad lack of appreciation for men’s genitals and men’s sexual labor. The sixth-century Vandal poet Luxorius almost surely knew of Saint Marina. Expanding poetic understanding of Marina, Luxorius figured her as the traditional Greco-Roman love goddess Aphrodite in a brilliant poem that honored and celebrated men’s sexuality.

About a woman called Marina
A certain man fucked Marina like a raging hot concubine.
The adultery is making salty waves.
Not with blame, but rather with praise is this to be reported;
it commemorates Venus, who was born in the sea.
{De muliere Marina vocabulo
Quidam concubitu futuit fervente Marinam.
fluctibus in salsis fecit adulterium.
non hic culpandus, potius sed laude ferendus,
qui memor est Veneris, quod mare nata foret.} [1]

Read more »
Posted by Angelo Agathangelou at 12:20 pm No comments: Links to this post

The Rapey World Of Feminists

Feminism LOL: Even supporters of the “feminist lens” know it is fish-eyed. Feminism is not the cure, it is the cancer.

Why The British Said No To Europe

By John Pilger: The majority vote by Britons to leave the European Union was an act of raw democracy. Millions of ordinary people refused to be bullied, intimidated and dismissed with open contempt by their presumed betters in the major parties, the leaders of the business and banking oligarchy and the media.
This was, in great part, a vote by those angered and demoralised by the sheer arrogance of the apologists for the "remain" campaign and the dismemberment of a socially just civil life in Britain. The last bastion of the historic reforms of 1945, the National Health Service, has been so subverted by Tory and Labour-supported privateers it is fighting for its life. 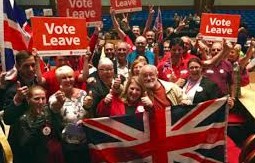 A forewarning came when the Treasurer, George Osborne, the embodiment of both Britain's ancient regime and the banking mafia in Europe, threatened to cut £30 billion from public services if people voted the wrong way; it was blackmail on a shocking scale.
Immigration was exploited in the campaign with consummate cynicism, not only by populist politicians from the lunar right, but by Labour politicians drawing on their own venerable tradition of promoting and nurturing racism, a symptom of corruption not at the bottom but at the top. The reason millions of refugees have fled the Middle East - irst Iraq, now Syria - are the invasions and imperial mayhem of Britain, the United States, France, the European Union and Nato. Before that, there was the wilful destruction of Yugoslavia. Before that, there was the theft of Palestine and the imposition of Israel.

Read more »
Posted by Angelo Agathangelou at 8:53 am No comments: Links to this post

Israel Should Be Deeply Disturbed By The Brexit Vote 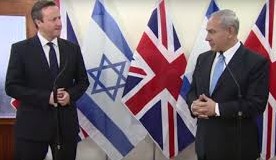 Jonathan Cook: The common wisdom, following Britain’s referendum result announced on Friday, holds that the narrow vote in favor of leaving the European Union – so-called Brexit – is evidence of a troubling return across much of Europe to nationalism and isolationism. That wisdom is wrong, or at least far too simplistic.
The outcome, which surprised many observers, attests to the deeply flawed nature of the referendum campaign. That, in turn, reflected a key failing of modern politics, not only in Britain but in most of the developed world: the re-emergence of an unaccountable political class.
The most distinctive feature of the campaign was the lack of an identifiable ideological battlefield. This was not about a clash of worldviews, values or even arguments. Rather, it was a contest in who could fearmonger most effectively.
The Brexit leadership adopted the familiar “Little Englander” pose: the EU’s weak border controls, the influx into the UK of East Europeans driving down wages, and the threat of millions of refugees fleeing crisis-zones like Syria were creating a toxic brew that emptied of all meaning the UK’s status as a sceptred isle.

Read more »
Posted by Angelo Agathangelou at 6:47 am No comments: Links to this post

Boris Johnson Emerges, Explains What "The Only Change" As A Result Of Brexit Will Be

'The verdict of history will be that the British people got it right.'
By Tyler Durden: With both David Cameron and George Osborne having vaporized and seemingly no one ready (or willing) to take charge in this transition period in which Cameron is no longer the effective PM, yet is unwilling to trigger Article 50, many have been looking to the presumptive next PM, Boris Johnson, to emerge and say a few encouraging words, which he seemingly evaded most of the weekend. However, at 10pm local time, a long overdue BoJo Op-ed graced the pages of the pro-Brexit telegraph, in which the former London mayor says that he "cannot stress too much that Britain is part of Europe – and always will be", writes that he believes "that this climate of apprehension is understandable, given what people were told during the campaign, but based on a profound misunderstanding about what has really taken place", but the key statement, and the one all of the understandably confused "Leave" voters will be looking for is Johnson's explanation of what he thinks will change. To wit:

The only change – and it will not come in any great rush – is that the UK will extricate itself from the EU’s extraordinary and opaque system of legislation: the vast and growing corpus of law enacted by a European Court of Justice from which there can be no appeal. This will bring not threats, but golden opportunities for this country – to pass laws and set taxes according to the needs of the UK.

Read more »
Posted by Angelo Agathangelou at 4:37 am No comments: Links to this post

Via AVfM: Dirtpatchheaven has these live shows where she does whatever and talks about whatever; and when she has guests, she calls these shows, “Braid Girls.” Today’s Braid Girls was a surprising topic about how to raise boys into men. Assuming they aren’t Advocates of Men’s Rights, they hit on many of the MRA talking points, and how women differ from men in regards to dealing with youth, and how men are treated.
Posted by Angelo Agathangelou at 2:36 am No comments: Links to this post 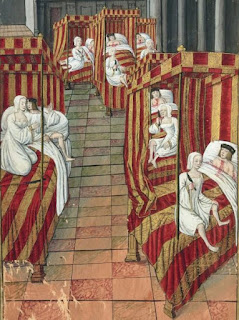 By Author Douglas Galbi: I, Lynceus, send this letter to my virgin wife Hypermnestra, sister of my brothers’ murderers, the Danaides.
My dreams recall you, dreams brighter than the beautiful day, and I find you there, although you are absent from this place. Sleep does not hold onto its delights long enough. Often I dream that your arms are around my neck, and I recognize in sleep your kisses that you used to give and take with your tongue. Sometimes I delude myself and speak words that seem like the truth. Then my mouth keeps watch over my senses. Yet I’m ashamed to mention the things that happen beyond this … but I’m not permitted to sleep dryly, all happens, and I delight.
Why did I take more pleasure than I should in your golden hair, and your comeliness, and the lying favors of your tongue? If not, once your hostile ship had beached on our sands, and had brought you young Danaides here, what great treachery would have died with you, you wicked women! What great evils would have been averted from my brothers’ lives!