'Listen up, Remainiacs –
it’s not foreigners we have a problem with – it’s you.'
By William Collins: Let me confess immediately to being a hypocrite. I have previously expressed the view that it would be best not to let MHRM issues get bogged down in the quagmire of recriminations that is the post-referendum mayhem. Chalk me up as a backsliding toerag….but there is a common cause….. 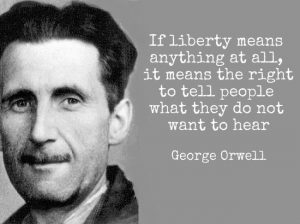 My reason for voting for Brexit had absolutely nothing whatsoever to do with immigration or the economy (you know, the only issues you ever heard mentioned on the BBC). It was entirely, 100%, the issue of democracy. Specifically it was about salvaging democracy in the UK from the profoundly anti-democratic EU.
I had not anticipated that the after-shock of the pro-Brexit outcome would provoke so graphic an illustration of how deeply the anti-democratic mindset has already captured the UK public. Just look at the evidence.
The reaction from the Remainiacs was to demand another referendum. The reason? They tell us that the result was a bad day for democracy. Why? Well, because democracy is supposed to come up with the Correct result. But it didn’t. It came up with the Incorrect result. So democracy has failed. You see?

US Imperialism BREXIT Culprit + Brexit Vote, What It Means For Subsequent Strategies Against The New World Order

How Western Military Interventions Shaped the Brexit Vote
By Michael Hudson: Michael Hudson argues that military interventions in the Middle East created refugee streams to Europe that were in turn used by the anti-immigrant right to stir up xenophobia.
Michael Hudson. He is a research professor of economics at the University of Missouri-Kansas City, and author of Killing the Host: How Financial Parasites and Debt Destroy the Global Economy. Also, he is an economics adviser to several governments, including Greece, Iceland, Latvia, and China. He joins us right now from New York City.

Greenspan Warns A Crisis Is Imminent, Urges A Return To The Gold Standard

By Tyler Durden: On Friday afternoon, after the shocking Brexit referendum, while being interviewed by CNBC Alan Greenspan stunned his hosts when he said that things are about as bad as he has ever seen.
"This is the worst period, I recall since I've been in public service. There's nothing like it, including the crisis — remember October 19th, 1987, when the Dow went down by a record amount 23 percent? That I thought was the bottom of all potential problems. This has a corrosive effect that will not go away. I'd love to find something positive to say."
Strangely enough, he was not refering to the British exodus but to America's own economic troubles.

Today, Greenspan was on Bloomberg Surveillance where in an extensive, 30 minutes interview he was urged to give his take on the British referendum outcome. According to Greenspan, David Cameron miscalculated and made a “terrible mistake” in holding a referendum. That decision led to a “terrible outcome in all respects,” Greenspan said. "It didn’t have to happen.” Greenspan then noted that as a result of Brexit, "we are in very early days a crisis which has got a way to go", and point to Scotland which he said will likely have another referendum on its own, predicting the vote would be successful, and Northern Ireland would “probably” go the same way.

Bearing: The Satiratician and I take a look at a very awkward yet supremely self-righteous Asian feminist. With an absolute blind faith in feminism and all of it's usual propaganda, she subjects us to the typical 'I'm right and you're oppressing me' arguments and strives to educate the toxic masculinity out of us.

Read more »
Posted by Angelo Agathangelou at 2:02 pm No comments: Links to this post

An Open Letter To David Penberthy 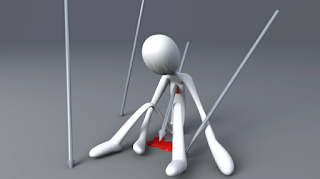 By Mark Dent: For those who do not live in Australia, here is a brief synopsis of the events referred to in the article to which I have responded. On a day in which a number of media figures and celebrities gathered at the biggest Football Stadium in Australia (the MCG) to raise money for research into Motor Neurone Disease, there was some on-air banter between a few football commentators. All of the celebrities were going to hop on a slide and plunge into an icy cold pool of water. There is a well-known female journalist by the name of Caroline Wilson. She has made many enemies with her nasty, take no prisoners style of journalism and a couple of those enemies joked bout the idea that next year Wilson could be the celebrity chosen to slide into the icy water.

Understanding Brexit: The Powerless Press Their Thumb In The Eye Of The Power Elite

By Charles Hugh Smith: The premier strategy for retaining power is to give the powerless a carefully managed illusion of decision-making and autonomy. Having a say over one’s life and choices is called agency, and it is the illusion of agency that makes democracy such a powerful tool of control. 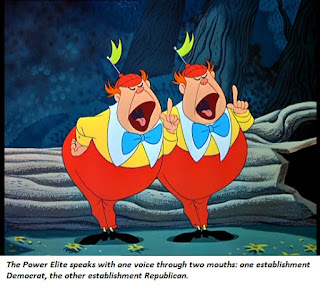 The second most effective means of maintaining power is to limit the choices offered the powerless. Offering the powerless false choices, i.e. the choice between two functionally equivalent options, provides the comforting illusion of agency while insuring that the status quo Power Elites remains in charge, regardless of the choice made by the powerless.
For example, give the powerless a choice between Tweedle-Dum (Republicans/Tories) and Tweedle-Dee (Democrats/Labour). Whomever they elect, the self-serving Power Elite of entrenched interests and wealth remains firmly in charge, for the Power Elite speaks with one voice through two mouths, one Establishment Democrat/Labour, the other Establishment Republican/Tory.

Why Did The UK's Young Vote #Remain? They Miss Daddy. 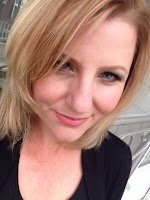 By Janet Bloomfield (aka JudgyBitch): Watching liberals collapse in perplexed hysterics over the Brexit decision has been highly entertaining, and while I’m certain the best is yet to come, given the demographics of the Remainiacs, who skew young, a few things stand out already. First is their absurd lack of knowledge about their own freaking history. Over and over again, Remain Millenials have sobbed over how their holidays are gonna be fucked because now they aren’t allowed to travel in Europe. They won’t be able to study, work, or own second homes in Europe now.

According to one weepy snowflake commenting at the Financial Times:


…the younger generation has lost the right to live and work in 27 other countries. We will never know the full extent of the lost opportunities, friendships, marriages and experiences that we will be denied. Freedom of movement was taken away by our parents, uncles and grandparents in a parting blow to a generation that was already drowning in the debts of our predecessors.

What. The. Fuck? Do these fucking morons really believe that Europeans have not traveled, lived, worked or married other Europeans for centuries, or are they so fucking lazy that the simple requirement of having to apply for a goddamn visa or show a passport to a border control agent is too much effort? This is the most preposterous argument Remain peddled, IMO.

Read more »
Posted by Angelo Agathangelou at 6:05 am No comments: Links to this post

Raging Golden Eagle: Maybe we just don't constantly bitch about it... That aside, more of us ARE starting to do just that, with the expected results. But guess what, we don't give a shit anymore :P

Read more »
Posted by Angelo Agathangelou at 3:58 am No comments: Links to this post

"I get to go to Israel and fuck 14 year olds." Said Russell Lindquist
Posted by Angelo Agathangelou at 1:54 am No comments: Links to this post