Groundwork For The Metaphysics of MGTOW: An accounting of the care-focused ethics branch of feminist ethics. This video also helps to understand feminist policy and feminist international policy. - In its traditional formulation, ethics has always been a study of something that is outside of us; something objective that a human being comes to know through the application of reason. The three main normative ethical theories each draw on an abstract base. In utilitarianism, the abstract concept is pleasure, and everything is built around maximizing the greatest amount of pleasure for the greatest amount of people. In deontology, the abstract concept is the "good will". From the concept of the "good will" we derive ethical rules that must be followed. Finally, we have virtue ethics. It is in virtue ethics, the ethics of Socrates,

Read more »
Posted by Angelo Agathangelou at 10:44 pm No comments:

Yanis Varoufakis On The European Constituion, Economic Disintegration And Orwellianism

The former finance minister of Greece and founder of DiEM25 (Democracy in Europe Movement 2025), Yanis Varoufakis, provides us an insight into why the European constitution does not represent the people of Europe and lacks substance. He also talks about disintegration of the European Union, what forces are driving its demise and how Orwellian language is used to hide this.

Read more »
Posted by Angelo Agathangelou at 9:08 pm No comments:

The Tragedy Of Turkish Treachery

By Zaakir Ahmed Maye: The reactions of the Turkish-Israeli rapprochement deal have been have been met with a plethora of emotions. Some Palestinians have argued that despite Turkish rhetoric, national self-interest would always supersede that of the Palestinian people. Others have reflected sentiments of disillusionment at the about turn taken by Turkey which appears to be diametrically opposed to its erstwhile stance on the Palestinians issue. President Recep Tayyip Erdogan’s profile in the solidarity community skyrocketed with his stance Vis-à-vis Shimon Peres in his ‘one minute’ display. There is another grouping that views the by-product of the agreement to be beneficial to the Palestinians of the Gaza Strip and are adamant in depicting a silver lining. 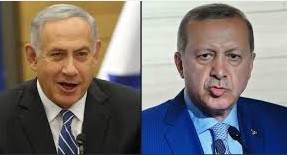 The actual text of the agreement has not filtered into mainstream circulation as yet however the terms contained therein are gradually surfacing. An extensive exposé emerged in the leading Israel publication Haaretz which painted a shocking picture of the deal. There is not a shadow of doubt that one of the crucial motivators behind this deal was economics. Israel’s Netanyahu alluded to this crucial aspect on the 27th June 2016 stating that the deal has “immense implications for the Israeli economy”. Haaretz ventured to shed further light on the matter by alluding to a gas pipeline deal between Turkey and Israel. Turkey is viewed as the gateway to Europe and the portrayal of Turkey is a lucrative incentive for both countries. Interestingly, the first gas fields were found off the coast of the Gaza Strip in the early 2000’s. This was viewed even by the Israeli regime as property of the Palestinian people. In 2011, Israel National News ran a story titled “PA Claims Israel Steals Gas in Exploration of Gaza Waters” which would come as no surprise as the State of Israel is premised on the dispossession of Palestinian natural resources which include but are not limited to land and water resources.

Read more »
Posted by Angelo Agathangelou at 7:20 pm No comments:

"Women are human beings, men are human doings, ...I find this to be not only psychologically dysfunctional, but also ruinous to an individual's enjoyment of life." Said CS MGTOW. Immortal was part of the discussion.
Posted by Angelo Agathangelou at 4:59 pm No comments:

A Message From Liberty + William Banzai7 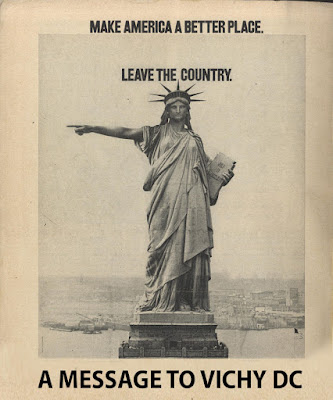 Read more »
Posted by Angelo Agathangelou at 3:05 pm No comments:

MGTOW - Eulogy: He Was A GOOD HARDWORKING Man

MGTOW HYBRID:
MGTOW - This is in remembrance of the average hard working family man.
Posted by Angelo Agathangelou at 10:57 am No comments:

Having learned absolutely ZERO from Brexit.
By Don Quijones: The European Commission, it seems, will never learn. Despite the existential crisis caused by Britain’s decision to leave the EU and the serious questions being raised about the EU’s gaping lack of democratic legitimacy, the European Commission just escalated its assault on European democracy. This week the Commission announced that it would ratify CETA, the controversial trade deal between Canada and the EU, as a unilateral EU agreement, not as a so-called mixed agreement.
What that means is that the national parliaments of the 27 remaining EU member states will have no influence whatsoever over the approval process, even though (or more likely because) the trade agreement will have huge, sweeping effects on the society, governance, and economy of all the nations concerned. In other words, the EU’s democratic deficit, one of the decisive factors in Britain’s decision to sever the cord from Brussels, just got a whole lot bigger. Yet it was barely reported in the press.
Here’s more from Euractiv, one of the few English-language media outlets that actually bothered to cover the story:
Commission President Jean-Claude Juncker reportedly told EU leaders on Tuesday (28 June) that the Commission considers the Comprehensive Economic and Trade Agreement (CETA) an “EU-only” agreement and would propose next week (5 July) a simple approval procedure…
“The agreement we have made with Canada is the best agreement the EU has ever made,” Juncker said,

Max and Stacy discuss the debt singularity that is the other side of the asset price boom balance sheet. In the second half, Max continues his interview with Roy Sebag and Josh Crumb of Bitgold.com/Goldmoney.com about the glass ceiling for wages, anti-fragile crypto currency, energy proof of value, and palladium is the ‘MySpace’ of precious metals.
Posted by Angelo Agathangelou at 5:03 am No comments:

Feminists Behave Badly: Men Have No Reason to Compromise - MGTOW

"This gender antagonism does nothing to advance the unfinished business of equality, if anything the fixation on men behaving badly is a distraction from more fundamental issues such as changes in the work place to promote work life balance." Said The Backlash!

By William Collins aka mra-uk: I have not previously posted any pieces on marriage, divorce, families, children, and child custody. This is not because I don’t consider these issues to be important, but the opposite. I have been rather frightened to approach them. By way of an initial foray, I present here a data tsunami of UK statistics on marriage as a precursor to further pieces on households, families, divorce, children, and child custody (when I have the strength). To avoid drowning in the tsunami proceed straight to the conclusions. 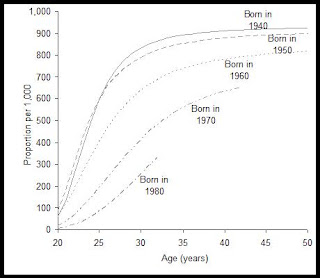 Proportion of men ever married against age; trend over time (click to enlarge)
The data refer to England and Wales unless otherwise stated.
Terminology: The term “single” is used here to denote someone who has never been married (or in a civil partnership) and is at least 16 years old. The term “unmarried” is used to denote someone aged 16 or older who is either single or divorced or widowed.
Table 1 gives the number of single and unmarried people in England & Wales in 2012. These data have been deconvoluted from Tables 2a and 3 of the ONS Marriage summary statistics 2012.