Reflections from St. Petersburg
By F. William Engdahl: For three days this month, June 16-18, I had the opportunity to participate as a panelist in the annual St. Petersburg International Economic Forum in Russia. I’ve been in Russia many times since the Ukraine US-backed coup d’état of February 2014, and the deliberate escalations of NATO military and economic tensions and sanctions against the Russian Federation. This year’s forum, my second as participant, gave me a rare opportunity to speak with leading representatives from every sector of the Russian economy- from CEOs of the energy sector to the Russian Railways to the national Russia Grid electricity provider to numerous small and mid-sized businessmen, to a wide range of economists. It sharpened my perception of just how precarious the situation of Russia today is. 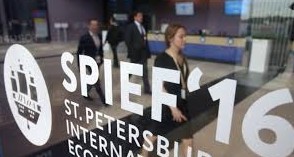 What became clearer to me in the course of the three days of discussions in St Petersburg is precisely how vulnerable Russia is. Her Achilles Heel is the reigning ideology that controls every key economic post of the Government of the Russian Federation under Prime Minister Dmitry Medvedev. Under the terms of the Russian Constitution adopted in the chaos of the Yeltsin years and enormously influenced, if not literally drafted, by Russia’s foreign IMF advisers, economic policy is the portfolio responsibility of the Prime Minister and his various ministers of Economics, Finance and so forth. The Russian President, today Vladimir Putin, is responsible for defense and foreign policy.
Read more »
Posted by Angelo Agathangelou at 11:16 pm No comments: Links to this post

“That whenever any Form of Government becomes destructive of these ends, it is the Right of the People to alter or to abolish it, and to institute new Government, laying its foundation on such principles and organizing its powers in such form, as to them shall seem most likely to effect their Safety and Happiness.” 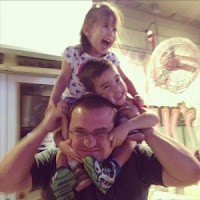 The Dissident Dad: Yesterday, the nation commemorated Independence Day. A celebration of freedom and the concept that all men are equal, with a right to life, liberty, and the pursuit of happiness.
Looking back at history, it’s clear that this was never really true in North America. Not while the colonies lived under Great Britain, and certainly not since the Americans won the Revolutionary War.
Slavery, taxes, and many other government-sponsored aggressions have hindered sovereign individuals from pursuing their unalienable rights since the founding of the nation. Government power continues to be a very real problem, and the larger governments grow, the more abusive they seem to become. In modern America, the tyranny is extremely efficient and subtle when compared to other governments in history.

Posted by Angelo Agathangelou at 1:03 pm No comments: Links to this post

USA: This Is How They Protect Us!

The Latest TSA Horror
“These people think they are God.
They think they can do anything they want.”
By Paul Craig Roberts: A partially blind, partially deaf young woman returning home from treatment for a brain tumor was brutally smashed to the ground by goon tug TSA “security” while her mother, a nurse, was shoved away.
The good tugs responsible should get at least 30 years in a maximum security prison for assault with intent to kill. But nothing will happen to them. Their corrupt bosses always cover up for the psychopaths who occupy so many “security” and police positions from which they exercise unaccountable brutality over those of us forced to pay their salaries. 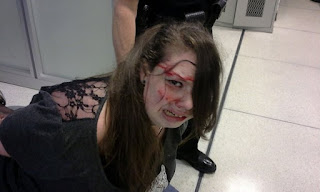 This is America today. We are forced to pay for our own brutilization by a criminal element that has taken refuge in “security” that “protects us.” We are in far more danger from the security forces allegedly protecting us than we are from terrorists. Indeed, the security forces are the terrorists.
Remember, during eight years of the Iraq War, US police killed more Americans than the US lost troops in combat. We needed our soldiers at home protecting us from the police, not over there “protecting” us from Iraqis who were not bothering us at all.

By August Løvenskiolds: During summer days when most college students are away from campus, feminists take a break from faking rapes so that they can go hawking their books. After reading another literally depressing review of Jessica Valenti’s humbragging Sex Object: A Memoir I was pleasantly surprised to happen upon author Bea Appleby’s delightful article Why our 7-year-olds desperately need to learn about feminism. Bea, of course, is shilling for her own book, What is Feminism? Why do we need it? And Other Big Questions. 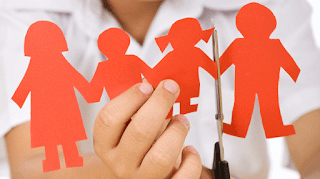 The world is full of evil and teaching the shortie/bambino set about incredible levels of self-serving hate in feminism is a sobering but important step in rearing children to appreciate the ways that feminists exploit both genders. In order to help Miss Appleby share her toxic fruit, I’ve prepared a syllabus of course materials suitable for all ages in order build a greater understanding of feminism in today’s fully equal, multicultural education milieu.
Section One: Be grateful you are alive.
In this section, we will cover how feminists wanted to kill you even before you were born, and how they celebrate killing children like you by “Shouting their abortion” like Lindy West does. Students will be expected to demonstrate an understanding of why they are such burdens on their mothers, and how their very existence is ruining their mom’s personal and professional life.

Feminist Exposed On Television - BIG RED Is Back

Rekt Feminist: I thought I recognized her [Chanty Binx] voice.. yep.. it's her guys. Feminism is cancer.

StudioBrule: Feminists protested and blocked entrance to this lecture by Warren Farrell on November 16, 2012. After the police removed the protesters, Farrell was able to deliver part of his planned lecture, some of which I was able to capture. This video is the first in a series of excerpts that I will publish on Miscellaneous Monday.

Read more »
Posted by Angelo Agathangelou at 2:15 am No comments: Links to this post 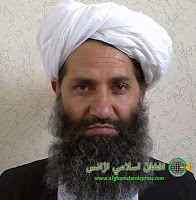 Inquisitr: The Taliban has a new leader, and his message is clear. According to the Hindustan Times, Haibatullah Akhundzada said on Saturday in his first speech since being appointed leader after his predecessor Akhtar Mansour was killed during an American drone strike in Pakistan in May, that the U.S. needs to end its occupation of Afghanistan. “Admit the realities instead of useless use of force and muscle… and put an end to the occupation,” he said on the eve of Eid-ul-Fitr, the Muslim celebration marking the end of the fasting month of Ramadan. “Our message to the American invaders and her allies is this: the Afghan Muslim people neither fear… your force nor your stratagem. They consider martyrdom in confrontation with you as a cherished goal of their life,” he continued. In the same speech, he appealed to neighboring countries to stand together with the Taliban and assist in the fight against the U.S., stating their presence would “harm our mutual interest” and “destabilize the whole region.”

The message came only 2 days after a convoy of buses transporting Afghan police cadets in Kabul was targeted by suicide bomb attacks for which the Taliban claimed responsibility. The attacks left more than 70 wounded and over 30 dead. U.S. officials anticipate more violence in Afghanistan as the new leader has increased clashes on the battlefield and suicide bombings against the U.S.-backed Afghan President Ashraf Ghani’s security forces and officials, who he condemns as “supporters of the occupiers.”