Max and Stacy discuss the biggest topics they see needing a ‘solution’. As the world looks on with fear at the prospect of a Trump presidency, they propose solutions to ‘make America great again’. Maybe better media? Better infrastructure? More political parties and less of the lesser of two evils? In the second half they talk to Professor Steve Keen about his ideas on how to make America great again. They discuss the role of ‘trade deals’ such as Nafta and the TTIP as well as the role of rising debt in the decline of living standards.

Read more »
Posted by Angelo Agathangelou at 11:52 pm No comments:

By David Swanson: The man who murdered police officers in Dallas, Texas, this week had earlier been employed in a massive operation, now in its 15th year, that has killed many thousands of people in Afghanistan. He was trained to kill by the U.S. military using U.S. tax dollars. He was conditioned to believe violence an appropriate response to violence by the examples everywhere to be found in U.S. public policy, history, entertainment, and language. 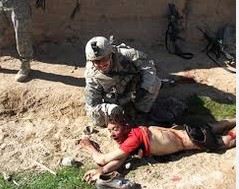 Murdering police officers because some other police officers committed murder is unfair, unjust, immoral, and certainly counterproductive on its own terms. The Dallas killer managed to get himself killed by means of a bomb delivered by a robot. The police could have waited him out but chose not to, and no one indoctrinated to accept violent revenge will blame them. But that technology will spread among police and non-police killers. The airwaves are reverberating with cries for a race war. Greater militarization of the police, not greater restraint, will follow this incident. More lives will be lost. More screams of agony will be heard over loved ones lost.
Murdering people in Afghanistan because some other people who had been to Afghanistan were suspected of committing murder was and is unfair, unjust, immoral, and certainly counterproductive on its own terms - and according to the White House this week it will continue for years to come. Not only did most people in Afghanistan not support the murders of September 11, 2001, but most people in Afghanistan had never heard of that crime. The global war on and of terrorism has been increasing terrorism for nearly 15 years.

Read more »
Posted by Angelo Agathangelou at 9:58 pm No comments:

Venezuela And When People Are Forced To Eat Shit! 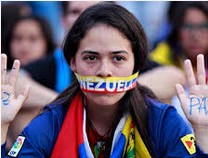 By Andre Vltchek: In a powerful short novel by the Colombian writer Gabriel García Márquez, “No One Writes to the Colonel” (El coronel no tiene quien le escriba) set during the period of “La Violencia”, an old retired colonel struggles to survive, forgotten by the government which promised him a substantial pension some fifteen years earlier. The state is corrupt and brutal, and it had abandoned almost all of those who had fought for the country during the fierce “Thousand Days’ War”.
And so, no one writes to the colonel. No letters, no envelopes with his pension are arriving. The old man and his wife are living alone. Their son had died a few years earlier. Their savings are gone. There seems to be no hope.
The colonel has a rooster. It is a mighty fighting cock. He trains it; the bird is his only chance of survival, it is all that he has left, as well as his pride. At the end of the story, he is approached and offered money for the rooster. He turns the offer down. He would rather go hungry, but he will not be humiliated!
His wife approaches him, asking whether he sold the rooster. He tells her that he did not.
Horrified, she asks: “But what are we going to eat?”
He replies to her, slowly and honestly: “We will eat shit!”


***
The Western mass media is now overflowing with stories about the people of Venezuela, collecting rotten fruit, even garbage, in order to fill their stomachs.
Many of these stories are grossly exaggerated, but it is true that millions in Venezuela are suffering.

Read more »
Posted by Angelo Agathangelou at 4:25 pm No comments:

Bearing: It's been a week of sex scandals, shit posting and other such misbehaviour and I feel I need to air the laundry.

How George Soros Singlehandedly Created The European Refugee Crisis - And Why

The 85-year-old political activist and philanthropist hit the headlines post-Brexit saying the event had “unleashed” a financial-market crisis.
Well, the crisis hasn’t hit Soros just yet.
He was once again on the right side of the trade, taking a short position in troubled Deutsche Bank and betting against the S&P via a 2.1-million-share put option on the SPDR S&P 500 ETF.
More interestingly, Soros recently took out a $264 million position in Barrick Gold, whose share price has jumped over 14% since Brexit. Along with this trade, Soros has sold his positions in many of his traditional holdings. 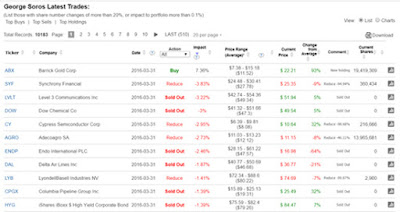 Soros had recently announced he was coming out of retirement, again.
First retiring in 2000, the only other time Soros has publicly re-entered the markets was in 2007, when he placed a number of bearish bets on US housing and ultimately made a profit of over $1 billion from the trades.

Read more »
Posted by Angelo Agathangelou at 12:10 pm No comments:

Pauline Hanson, Australia's answer to Donald Trump, is back on the political stage - this time as a Senator - and we've wasted no time in calling out her bigoted policies on climate change, her racist attacks on Muslims, her heartless views on asylum seekers... But whilst its fun to diss Hanson and her party, One Nation, it's worth keeping in mind that her real danger is one of distraction: like Trump in the US, Hanson receives inordinate attention from the media, saturating our news feeds and providing an even louder platform to spread her demagoguery. That's what this latest Juice Media video is about.
Posted by Angelo Agathangelou at 9:09 am No comments: 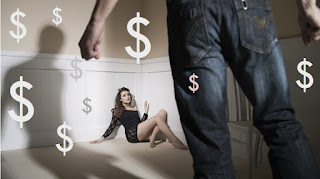 By Bettina Arndt: For years now, all the key players in our well-orchestrated domestic violence sector have been singing from the same page, happily accepting government money to promote the idea that domestic violence is all about dangerous men terrorizing their partners. Malcolm Turnbull is on record boasting that the government is spending “hundreds of millions” of dollars on domestic violence – a tribute to the grip this powerful lobby group has on this country.
But now a few cracks are appearing. Recently an extraordinary article was published in The Daily Telegraph, written by Nina Funnell who has built her career on being a domestic violence “survivor.”
In her article entitled: “Why you should never give a cent to White Ribbon,” Funnell took issue with the suggestion that Eddie McGuire should be required to donate $50,000 to White Ribbon as penance for his remarks about Caroline Wilson. Funnell said that she and many other survivors won’t give a cent to White Ribbon which is just a “fundraising club that made some blokes and a whole lot of politicians feel good.”
It’s just a redemption industry, suggests Funnell.

Read more »
Posted by Angelo Agathangelou at 7:03 am No comments: 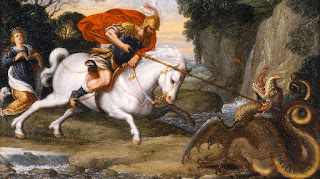 The dominant features of gender relations come from old Europe in the forms of damseling, chivalry and courtly-love. Together they form the customs, in fact the essence, of gynocentric culture.
This holy trinity was crafted into a system of deportment by 12th century French and German aristocrats, setting a trend that spread to all the aristocratic courts of Europe. From those lofty parlors it filtered into popular culture, being transported eventually to the new world on the wings of colonial expansion.
The principle modes of transmission were expositions from upper class men and women; troubadour performances; plays; and notably a new genre of literature referred to as romance literature in which knights were celebrated for saving damsels in distress, and male lovers endured tortuous and trial-ridden tests in an attempt to secure a love bond with a beloved lady.

UK Column: Love has many definitions; but one is certainly to have the patience and care to point out the errors and flaws in another so that they may reform themselves, and by doing so avoid repeating self-destructive behaviour and the mistakes of the past. By this definition, Gilad Atzmon has a great love for the Jewish People although at times he has received great hatred in return. This is because in addition to being a Jazz Saxophonist of note and delight, writer and philosopher, he is also the sharpest and bravest of the critics of contemporary Jewish identity politics.

Read more »
Posted by Angelo Agathangelou at 2:55 am No comments:

JohnTheOther. "If there's no carrot and no stick, there is only pleading."
Posted by Angelo Agathangelou at 1:51 am No comments: