Is Information The Key In Hybrid Warfare?

In this Level Talk programme, two men who occupy completely different ends of the political spectrum argue about hybrid warfare. Discussion on a theoretical level soon gives way to excited polemics, providing an illustrated example of the raw and sometimes simplistic arguments used in information warfare.
***

By John Harrison: Participants in this discussion are Andre Vltchek, a geopolitical analyst, novelist, filmmaker and investigative journalist, and Dr. James Corum, a retired lieutenant colonel in the 1st US Army who served in Iraq, an air power historian and a scholar of counter-insurgency.
According to Dr Corum, hybrid warfare is not anything new:

“…the American Revolution included economic warfare, diplomacy, propaganda campaigns, all the things we are talking about….so I am always cautious about buzzwords that come along as if they are something new. The Cold War was what you could say hybrid, with proxy wars, propaganda. As to whether the US is doing this or not, I wish we were getting better at it….The one thing that has changed in the last century is communications, which are now happening instantaneously, that is new.”

Will Your Son Say “Thanks Mom And Dad” Or “WTF?”

Onision - otherwise known as UhOhBro! - is an outspoken male feminist with a massive YouTube audience. - His recent tirades about anti feminism have caused YouTube's anti feminist community to feverishly create and publish and endless stream of response videos directed at him. - I was reluctant to make one - but you kept asking for one - so here it is.

Read more »
Posted by Angelo Agathangelou at 7:00 pm No comments: Links to this post

Brother Nathanael said. "Now he's endorsed Clinton who's connections to Wall Street and Goldman Sachs are no secret."
Posted by Angelo Agathangelou at 1:07 pm No comments: Links to this post

You wouldn't download a house, would you? Of course you would! And now with the Open Building Institute, you can! Join us today as we talk to Marcin Jakubowski of Open Source Ecology and Catarina Mota of the Open Building Institute about how they are bringing their vision of an affordable, open source, modular, ecological building toolkit to life. We discuss the free, open source library of modules that form the basis of the building's design, how the institute will train others to start designing and building their own homes, and how you can find out more information and help the collaborative effort.
Posted by Angelo Agathangelou at 10:26 am No comments: Links to this post 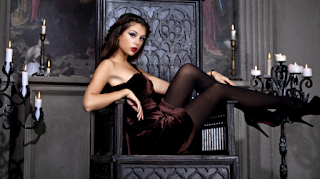 By Tim Patten:
Patriarchy and Lesbian Feminist Scholars
Lesbian feminist author Maria Mies once wrote, “If patriarchy had a specific beginning in history, it can certainly have an end.” As with other feminist scholars, a group dominated by mostly white lesbians who share a perversely narrow-minded perspective, Mies is convinced that patriarchy–as well as the male sex–is oppressive and malevolent to women. Ostensibly, they advocate for female equality, but their lengthy lectures say otherwise. Their words detail a horrendously aggressive fraternity of privileged white men who pay women pennies on the dollar as they socially and institutionally oppress, dominate, discriminate against, and abuse them.
In fact, the feminists’ words and actions have little to do with righting a wrong, but are instead founded on a theoretical framework, crafted by a lesbian elite, that maintains males are disgusting and immoral by nature. These experts promote no remedies other than the destruction of patriarchy. In some ways, they are like society’s scolding mothers, warning little boys that masturbating will make them blind. They project a worldview based on a myopically gendered lens that has been characterized as a hate crime by Canada’s Studio Brule and a social disease by Milo Yiannoulos. At their most extreme, their theories have morphed into cancers of annihilation, marked by such derisive memes as StopPatriarchy, KillAllWhiteMen, AllMenAreRapists and KillAllMen.

The Reasons Why The Globalists Are Destined To Lose

Submitted by Brandon Smith: Under the surface of almost every sociopolitical and economic event in the world there burns an ever-raging, but often unseen, war. This war, for now, is fought with fiction and with truth, with journalistic combat and with quiet individual deeds. It is defined by two sides which could not be more philosophically or spiritually separate. 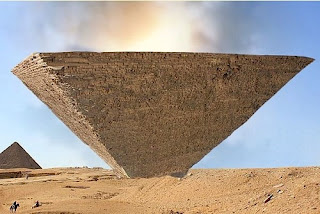 On one side is a pervasive network of corporate moguls and elites, banking entities, international financial consortiums, think tanks and political puppets. They work tirelessly to reshape public psychology and society as a whole into something they sometimes call the “New World Order;” a completely and scientifically centralized planet in which they control every aspect of government, trade, life and even moral compass. I often refer to them simply as the “Globalists,” which is how they at times refer to themselves.
On the other side is a movement that has developed organically and instinctively, growing without direct top-down “leadership,” but still guided through example by various teachers and activists, driven by a concrete set of principles based in natural law.

Corbett: Voter initiatives like California’s “Adult Use of Marijuana Act” have many celebrating the legalization of the long-demonised plant. But as Ellen Brown writes in her new article, “The 'War on Weed' Is Winding Down – But Will Monsanto/Bayer Be the Winner?” the push toward legalization is being steered by corporate interests for potential profit, not a concern for public health.
Posted by Angelo Agathangelou at 1:57 am No comments: Links to this post

Max and Stacy talk to Jim Rickards, author of The New Case for Gold, about gold as a solution to the world’s debt problems. They also discuss the solution that the leading global powers will present: rolling up the world’s bad debt into the Special Drawing Rights (SDR), which is why China has been buying SDRs on the market.
Posted by Angelo Agathangelou at 12:03 am No comments: Links to this post