Michael Krieger: I’m speechless. Absolutely speechless. You need to watch the video below.

Posted by Angelo Agathangelou at 10:18 pm No comments: Links to this post

Mike Buchanan
Posted by Angelo Agathangelou at 8:26 pm No comments: Links to this post

Putin, Erdogan And The Plot Against The Rest Of Us 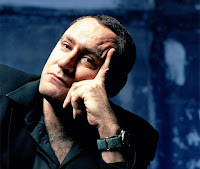 By Gilad Atzmon: Putin and Erdogan have agreed to meet in early August. The tension between Russia and Turkey has gradually dissipated since Putin and Erdogan’s June telephone call. This week Turkish and Russian officials stated that the two administrations have reached a new consensus.  The effect of this understanding is that Erdogan is changing its policies toward Syria, Assad and NATO intervention. Turkey may no longer be part of the Syrian crisis, it may as well become elementary to the peace process.  Evidence of this shift occurred over a week ago when Turkey began to reinstate its relationship with the Syrian regime.
On Wednesday 13 July, just two days before the attempted coup, The Guardian wrote:

“More than five years into Syria’s civil war, Turkey, the country that has most helped the rebellion against the rule of Bashar al-Assad, has hinted it may move to normalise relations with Damascus.” The Guardian headline read “Syrian rebels stunned as Turkey signals normalisation of Damascus relations.”
We also learned in the last few hours that the Russian government accepts now that the Turkish assault on its Su-24 jets over Syria airspace last year was a clear plot to derail the relationships between the two countries.
This is certainly hopeful news for the region. But it was not necessarily the news NATO, America and Israel wanted.

"Feminism one day will be seen for what it is a huge scam, one of the biggest scams of the last century." Said Erin Pizzey. Mike Buchanan: Erin Pizzey was the keynote speaker at ICMI16. To the delight of conference attendees, she was present throughout the event.
Posted by Angelo Agathangelou at 11:36 am No comments: Links to this post

Former Federal Judge Nancy Gertner was appointed to the federal bench by Bill Clinton in 1994. She presided over trials for 17 years. And Sunday, she stood before a crowd at The Aspen Ideas Festival to denounce most punishments that she imposed.
Among 500 sanctions that she handed down, “80 percent I believe were unfair and disproportionate,” she said. “I left the bench in 2011 to join the Harvard faculty to write about those stories––to write about how it came to pass that I was obliged to sentence people to terms that, frankly, made no sense under any philosophy.” 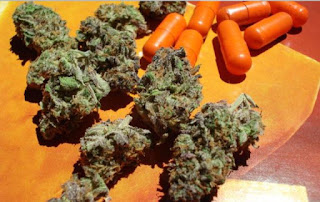 She went on to savage the War on Drugs at greater length. “This is a war that I saw destroy lives,” she said. “It eliminated a generation of African American men, covered our racism in ostensibly neutral guidelines and mandatory minimums… and created an intergenerational problem––although I wasn’t on the bench long enough to see this, we know that the sons and daughters of the people we sentenced are in trouble, and are in trouble with the criminal justice system.”

Read more »
Posted by Angelo Agathangelou at 9:56 am No comments: Links to this post

During a protest in San Francisco at the Ferry Building, Laura Schmidt, a "regret mom" explains why she protests forced genital cutting (circumcision) of all children, male, female and intersex.
Posted by Angelo Agathangelou at 7:50 am No comments: Links to this post

What The Zionest Jews Did To The Germans

ZR: The truth about the lies of the Holocaust and the deplorable financial and moral state in which Germany was before ‎WW2 thanks to Jewish and ‎Communist infiltration, that had already expanded throughout Europe and in particular Germany.
No one ever talks about the massacres carried out by Jews during the French Revolution, the Bolshevik Revolution, WW1 and WW2, when all these 'dirty wars' were created and funded by them.

Is The Saudi 9/11 Story Part Of The Deception?

By Paul Craig Roberts: James Jesus Angleton, head of CIA counterintelligence for three decades, long ago explained to me that intelligence services create stories inside stories, each with its carefully constructed trail of evidence, in order to create false trails as diversions. Such painstaking work can serve a variety of purposes. It can be used to embarrass or discredit an innocent person or organization that has an unhelpful position on an important issue and is in the way of an agenda. It can be used as a red herring to draw attention away from a failing explanation of an event by producing an alternative false explanation. I forget what Angleton called them, but the strategy is to have within a false story other stories that are there but withheld because of “national security” or “politically sensitive issues” or some such. Then if the official story gets into trouble, the backup story can be released in order to deflect attention into a new false story or to support the original story. Angleton said that intelligence services protect their necessary misdeeds by burying the misdeed in competing explanations.
Watching the expert craftsmanship of the “Saudis did 9/11” story, I have been wondering if the Saudi story is what Angleton described as a story within a story.
The official 9/11 story has taken too many hits to remain standing. The collapse of Building 7, which, if memory serves, was not mentioned at all in the 9/11 Commission Report, has been proven to have been a controlled demolition. Building 7 collapsed at free fall acceleration, which can only be achieved with controlled demolition.

By Ali Abunimah: Two years ago, during Israel’s 2014 onslaught against Gaza, a young, unarmed man was killed by Israeli snipers. The killing was recorded and uploaded to YouTube and the video went viral.
The young man was Salem Shamaly. Salem, 23, was helping medics and volunteers search for injured people, including what he thought might be his own family members, trapped in the rubble of their houses after an early morning bombardment by the Israeli military of the Shujaiya neighborhood of Gaza City.