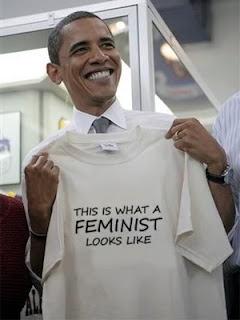 By Paul Craig Roberts: Human Rights Watch (HRW) has just released its report,  “Extreme Measures: Abused  Children Detained As National Security Threats.”  https://www.hrw.org/report/2016/07/28/extreme-measures/abuses-against-children-detained-national-security-threats
From my reading of the report, Israel and the US are the two worst abusers. Boko Haram is a distant third.
Which country is the worst abuser, Israel or the US?  Taking into account that the US is responsible for the violence in Afghanistan, Iraq, and Syria that has resulted in torture and detention, if we include these victims in the American total, then the US is the Number One torturer of children. As it is unlikely that Israel could get away with abuse of Palestinian children without Washington’s support, we can add Israel’s abuses to Washington’s total.
Guantanamo Bay is a great distance away from Washington’s wars against Muslims in Afghanistan, North Africa and the Middle East.  Yet even at Guantanamo, where the only violence is the violence that the US military inflicts on detainees, the US government tortured children, according to the Human Rights Watch report.
What kind of military tortures children?  The only answer that I can come up with is a military that has no self-respect.

Read more »
Posted by Angelo Agathangelou at 10:55 pm No comments: Links to this post

StudioBrule: Interview of Herbert Purdy, Author of Their Angry Creed, at the International Conference on Men's Issues in London, England, July 2016.

How Long Can Russia And China, Wait

And an orchestrated war with Russia
has all of us marked for extinction
By Paul Craig Roberts: The Democratic Party that once was concerned with workers’ rights, the elderly, civil rights, and the constitutional protections of America liberty no longer exists. As the just completed Democratic presidential primaries and the Democratic presidential convention have clearly demonstrated, the United States now has two Republican parties in service to the One Percent. 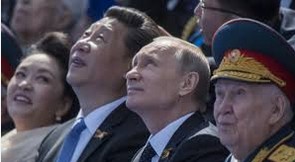 The organized Democrats–the Democratic National Committee–have shown themselves to be even more venal and corrupt than the Republicans. Leaked emails document that the Democratic National Committee conspired with the Hillary campaign in order to steal the nomination from Bernie Sanders. It is clear that Sanders was the choice of Democratic Party voters for president, but the nomination was stolen from him by vote fraud and dirty tricks.
The DNC and the media whores have tried to discredit the incriminating emails by alleging that the leaked emails resulted from a plot by Russia’s President Vladimir Putin in behalf of “Putin’s American agent,” Donald Trump. “A vote for Trump is a vote for Putin,” as the presstitute scum put it.
This diversionary tactic has not worked. Not even Americans are stupid enough to fall for it.

The Future Of Men's Rights

"We're asking a bigger question, we're asking what the future of culture, of society, of our species is. We're asking if we're going to end up growing and changing or incinerating ourselves in gigantic mushroom clouds. In my opinion the fractures we see around us, the chaos in our academic institutions, the social unrest, the ethical cannibalism are the stress lines of deeper forces. That deeper force is the inability of our current society to come to grips with the notion of men's rights. ...every society needs a scapegoat." Said Alison Tieman.
Posted by Angelo Agathangelou at 4:20 pm No comments: Links to this post

Feminism Attacks At All Levels 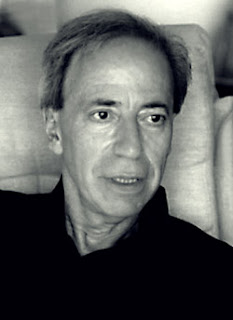 By David Solway: I recently came across a mewling article in one of Canada’s “progressive” mags, The Walrus, in which theatre critic Erika Thorkelson bemoans “the insidious sexism of the Canadian theatre world” and the comparative paucity of female actors and playwrights. Her theme is “gender imbalance” -- the latest buzzword in the feminist war against men -- which, of course, is owing to something like an exclusionary male commissariat intent on safeguarding its unjust privileges. That there may be other reasons for the supposed “imbalance” -- lack of comparable interest, different distributions of talent -- must not be mentioned since that would call her thesis into question. I certainly have not noticed any marked dearth of females on the theatrical, operatic, or cinematic scenes. And in the music world, come to think about it, females abound. No matter. The patriarchy strikes again.
At around the same time that I stumbled on this silly piece of special pleading and culturally ratified paranoia, I learned that the husband of a friend, a self-taught biblical scholar and an expert on the Gospel of John, is now serving time after having been accused by his disaffected stepdaughter of sexual assault, although the evidence is sketchy at best, the stepdaughter is psychologically disturbed, and his wife and his other children have testified on his behalf. The judge nevertheless found the daughter’s rather improbable story credible and the man was sentenced to a seven-year prison term.

Read more »
Posted by Angelo Agathangelou at 1:18 pm No comments: Links to this post

By Eric Walberg: For years now, I've known there was something wrong when my well-meaning anti-Zionist Jewish friends found it necessary to join Jewish anti-Zionist groups opposing Israel. In the US, Jewish Voice for Peace, in Canada, Not in Our Name; in Britain, Jews Against Zionism -- every country has its group, usually more than one. "I am a Jewish witness against Israel," I would be told. Sounds good, even brave. Sand's latest deconstruction of Jewishness and Israel, How I Stopped Being a Jew (2014), makes it clear why my suspicions were well founded. 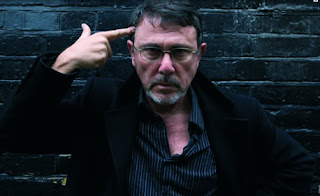 Barely 100 pages, it is a page-turner, a precis of his earlier more scholarly works, arguing that the romantic, heroic age of Jewish nationalism, as embodied in the creation of a Jewish state, is coming to an end. Israel will not disappear, but it is an anachronism, an embarrassment in the postmodern age. A reminder of the horrors of Nazism, but not as the Zionist crafters of the "holocaust industry", or "holocaust religion", would have it. The Zionist project is exposed by Norman Finkelstein, Noam Chomsky, Gilad Atzmon, Israel Shamir and many more Jewish critics as reenacting the same policies of yesteryear. A flawed answer that is doomed, "an insidious form of racism".

Feminism LOL: Rogue judges do not belong on the bench. Mustafa Ururyar was denied his right to an impartial judge. Also, more Ghomeshi trial videos coming up.

Bearing Goes After An ANTI FEMINIST?! 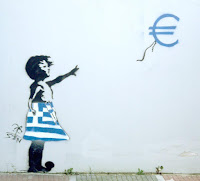 By Peter Koenig: How long will this go on? How long will we see the photographs of a Mr. Tsipras and his Finance Minister in despair. Yet the blood-letting continues.
Already new austerity measures are being projected for 2018 – between 5.4 billion EUR asked by Europeans and 9 billion EUR requested by IMF – and the securing of the Greek debt sustainability through deep restructuring measures (meaning more selling of public assets to foreign corporations), as reported by journalist Yannis Kibouropoulos.
Yes, € 9 billion by the IMF, of all institutions! The very organization that has ostensibly pledged with Greece’s creditors to forgive some of the debt to let the country breathe. This noble idea seems to have given in to the abject, murderous greed of the banks, one among them, the Deutsche Bank, currently the most vulnerable and indebted in the world, not just in Europe, for its derivative exposure of almost € 66 trillion, or about the world’s GDP. The globe’s most criminal financial speculator is to be paid more of Greek blood to nurture its horrendous vampire thirst for more criminal acts, clubbing the weakest of this globe, sucking out the last drop of blood.
When does it stop? – When does the Greek People stand up and demand that the government stop unilaterally this bloodletting – which of course affects none of the ‘leftist’ SYRIZA’s decision makers, to the contrary, we can only imagine how they are being compensated for allowing this monster theft of the peoples’ assets to continue – apparently endlessly, until the last straw, the last drop of water, the last health clinique has been privatized by foreign corporations.