Women: Misogyny 2.0 Is Heading Straight At You

By Paul Elam: In the most recent fit of moral panic over unruly men, the Daily Mail’s Cindy Tran reports that an Australia based private Facebook group, Bloke’s Advice, some 200,000 members strong, is a white hot cauldron of hatred of women.

Armed with a collection of screen shots and bushels of righteous indignation, Tran both reports on and makes personal commentary about what she calls sickening, extreme, misogynistic, degrading and vile displays of advocacy for rape, revenge porn and domestic violence.
After draining herself of adjectives to describe how awful the group of blokes really is, she mentions another Facebook page, Red Hearts Campaign, another one of Australia’s seemingly endless stream of women only advocacy groups.
Red Hearts Campaign, possibly an aspiring version of the very lucrative White Ribbon Campaign, infiltrated Blokes Advice and launched a name and shame campaign on the members, ultimately getting the group shut down.
I am sure that will do a lot of good. None of those guys will ever be able to talk on the internet again, unless it is some place like socfreespeech.com, which won’t be closed down due to lack of spine in the management.
At any rate. I read the complete article by Tran, which took all of four minutes because I am a slow reader. After doing so, it leaves me with two things I need to say.

Read more »
Posted by Angelo Agathangelou at 11:40 pm No comments: Links to this post

Your Body, Your Choice. My Wallet, My Business

Raging Golden Eagle: You can only tell people to mind their own business when you are not using their money to do whatever it is you are doing. If you got a hand in my wallet, then what you do with my money IS my business.

By Michael Krieger: When the history books are finally written, I believe the tone-deaf handling of the refugee crisis by EU bureaucrats will be seen as one of the primary catalysts in the ultimate disintegration of the European Union.
Although I knew many millions across the eurozone were irate about how the refugee crisis was being handled, I had no idea how irate they were until I read the results of a recent survey by the Pew Research Center.
Below are some of the shocking findings.

Read more »
Posted by Angelo Agathangelou at 7:58 pm No comments: Links to this post

Max and Stacy discuss the farcical, upside down world that central bank intervention has made in markets – where the safest bets are now the most dangerous. They also discuss the otherwise undiscussed collateral damage to European countries from sanctions friendly fire. In the second half, Max continues his interview with Gerald Celente of TrendsResearch.com about entrepreneurship and the US elections.
Posted by Angelo Agathangelou at 5:30 pm No comments: Links to this post 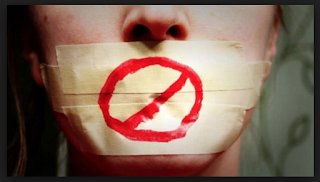 The activists at Black Lives Matter seem to indiscriminately care for the oppressed despite the fact that Zio-light oligarchs like George Soros fund their campaign.
“We are deeply dismayed by elements of this platform, specifically the co-opting and themanipulation of a movement addressing concerns about racial disparities in criminal justice in the United States in order to advance a biased and false narrative about the Israeli/Palestinian conflict," reads a statement from the Jewish organization.
The Jewish group also dismissed the idea that the suffering of Black people in the U.S. and the suffering of the Palestinians are in anyway similar. “To conflate the experiences of African-Americans and Palestinians oversimplifies complex matters and advances false equivalencies that diminish the unique nature of each.”
Conflating varied experiences and examining the results does lead to a devastating conclusion: it isn’t just Blacks or Palestinians, by now we are all Palestinians oppressed by a new world disorder directed by the Goldmans, the Sackses and a few  Soroses...

Read more »
Posted by Angelo Agathangelou at 3:22 pm No comments: Links to this post

Black Talk show Host interviews David Duke. "Thomas Sotomayor Interviews Dr. David Duke on his race for the U.S. Senate in Louisiana. An Amazing powerful interview of a real dialogue between the African American community and a man considered a spokesman for millions White Americans."
Posted by Angelo Agathangelou at 10:50 am No comments: Links to this post

By Paul Craig Roberts: Bernie Sanders won the presidential nomination, but he was cheated out of it by the Democratic National Committee (DNC), which is the operating body for the Democratic Party. The DNC helped Hillary win the nomination by the combination of vote miscounts with appointment of super delegates, who no one elected, to vote for Hillary. So, she won this nomination illegitimately. All of Bernie Sanders’ supporters know that. They have turned against Hillary, and it is unlikely that many of them will vote for Clinton.
When the email scandal hit, the Democratic National Committee, hoping to shift the blame elsewhere, asked: “Who do Americans dislike more than Hillary” and answered “the Russians.” Washington has been demonizing the Russians for last 3-4 years. So, the Americans are told to dislike the Russians. That’s why the DNC and the presstitute media blame Putin for the WikiLeaks release of the emails that showed that Democrats were cheating Sanders out of the presidential nomination. Putin was made the issue instead of Hillary.

A Preview Of The Coming War On China

Noted journalist John Pilger talks about China, Okinawa, and U.S. policy in Asia.
By Maki Sunagawa and Daniel Broudy: John Pilger is a world-renowned journalist, documentary filmmaker and author. He has twice won Britain’s highest award for journalism. His films have won television academy awards in Britain and the US. Two of his films, on Cambodia and East Timor, are rated with the most important of the 20th century. The Coming War on China is his 60th film.

***
Daniel Broudy: You’re now finishing up work on your latest project the title of which, it seems, can also trigger feelings of considerable dread. The Coming War, maybe you’d agree, is pretty heavy. Can you describe the impetus for this particular look at world events, especially as you see them unfolding in East Asia? 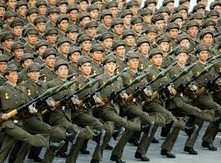 John Pilger: The film picks up the theme of much of my work. It will set out to explain how great power imposes itself on people and disguises itself and the dangers it beckons. This film is about the United States—no longer sure of its dominance—rekindling the Cold War. The Cold War has been started again on two fronts—against Russia and against China. I’m concentrating on China in a film about the Asia-Pacific. It’s set in the Marshall Islands where the United States exploded 67 atomic bombs, nuclear weapons, between 1946 and 1958, leaving that part of the world gravely damaged—in human and environmental terms. And this assault on the Marshalls goes on.