A Petition Calling For The Promotion Of Philip Davies MP 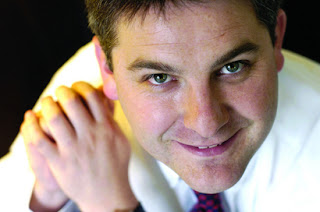 J4MB: A new petition has just come to our attention. Please sign, to show your support for this fine man. Thank you.
Angelo: In a far shorter time MHRAs in India have achieved multi MP support for their calls for equality and fair treatment, it says much that we count India as backward yet we in the UK who basically kick-started the modern men’s movement have only recently acquired one loan ranger MP friend. This man deserves our support.
Posted by Angelo Agathangelou at 10:12 pm 2 comments:

The striking similarities between modern third wave feminist SJW's and hysterical spoilt children mid temper tantrum. The typical regressive feminazi / social justice cuck - history's most childish 'adults' - will stamp their feet, scream obscenities and happily employ bullying tactics to get their way ... then they have the nerve to brand anyone with a differing opinion a bully, troll, bigot or misogynist.

Read more »
Posted by Angelo Agathangelou at 7:33 pm No comments:

Raging Golden Eagle: I think I may have found the legendary unicorn. Yes, you read that right, I have for you today an example of social justice DONE RIGHT for once!

Philip Davies, the MP for Shipley, is under attack from the screeching sisterhood after telling a meeting of Justice for Men and Boys (J4MB) that women want to have their cake and eat it and that political correctness is pandering to militant feminists and zealots.
By Ann Widdecombe: Why the uproar, girls? He’s only telling the truth.
Certainly some of the pronouncements of J4MB are pretty off the wall. For example it says parents should be able to send their sons to schools with male-only teachers because female teachers discriminate against boys.
So far, so daft, but Mr Davies is not a member of nor a spokesman for this group – he was simply addressing it. In the course of my political life I addressed meetings of CND and the Young Fabians.
David Owen came and addressed the Bow Group, an organisation of young Conservatives, while he was a Labour foreign secretary.
It is called engaging in debate. Therefore an MP deserves to be judged by his own remarks, not the pronouncements of whatever organisation he is addressing.

He said, if reports are correct, that there has been a deafening silence over the discrimination against men in custody cases.
Angela Rayner, [right] Labour’s shadow women and equalities secretary, says he should “become a figure of fun”. That is how seriously she takes family life.

Read more »
Posted by Angelo Agathangelou at 1:30 pm No comments:

By Gilad Atzmon: In 1894 the French Zionist intellectual Bernard Lazare published his monumental book 'Anti-Semitism, its Causes and History.’ 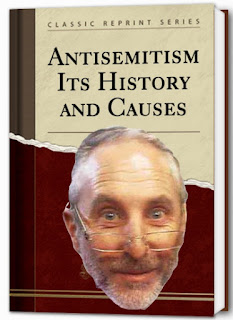 Like most of his contemporary early Zionists, Lazare realised that anti-Semitism had its roots in the bad behaviour of Jews.
Four and a half decades before the Shoah, Lazare discerned what it was about the Jews that made them hated in so many disparate places and time periods. Lazare and most of his fellow early Zionists understood that the Jews were often complicit, if unwittingly, in their own victimisation. They were actually pretty effective in bringing disasters on themselves.
Those who want to learn how Jews bring disasters on themselves should follow the activities of Michael Foster, a man who identifies himself as a prominent “Labour Jewish donor.”
The Jewish Labour donor Foster suffers from the belief that the Labour party is a private matter for Jews. He “despises” Corbyn as well as his supporters. He presumes that the £400, 000 he has spent on the Labour party entitles him to dismiss what seems to be the democratic choice of the vast majority of Labour party members. Foster’s recent Daily Mail commentary,  'Why I despise Jeremy Corbyn and his Nazi stormtroopers' provides us with a spectacular illustration of Jewish bad behaviour.

Read more »
Posted by Angelo Agathangelou at 11:15 am No comments:

Why Israel Will Be The Next World Power in 2017

Brother Nathanael: Only a fool would fail to see the writing on the wall: Israel will soon replace Amerika as the next world power. And the sign of this premeditated event is the bowing and scraping by Obama and Romney to get “the Jewish vote.” For getting the “Jewish vote” means millions in campaign contributions and prime coverage by the Jewish-owned press. And it’s all sunk to a level that even a dog wouldn’t stoop to.
Posted by Angelo Agathangelou at 9:18 am No comments:

Max and Stacy ask whether, as Schrödinger's cat rules monetary and fiscal policy, could a collateralised Embassy Cat bond deliver the asset value the Bank of England needs? And, is the ECB financing M&A activity in the donut sector in order to prepare for the civil unrest they expect when their policies fail? In a real Schrödinger's cat moment, Stacy appears in the second half, too! They discuss low rates starting to wipe out pension funds and insurance funds and how the absence of capital expenditure (capex) in favour of share buybacks has, in turn, wiped out the real economy - as evidenced in the collapsing productivity numbers out of the United States.
Posted by Angelo Agathangelou at 5:06 am No comments:

Her breasts, descending to a gentle swelling,
do not hang flaccid and broken, but by their very
firmness display a sign of her own purity.
From her shoulders her arms openly extend
so that you might think they sought an embrace.
From the lower part to the highest, the least to the greatest,
her inward-curving waist submits to appropriate restraint.
Who does not know other and better parts lie hidden underneath,
for which her quiet exterior is but a prelude?
{Poma mamillarum, modico suspensa tumore,
nulla mollitie dependent fracta, sed ipsa
duritie proprii describunt signa pudoris.
Explicat explicito tractu iunctura lacertos
amplexusque suos deposcere bracchia credas.
Imaque conciliat summis extremaque primis
convallis laterum, modulo submissa decenti.
Cetera quis nescit meliora latere sub istis
quorum sola gerunt placidi praeludia vultus?} [1]

Read more »
Posted by Angelo Agathangelou at 2:58 am No comments:

Children Of The Cancer

Read more »
Posted by Angelo Agathangelou at 12:07 am No comments: