Zionist Report
Posted by Angelo Agathangelou at 11:01 pm No comments: Links to this post

EU President: "Borders Are The Worst Invention Ever Made By Politicians"

By Tyler Durden: If The British needed any more confirmation of their decision to leave The EU, Jean-Claude Juncker, president of the European Commission, just gave them a big one. The often incoherent "when it's important, you have to lie" politician spewed more United States Of Europe tripe this morning when he called for European nations to drop border controls, claiming that borders were "the worst invention ever." Britain's new PM, Theresa May, was not amused...
Speaking at the European Forum Alpbach in Austria’s Tyrol, Mr Juncker said: "Borders are the worst invention ever made by politicians" and said solidarity must be given to refugees and their children... (Border bullshit starts at 10:15 - note the mindless applause from the audience when Juncker drops his line)

Read more »
Posted by Angelo Agathangelou at 9:01 pm No comments: Links to this post 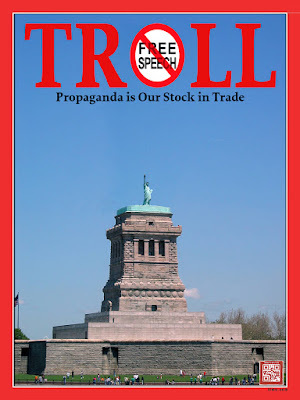 By Liam O’Hare: Glasgow Celtic fans have launched a fundraiser to match any fine that Europe’s ruling football body, UEFA, will give the Scottish club for an expression of Palestine solidarity at a recent game against the Israeli team Hapoel Beer Sheva.
UEFA has announced that it has opened disciplinary proceedings against Celtic for display of an “illicit banner.” The “illicit banner” is a reference to Palestinian flags waved by Celtic supporters last week. 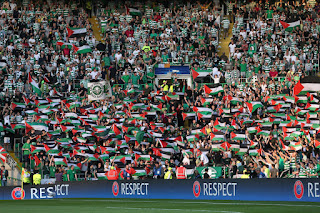 The fundraising campaign has been set up by the Green Brigade, a Celtic fan group, which has pledged to put part of the money towards setting up and sustaining a youth soccer team in the occupied West Bank.
Another part of the proceeds will go to the charity Medical Aid for Palestinians, MAP.

The Green Brigade “ultras” were largely behind a solidarity action at a Champions League against Hapoel Beer Sheva match in Celtic Park, the Glasgow club’s home ground, last week. Celtic won the game by five goals to two.
Supporting Palestine
The money raised by the Green Brigade will not actually go towards paying any fine imposed by UEFA. Rather, it will be used to support projects in Palestine.
Green Brigade has described UEFA’s disciplinary proceedings as “petty and politically partisan.”

Read more »
Posted by Angelo Agathangelou at 4:02 pm No comments: Links to this post

Mouldy Box And The Two Bears

Bearing: Gary Orsum drops in to tell us a classic children's story with a twist.

Read more »
Posted by Angelo Agathangelou at 2:14 pm No comments: Links to this post

Max and Stacy discuss Venezuela in the capital markets. In the second half, they talk to Simon Dixon of BnkToTheFuture.com about the crypto-novela playing out with much drama in the crypto-currency space. In an exclusive, they also unveil the logo for Kim Dotcom's BitCache.
Posted by Angelo Agathangelou at 12:08 pm No comments: Links to this post

By Finian Cunningham: How many times have we seen this before? Western media selectively focusing on, or distorting, human suffering in order to fulfill a base political agenda – war – for powerful interests. 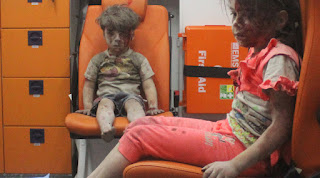 It is no coincidence Western media fevered with images of a five-year-old boy, pulled from rubble in Aleppo after an alleged air strike by Syrian government or Russian forces – and the very next day US warplanes were scrambled over northern Syria reportedly to ward off Syrian Su-24 fighter bombers.
American political analyst Randy Martin at crookedbough.com told this author: “This is a prelude to an all-out war in Syria – one that would inevitably bring American and Russian forces into direct confrontation.”
Martin says a warmongering cabal in Washington wants an “existential showdown” with Russia. This “war party” comprises hawkish think-tanks, military corporations, the Pentagon and CIA whose world view is predicated on American total domination. “They are counting on Hillary Clinton for president,” says the analyst. “And a war with Russia in Syria is an opportunity for this cabal which Clinton seems more than willing to accommodate.”
Perversely, the image of a suffering child is being exploited to solicit an outcome entailing many, many more children suffering.

Read more »
Posted by Angelo Agathangelou at 3:05 am No comments: Links to this post

Are Men More Narcissistic Than Women?

Men Are Good!: It's hard to imagine how the general public could be so duped into the ideological anti male garbage that is espoused by feminism. This video gives you a look at one article in a major publication and shows the lack of accountability, the lack of accuracy and the robot like voicing of their baseless ideological positions. Multiply this times thousands and it becomes more clear why the general public is so misled.