The Fault, Dear Feminists, Lies Not Within Your Stars…

…but in your lies about the names of stars.
By August Løvenskiolds: A recent man-hating article in The Atlantic by one Leila McNeill impugned the reputations of astronomers and cosmologists throughout the ages for the names given to stars, planets, or other objects associated with observations of the universe.


Leila McNeill wrote in an article republished in The Atlantic magazine on Tuesday that the skies are “still filtered through this tradition of mythic misogyny.” She said many constellations “named after men tell stories of heroism and conquest,” while women are more frequently portrayed as “either monsters or domestic nurturers.”
She said ancient Roman and Greek mythology is “deeply misogynistic” because male deities “rein [sic] with unlimited power while their female counterparts suffer violence and humiliation.” McNeill also claimed modern-day astronomers who draw on this tradition to name celestial bodies and spacecraft contribute to a “scientific culture that diminishes the achievements of women.”

Now, normally when feminists enter into the science of astronomy it is to criticize the fashion choices of male astrophysicists

Rachel Blevins covers five deaths from 2016 that have all had ties to Bill and Hillary Clinton.
Posted by Angelo Agathangelou at 8:28 pm No comments: Links to this post

Introduction: The Financial Times editorial page carries a logo that proclaims: “Without fear and without favour”. Indeed the editors have shown no fear when it comes to. . . fabricating lies, promoting imperial wars decimating countries and impoverishing millions, whether in Libya, Syria, Iraq, Afghanistan, Yemen and now Venezuela. The fearless “Lies of Our Times” have been at the forefront forging pretexts for inciting imperial armies to crush independent governments.

By James Petras: Despite its pretentious scribblers and prestigious claims, the FT is seen by the Anglo-American financial class as a belligerent purveyor of militarist policies designed for the most retrograde sectors of the ruling elite. What is most striking about the FT fearless fabrications on behalf of imperial militarism is how often their political and economic prognostications have been incompetent and flat out wrong.

For the past ten years, the FT editorial pages have described China in economic crisis and heading for a fall, while in reality, the Chinese economy has grown at between eight and six percent a year.
For over a decade and a half, the FT editors claimed Russia under President Vladimir Putin presented an international existential threat to ‘the West’. In fact, it was the ‘Western’ armies of NATO, which expanded military operations to the borders of Russia, the US, which financed a neo-fascist coup in Kiev and the US-EU which promoted an Islamist uprising in Syria designed to totally undermine Russia’s influence and relations in the Middle East.

Giving Up On Love - MGTOW

Sandman: "Men choosing MGTOW who have lots of resources and social skills to interact with women but are just tired of being lied to, used and cheated on by money whores who would not give you the time of day if you had a regular job. It seems that some people try to paint everyone who has decided MGTOW is for them as a loser living in their parents basement playing video games all day with no real purpose in life. I earn well over 300 thousand dollars per year, travel internationally for my work and it is not a problem for me to meet and date women.

Akala
Posted by Angelo Agathangelou at 9:07 am No comments: Links to this post

A New York Times columnist writes Americans are so “dumbed-down” that they don’t know that Russia “invaded” Ukraine two years ago, but that “invasion” was mostly in the minds of Times editors and other propagandists, says Robert Parry.

***
By Robert Parry: In a column mocking the political ignorance of the “dumbed-down” American people and lamenting the death of “objective fact,” New York Times columnist Timothy Egan shows why so many Americans have lost faith in the supposedly just-the-facts-ma’am mainstream media. 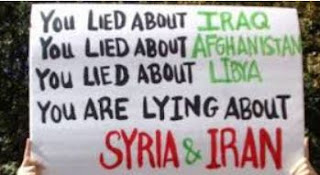 Egan states as flat fact, “If more than 16 percent of Americans could locate Ukraine on a map, it would have been a Really Big Deal when Trump said that Russia was not going to invade it — two years after they had, in fact, invaded it.”
But it is not a “fact” that Russia “invaded” Ukraine – and it’s especially not the case if you also don’t state as flat fact that the United States has invaded Syria, Libya and many other countries where the U.S. government has launched bombing raids or dispatched “special forces.”  Yet, the Times doesn’t describe those military operations as “invasions.”

Read more »
Posted by Angelo Agathangelou at 7:17 am No comments: Links to this post

ORACY
Posted by Angelo Agathangelou at 5:53 am No comments: Links to this post

By Michael Krieger: I’ve been creeped out by Facebook for a long time now. The following story takes it to another level. 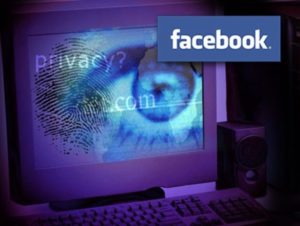 
While some of these incredibly accurate friend suggestions are amusing, others are alarming, such as this story from Lisa*, a psychiatrist who is an infrequent Facebook user, mostly signing in to RSVP for events. Last summer, she noticed that the social network had started recommending her patients as friends—and she had no idea why.
“I haven’t shared my email or phone contacts with Facebook,” she told me over the phone.
The next week, things got weirder.

Most of her patients are senior citizens or people with serious health or developmental issues, but she has one outlier: a 30-something snowboarder. Usually, Facebook would recommend he friend people his own age, who snowboard and jump out of planes. But Lisa told me that he had started seeing older and infirm people, such as a 70-year-old gentleman with a walker and someone with cerebral palsy.

Read more »
Posted by Angelo Agathangelou at 3:16 am No comments: Links to this post