On The So Called M[H]RM #MGTOW

No, The UN Is Not Taking Over "The Internet"

Corbett: Obama Extends 9/11 “State Of Emergency” For His Eighth (and we can only assume, final) Time.

By Michael Krieger: Just when you thought you had a handle on the treasonous thought-police infractions known as microagressions, folks at Rutgers University had to go ahead and further muddy the waters of what is and isn’t allowed to be uttered on today’s college campuses. 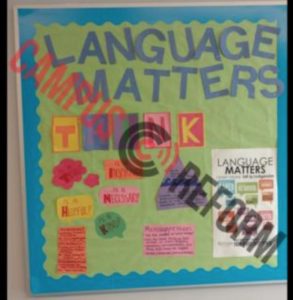 Since I know you’re all dying to find out, let’s turn to Campus Reform to learn about the latest verbal (and nonverbal) transgressions: “microassaults,” “microinsults’ & “microinvalidations”:


Students in at least one Rutgers University residence hall are being encouraged to use only language that is “helpful” and “necessary” to avoid committing microaggressions.

The display, photos of which were obtained by Campus Reform, is titled “Language Matters: Think,” and was placed in the College Avenue Apartments by a resident assistant, according to a current resident of the building who does not wish to be identified.

Max and Stacy discuss all that was won by simple sleight of monetary hand. They also discuss Scotland’s collapsing North Sea oil revenues and whether or not China can help them. In the second half, Max interviews David Low about Scotcoin and asks David, ‘why not just use Bitcoin?’ They also discuss how it is that the Scottish independence referendum drove David to cryptocurrencies.
Posted by Angelo Agathangelou at 3:11 pm No comments: Links to this post

Zionist Report: "Who poses the biggest threat?" Charlie Rose asks this question to Benjamin Netanyahu in 1998. Bibi responds with the nuclear and biological weapons claim that lead the United States into war in this instance and many others in the future - all on behalf of Israel's interests and the 'Greater Israel Project.'
Posted by Angelo Agathangelou at 1:30 pm No comments: Links to this post

Gynocentrism 2.0, Compassion And Choice: The Underlying Root Of Men’s Issues The origins of the lack of compassion and choice for men is gynocentrism. When you start to understand gynocentrism you will start to better understand the plight of men and boys. Gynocentrism at its most basic, is the mandate that women and children be kept safe and provided for at the expense of men. In other words, men are designated to insure the safety and provisions for women and children on an individual level, the family level, community level and on a macro level. This is not a totally bad thing. It has been what has created and maintained many cultures for millennia. As Stefan Molyneux says, “Eggs are scarce and sperm is plentiful.” This means we have needed to sacrifice our sperm in order to insure the safety of our eggs. Without women the culture dies a quick death. Women must be protected. Gynocentrism protects those who carry the eggs and does this at the expense of its men.

By Clare Maxwell: Abu Mazen Square has become a bit of a joke for Palestinian residents in the occupied West Bank town of Bruqin.
To understand why, it is imperative to delve into recent history.
Two years ago, the site of what is now a public square was an open cesspool. Wastewater pumped out of the nearby Israeli settlement Ariel, one of the largest in the West Bank. This wastewater mingled with overflow from nearby Salfit. 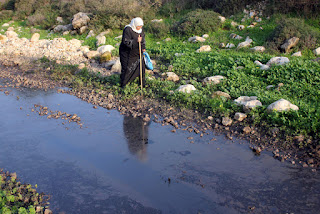 A Palestinian woman walks next to sewage water flowing from Israeli settlements in the West Bank village of Kafr Thulth, near Qalqilya.
Salfit, a town of some 9,000 Palestinians, has spent the past 22 years trying to update its sewage management system, according to chief municipal engineer Saleh Afaneh, but has not been able to get the necessary permits from the Israeli military authorities. Consequently, wastewater has been flowing down freely, joining the natural stream that runs through Bruqin village.
The Salfit government has little power to reduce the amount of sewage entering Bruqin and the neighboring Palestinian village Kufr al-Dik, but it has supplied a few kilometers of pipeline to keep the mess underground in the most densely populated parts of the two towns.