Not Enough Hate In The World For New Statesman’s @suzanne_moore

By Paul Elam: It’s no secret that New Statesman is an unbalanced publication. Their content, almost always slovenly, conjures up the image of Rosie O’Donnell at a carnival, shoving uncounted numbers of fried Twinkies in her face with one hand while dutifully holding a Diet Coke in the other. Everything I have ever read by them leaves me with that uneasy, “what’s wrong with this picture?” feeling.
This is especially true with their “coverage” of the men’s rights movement. From their sloppy conflation of PUAs (pickup artists) with MRAs (Men’s Rights Advocates) to the “Oh ya, men haz some problems, too, uh, we guess,” motif that permeates media from TIME to Tumblr. 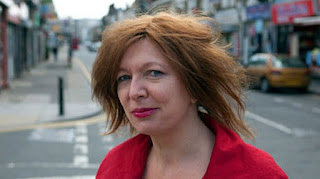 Apparently, even a condescending acknowledgment of men’s issues is too much for mainstream feminists like New Statesman’s Suzanne Moore. She feels like her sisters made a mistake with their laughably insincere backpedaling after being called out on their bigotry.
She yearns for a return to class hatred ala Robin Morgan (without, of course, noticing it never ended), and makes a sincere but lame stab at the verbal gymnastics required to explain to readers how hating men as a class actually doesn’t make her anything like the despicable bigot she is.

Read more »
Posted by Angelo Agathangelou at 11:27 pm No comments: Links to this post

Corbett Report Transcript: The “dust lady” photo has become one of the iconic images of 9/11. The image of a woman, shocked and disoriented, completely covered in dust from the demolition of the Twin Towers, brings the nearly incomprehensible events of that day down to a human scale.
But of course the “dust lady” was not the only one to feel the effects of the blanket of dust that descended on Manhattan after the towers fell. In the hours, days, and weeks that followed, thousands upon thousands of victims, first responders, emergency personnel, clean up crews, and residents were subjected to the poisonous stew of asbestos, benzene, mercury, lead, cadmium and other particulates from which many are now dying.

Bearing:
Dealing with the aftermath of the 'Hugh Mungus' saga.
Read more »
Posted by Angelo Agathangelou at 6:35 pm No comments: Links to this post

Title IX And US College Rape: A Series Of Injustice Part 3

By Jessica Denis: This is Part 3 in a series outlining the horror stories caused by campus adjudication of sexual assault cases, the clear lack of due process as well as discrimination and civil rights issues. In Part 1, a wrongfully accused man proved his innocence, yet the college imposed sanctions that damaged his life anyway. In Part 2, a young dating couple’s lives were disrupted for more than two years after someone else decided that she was raped and the university continued to harass them even after she filed her own Title IX action. 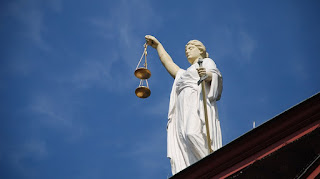 Betrayed by a school and crushed by the experience, John Doe is now living back at home trying to put together pieces of his life. He should be with his friends at San Diego State University, but after the unthinkable happened, that’s just not the reality he is living in today.
During his freshman year, John Doe became close with a young woman on campus. According to court documents, in the spring of 2015 Jane Roe filed a complaint with the campus Title IX coordinator alleging that John Doe sexually assaulted her. She claimed she was too incapacitated to give consent after consuming edible marijuana. Four months went past between the date of the alleged incident and the date John Doe received a notice imposing his immediate suspension.

Will The Dollar Live To Die Another Day?

Max and Stacy discuss the new M-SDR and ask: Will the dollar live to die another day? And are SDRs forever? As the G20 in China concludes, they ask whether the new Special Drawing Right is the first step toward one world currency. In the second half, Max interviews Dan Collins of ChinaMoneyReport.com about yuan internationalization and China’s quantum satellite.
Posted by Angelo Agathangelou at 3:31 pm No comments: Links to this post 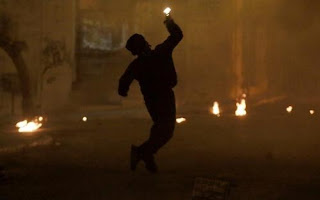 By Tyler Durden: One of the longest running, recurring jokes in European high finance is that insolvent Greece pretends to reform (it has been mostly delaying and extending the mandated budget cuts, many of which involve unpopular mass terminations of government workers), while Europe pretends to send it money (most of the cash goes to various creditors, most notably the ECB and the IMF). To be sure, one of the reasons why last year's Greek bailout was rushed - and passed - is that much as Varoufakis had anticipated, Europe had no choice but to "bail" Greece out at any cost, since that meant avoiding an impairment on ECB debt, which may have led to domino-effect fallout. It also explained why the funds were promptly wired over to Athens, just so Athens could then quickly turn around and wire it all right back.

Zionist Report: The Oded Yinon Plan is all about 'divide and conquer.' And, it is happening before our very eyes.
Posted by Angelo Agathangelou at 8:45 am No comments: Links to this post

corbett: After stepping down as mayor of New York City, Rudy Giuliani tried to launch himself as a national political leader on the back of the single defining event of his career.
In the end he failed miserably, with voters immediately seeing his ploy for what it was: base political pandering.
But what many do not realize is that Giuliani’s case is not just that of another ghoulish politician parading on the corpses of those who died on his watch for his own political gain.

A Conference To Clear The Mind Of The 9/11 Brainwashing

By PCR: Fifteen years after the events of 9/11, wars and cultural conflicts caused by the U.S. response and questionable alliances continue to create global tensions. Furthermore, questions of how the attacks took place continue to surface. For these reasons, a historic event highlighting the blatant discrepancies of the official narrative will be held to critique science-based evidence of the most consequential event of our time. A stellar lineup of credentialed experts will also review new evidence of a cover up such as is revealed in the declassification of the 28 pages, and raise the bar – literally, with an unprecedented level of legal analysis.  As you’ll see, this event has an international component, since 9/11 was such a world-changing event.

Full details and tickets are at www.911justiceinfocus.org. The Day 1 Program will feature:
• Keynote address by renowned public interest attorney, Daniel Sheehan, who litigated the Pentagon Papers case, the Karen Silkwood case, Iran/Contra scandal, and Three Mile Island
• Keynote address by Judge Ferdinand Imposimato, head of the Supreme Court of Italy, with experience prosecuting conspiratorial crimes, notably Operation Gladio.
• Richard Gage, AIA, founder of Architects & Engineers For 9/11 Truth, which currently has over 2,600 professionals from the building trades as signatories
• Professor Leroy Hulsey, from the University of Alaska, who is conducting a unique, unbiased, independent modeling of the collapse of WTC 7

Read more »
Posted by Angelo Agathangelou at 4:30 am No comments: Links to this post

johntheother said. "Be polite, I know you probably want to strangle that bitch and keep your mouth shut!"

By Paul Craig Roberts: Ron Unz, one of America’s most precious and rare assets—a public intellectual—describes how he came to believe true accounts mislabeled “conspiracy theory” in his in-depth review of Lance deHaven-Smith’s book, about which I recently reported. [Below] I described how the CIA flummoxed insouciant Americans. Ron Unz gives you the intellectual history of how two foreign intellectuals, Karl Popper and Leo Strauss, shoved aside the truth-telling American intellectual, Charles Beard, who, like our founding fathers, had his finger on government’s propensity to deceive the people with conspiracies. Popper said that conspiracies couldn’t happen, and Strauss said they were necessary so that the government could pursue its agendas despite the public’s opposition.

***
How the CIA Invented "Conspiracy Theories"
By Ron Unz: A year or two ago, I saw the much-touted science fiction film Interstellar, and although the plot wasn’t any good, one early scene was quite amusing. For various reasons, the American government of the future claimed that our Moon Landings of the late 1960s had been faked, a trick aimed at winning the Cold War by bankrupting Russia into fruitless space efforts of its own. This inversion of historical reality was accepted as true by nearly everyone, and those few people who claimed that Neil Armstrong had indeed set foot on the Moon were universally ridiculed as “crazy conspiracy theorists.” This seems a realistic portrayal of human nature to me.

Read more »
Posted by Angelo Agathangelou at 12:55 am No comments: Links to this post