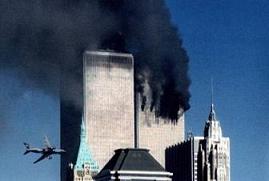 By Michel Chossudovsky: The tragic events of September 11, 2001 constitute a fundamental landmark in American history. a decisive watershed, a breaking point. Millions of people have been misled regarding the causes and consequences of 9/11.
September 11 2001 opens up an era of crisis, upheaval and militarization of American society.
A far-reaching overhaul of US military doctrine was launched in the wake of 9/11.
Endless wars of aggression under the humanitarian cloak of “counter-terrorism” were set in motion.
9/11 was also a stepping stone towards the relentless repeal of civil liberties, the militarization of law enforcement and the inauguration of “Police State USA”.
September 11, 2001 marks the onslaught of the “Global War on Terrorism” (GWOT), used as a pretext and a justification by the US and its NATO allies to carry out a “war without borders”, a global war of conquest.
At eleven o’clock, on the morning of September 11, the Bush administration had already announced that Al Qaeda was responsible for the attacks on the World Trade Center (WTC) and the Pentagon. This assertion was made prior to the conduct of an indepth police investigation.

Read more »
Posted by Angelo Agathangelou at 10:49 pm 3 comments: Links to this post

Via Mike, J4MB: From this piece in the Mail.
We knew that the ridiculous treatment of misogyny as a hate crime wouldn’t be limited to the county where it started, in Nottinghamshire. A central figure in the initiative was Melanie Jeffs, the lesbian radical feminist head of the Nottingham Women’s Centre, a registered charity. In April 2015 she won a Lying Feminist of the Month award for a demonstrable lie on the centre’s website which remains there to this day, 17 months later. Her award certificate is here. 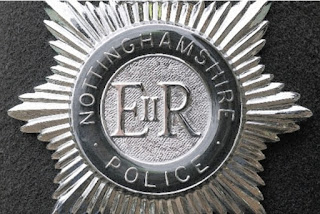 Police across the country are considering making misogyny a hate crime. The plan was revealed after two men were arrested for sexist abuse during a pilot scheme in Nottinghamshire that may be broadened out across the country.

Read more »
Posted by Angelo Agathangelou at 9:25 pm No comments: Links to this post

Masculinity Lessons With A Male Feminist!

Johnathan McIntosh is one of the internet's most well known male feminists. Having spent recent years as the guy who comes up with the crap dribbled by Anita Sarkeesian, Johnathan is an elite problematic face having, privilege checking, fellow man bashing feminazi ... and he's started a new channel!

By Graham Vanbergen: The global mainstream media have loudly hailed the stunning success of the peoples uprising against the Transatlantic Trade and Investment Partnership or TTIP in the light of its demise. In the last few years protests broke out all over Europe as the unelected bureaucrats steamed ahead with this unpopular trade deal, even after the results of the largest ever consultation study in the EU Commission’s history resulted in a 97% negative response of 150,000 people. 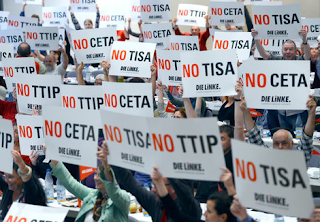 The emerging movement spawned enormous online activism never seen before, culminating in the largest petition in Europe’s history with a staggering collective of over 3.2 million signatures delivered by passionate foot-soldiers right to the epicentre of where the political elite inhabit in the EU. The beating heart of TTIP activism was Berlin, Paris and London. This is not to forget the huge protest effort made by citizens across almost all of the EU’s major cities.
When preparing for TTIP negotiations, 560 meetings took place between 2012 and 2013. Just 4% were represented by public interest and civil society. Unashamedly, the Commission allowed 92% of all TTIP meetings to be dominated by lobbyists and corporate trade associations.

Read more »
Posted by Angelo Agathangelou at 5:18 pm No comments: Links to this post

RimzArtist -  prod. by Bugseed, Daniel Vincent & Glue on visuals.
Posted by Angelo Agathangelou at 12:02 pm No comments: Links to this post

By Paul Craig Roberts: There are many conspiracy theories about 9/11. The US government’s own expanation of 9/11 is a conspiracy theory in which a few Saudi Arabians outwitted the American national security state. Little doubt that many of the more imaginative conspiracy theories were created for the purpose of stigmatizing any skepticism, no matter how well reasoned and supported, of the official story. 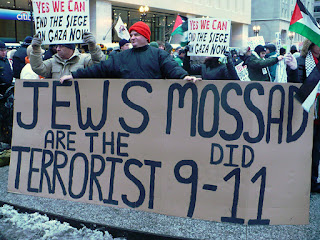 When thinking about 9/11, it is important to differentiate expert opinion from improbable explanations.
Among the expert opinion are 2,600 structural engineers and high-rise architects who comprise Architects & Engineers for 9/11 truth and have written to Congress asking for a real investigation, Firefighters for 9/11 truth, Pilots for 9/11 truth, physicists and chemists who analyzed the dust from the twin towers and report finding reacted and unreacted materials used in controlled demolitions, and former government officials who understand that a security failure as great as 9/11 would have produced an immediate and exacting investigation.
These groups of qualified and experienced people say that the official story of 9/11 is false.  Architects, engineers, and scientists say that the official story is physically impossible.

Read more »
Posted by Angelo Agathangelou at 8:11 am No comments: Links to this post

Will Israel Be Put On Trial For War Crimes? 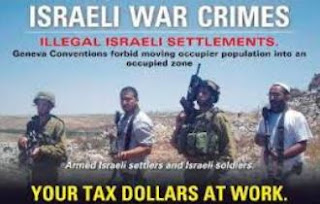 Emmanuel Nahshon, a foreign ministry spokesman, confirmed to Al Jazeera on Sunday that Israel had agreed to the visit in principle, though the “when and how” were still under discussion.
The ICC’s move comes as human rights groups have harshly criticised Israel for closing investigations into dozens of allegations that its military broke the laws of war during an attack on Gaza in the summer of 2014.
The Hague prosecutors are reportedly interested in examining how effective Israel’s legal mechanisms are in investigating allegations of war crimes.
Under the terms of its founding statute, the ICC could take over jurisdiction of such probes if it is persuaded that Israel is unable or unwilling to conduct credible investigations itself.
So far, only three Israeli soldiers have been indicted on a relatively minor charge – of looting – even though Israel’s 51-day offensive, named Protective Edge, in July and August 2014 resulted in some 2,250 Palestinian deaths. The vast majority were civilians, including 551 children.

The Forgotten Man on - Why we need to stop cutting up baby Boy's dicks and why we need to stop saying that women who kill their babies are suffering from post natal depression, and call these women what they are, murderers.

StudioBrule: This poem was written and read by Canadian firefighter Lea MacDonald, who was fighting a fire north of Kingston Ontario on September 11, 2001. The ceiling collapsed and Lea was pulled from the burning building by his fellow firefighters. Lea was moved by his experience and after learning about the World Trade Center attack, wrote this poem. - Lea began treatment for throat cancer on Tuesday September 6, 2016, and wanted to record this poem prior to treatment since there is a risk that he will be unable to speak properly afterwards. This was recorded on August 9, 2016.