DoctorRandomercam:
OK, now I'm pissed off.
Read more »
Posted by Angelo Agathangelou at 11:33 pm No comments: Links to this post

The Anti-Socialist Hate Message:
Perseus999: It was 8:00 in the morning of Sunday 18 of September, when on the day that neonazis from the fascist party of LEPEN were planning to celebrate the “grand” opening of their new offices in Agios Panteleimonas, Athens, (provocatively on the day that antifa rapper Pavlos Fyssas was murdered by Golden Dawn neonazis 3 years ago in Keratsini, Athens (18/9/2013)), that antifascists swarmed and surrounded their offices catching them completely by surprise.

Via John, J4MB: This article by Jean Mackenzie of the BBC following The Victoria Derbyshire Show episode two days ago in which I appeared. A video on our YouTube channel is here (12:33). The 3:23 video clip link in Ms Mackenzie’s piece includes nothing of the discussion in which I took part, and the link to Ms Derbyshire’s programme is to the programme website, not to the episode in question. 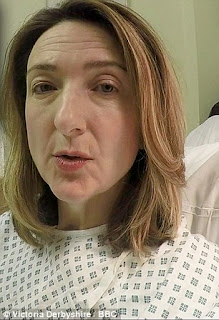 In the course of the 36 hours since we published a link to the video, it’s received 1,000+ hits, 103 comments supportive of our position (none critical of it), 91 upvotes and 7 downvotes. The BBC article doesn’t mention my appearance on the programme, while quoting the two female guests at length. The sort of feminist-inspired anti-male censorship we’ve long come to expect from the BBC, then.
In the run-up to the 2015 general election the BBC filmed me along with some other J4MB supporters campaigning outside the grounds of Nottingham University. An aggressive young man hurled some very heavily soiled cat litter over the windscreen and bonnet of our vehicle, a matter which much amused Tyger Drew Honey, the presenter of the programme. To the BBC, anti-male sexism is generally a laughing matter.

Read more »
Posted by Angelo Agathangelou at 6:41 pm No comments: Links to this post

Hello world. RAP NEWS is back for a special episode on the 2016 USA Election mayhem, feat. Hillary Clinton vs Donald Trump + a touch of Jill Stein & Gary Johnson. This one's dedicated to all the Rap News fans out there!

Read more »
Posted by Angelo Agathangelou at 4:43 pm No comments: Links to this post

Hey Jared, Jews May Look White, But They Sure Don’t Act White!

By Dr. Patrick Slattery: Jared Taylor of American Renaissance recently gave an interview to a Swiss radio host in which he discussed race and crime statistics. As usual, he spoke very eloquently about the race issue. Unfortunately, as usual he completely left out the Jewish role, instead blaming curiously suicidal white leftists as the culprits.
Yes, there are many white liberals who have been brainwashed into celebrating the demographic demise of the white race, but increasingly you are seeing the same trend among conservatives. Politicians and media personalities identified with “the right” in America have become just about as likely to promote all aspects of multiculturalism and the benefits of “diversity” as those on the left. How many times did we hear Jeb Bush or John Kasich or Marco Rubio (or that creepy senator from Texas whose name must forever remain unspoken) say that we are a nation of immigrants? Didn’t Glenn Beck hold his big rally on the steps of the Lincoln Memorial in explicit imitation of Saint Martin Luther King? 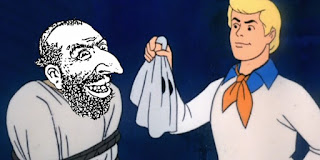 Kevin MacDonald, Andrew Joyce, David Duke, and many others have documented the Jewish role in passing the 1965 Immigration Act, in promoting the civil rights movement and welfare system that allows for black dependency, and especially the domination of academia and the media that are the very vehicles of brainwashing society.

By Michael Krieger: Back in June, I published a piece titled, More Troubling Evidence That Hillary Clinton Will Start WW3. In it, we learned the following:
Michele Flournoy, the former Defense Department official whom Defense One calls “the woman expected to run the Pentagon under Hillary Clinton,” this week advocated for “sending more American troops into combat against ISIS and the Assad regime than the Obama administration has been willing to commit.” In an interview with that outlet, Flournoy “said she would direct U.S. troops to push President Bashar al-Assad’s forces out of southern Syria and would send more American boots to fight the Islamic State in the region. 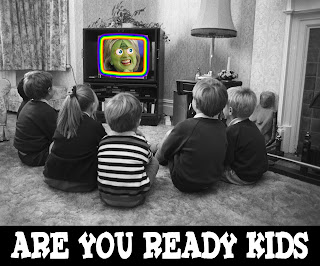 She had previously “condemned the Obama administration’s ISIS policy as ineffectual,” denouncing it as “under-resourced.”
This week, Flournoy specifically advocated what she called “limited military coercion” to oust Assad. In August 2014, Obama announced what he called “limited airstrikes in Iraq” — and they’re still continuing almost two years later. Also note the clinical euphemism Flournoy created — “military coercion” — for creating a “no-bomb zone” that would entail “a declaratory policy backed up by the threat of force.

Read more »
Posted by Angelo Agathangelou at 10:01 am No comments: Links to this post

Privilege Of Unfairness For Banksters

Max and Stacy discuss the lessons from Calvin of Calvin & Hobbes fame on the exorbitant privilege of unfairness for bankers. They look at the game theory behind Deutsche Bank’s too big to fail, too broke to punish sweet spot as it attempts to ‘negotiate’ with the U.S. Department of Justice. In the second half, Max interviews precious metals expert, Ned Naylor-Leyland of Old Mutual Global Investors about gold - the original denominator - and about return-free risk in the negative yielding bond markets.
Posted by Angelo Agathangelou at 7:51 am No comments: Links to this post

StudioBrule: Tim is an American independent researcher and human rights advocate. He has conducted two surveys into the longterm adverse effects of infant circumcision (Male Genital Mutilation) on men’s health. - Tim delivered a lecture "‘Exploring the Aftermath of Male Circumcision" at the International Conference on Men's Issues in London, England July 2016
Posted by Angelo Agathangelou at 6:54 am No comments: Links to this post

How Many Genders Are There?

Shoe0nHead: A BILLION. COLLECT THEM ALL.
Read more »
Posted by Angelo Agathangelou at 5:28 am No comments: Links to this post