Livestream of one of the rooms of the First National Conference on Men's Issues hosted by CAFE-Ottawa. This is the morning session with Karen Straughan and Professor Fiamengo.

By Janet Bloomfield (aka JudgyBitch): Brad Pitt is having a shitty day, and probably understands, this morning, why some women end up dead when they ask for a divorce. Pretty much every news source in the world is reporting that Pitt beat his children and is under investigation by authorities. An anonymous source claims Pitt got wasted (both alcohol and marijuana are mentioned) on his private jet and was physically and verbally abusive to the kids, but no specific details are offered. This comes hard on the heels of claims he was cheating on Jolie, sexing up his pregnant co-star, Marion Cotillard, a rumor she heartily denies. Cotillard had to issue a statement clarifying that she is pregnant with her husband’s child. How charming for her.
So let’s just get it straight here: within 48 hours of announcing the divorce, Pitt has been painted as a cheater, a drunk, a druggie, a child-beater and just a general douchebag who knocked up some other guy’s wife.
Oh, and Jolie doesn’t want him to have physical custody of the children.
Probably just a coincidence, right?

On day one of the announcement, Twitter was awash in Jennifer Aniston reaction gifs, as people gleefully celebrated the fact that the husband-stealing Jolie was herself cheated upon.
The optics were bad for Jolie, and the next day, wham! - Pitt is a child abusing drunk.

This Is Feminist Justice

By Kathy Gyngell: It is not easy to be a conservative woman, at least not here in the United Kingdom. By that I mean a proper conservative woman – not the half-baked sort that supposedly represent us in Parliament, who are hardly conservative in their values at all.
Since setting up The Conservative Woman, we have been asked more than once: ‘so where are the conservative women, then?’ 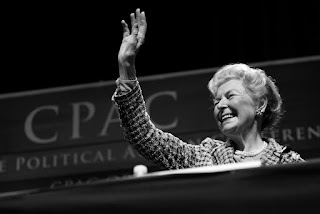 Understandably so, we concede. If the comments on the site are indicative, then by far the majority of our readers are men. Apart from Busy Mum, Tricia and one or two other honourable exceptions, our potential women readers have gone to ground, are in hiding or have been so bullied into the prevailing feminist ideology they dare not read the site at all.
The death last week of Phyllis Schlafly, the firebrand critic of American feminism, made me ponder all this. Why, I wondered, is she nigh on unheard of here when she was, and still is, a household name in the USA? Why does America ‘allow’ an anti-feminist to be a heroine whose views and actions are worthy of respect, when such a women would be abhorred and shouted down here?
We all know the answer - why she has no counterpart over here – she would have been laughed out of court, treated as an eccentric or ignored.

Read more »
Posted by Angelo Agathangelou at 5:23 pm No comments: Links to this post

By Gilad Atzmon: This time back to Germany. Reuters reported yesterday that “...for London rabbi Julia Neuberger, Britain's vote to leave the European Union has had a very personal impact: she has decided to seek German citizenship, laying to rest her family's painful legacy of the Nazi era.” 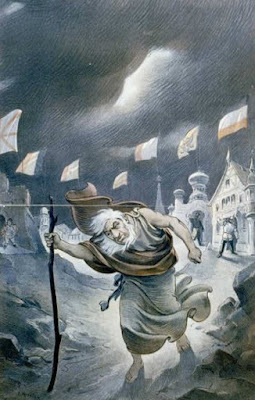 It seems that “...a significant number of Jewish Britons whose dismay over Brexit has led them to invoke a German law allowing people stripped of German citizenship by the Nazis between 1933 and 1945, and their descendants, to have it restored.”
But here’s the good news. Rabbi Neuberger feels she finally has made her peace with Germany. If only we had known that all it takes for a Jew to forgive Germany and to put the Holocaust behind is a bit of British patriotism well, we could have saved ourselves a lot of time and energy.  And by the way, if the Jews are now returning to Germany, maybe we Brits can reclaim their Imperial War Museum, now reduced to a permanent holocaust shrine.
But why does the Rabbi and other Jews want to be Germans again? The answer lies in the ‘Wandering’.

By HEqual: If you’ve visited the BBC website any time over the last few months you can’t have missed their blatant campaigning on behalf of feminists in Nottingham to promote the concept of introducing misogyny as a hate crime. Time after time the BBC have producing fawning reports about the schemes, never questioning the concept let alone pointing out the inherent sexism of criminalising misogyny rather than sexism against both men and women.

This week the bias reached new heights with the BBC furiously producing glowing reports about the sexist scheme in in the hope it could be rolled out nationally rather than just restricted to Nottinghamshire as at present.
On Tuesday the Victoria Derbyshire programme featured an in-depth feature promoting this feminist scam. In a “debate”, the BBC required Mike Buchanan to face two feminist campaigners behind the scheme (not to mention  a feminist presenter), making it a 3 on 1 contest, typical BBC “balance” I suppose. The organisation later quoted all those involved in the debate in an article on its website, though somehow forgot to include a single word Buchanan had said and thus not a word of opposition to the scheme really exists on the BBC. Other scams by the BBC to promote their misandrist narrative include non-inclusive interviewing where they only question women as to whether they think misogyny should be a hate crime.

Read more »
Posted by Angelo Agathangelou at 1:16 pm No comments: Links to this post

The USA Is Owned By Israel

America will be sending $38,000,000,000 dollars over the next 10 years to their masters in Tel Aviv - making this the biggest Military aid package in US history.
People have blind support for Israel because they are completely brainwashed by the mainstream media propaganda. Most Americans have no idea how their hard earned tax dollars are going. When you speak with someone who doesn't know about the happenings on the group; bring up the Illegal settlements outside their borders, stealing Palestinian land, and the torture/killing of Palestinian children. Try to reach as many people as you can -- it is the only way things will change.
Posted by Angelo Agathangelou at 12:03 pm No comments: Links to this post

Why Are We Giving $38 Billion To Rich And Powerful Israel? 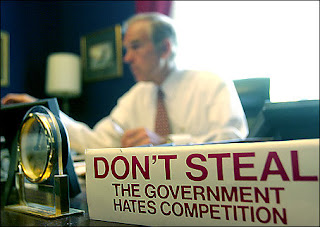 By Ron Paul: Last week’s announcement of a record-breaking US aid package for Israel underscores how dangerously foolish and out-of-touch is our interventionist foreign policy. Over the next ten years, the US taxpayer will be forced to give Israel some $38 billion dollars in military aid. It is money we cannot afford going to a country that needs no assistance to maintain its status as the most powerful military in the Middle East.
All US foreign aid is immoral and counterproductive. As I have often said, it is money taken from poor people in the US and sent to rich people overseas. That is because US assistance money goes to foreign governments to hand out as they see fit. Often that assistance is stolen outright or it goes to the politically connected in the recipient country.
Just as bad is the fact that much of what we call “foreign aid” is actually welfare for the wealthy here at home. The aid package to Israel is a very good example. According to the agreement, this $38 billion will all go to US weapons manufacturers. So the real beneficiaries are not the American people, and not even Israeli citizens. The real beneficiaries are the US military-industrial complex. Perhaps the money won’t even leave Washington – it may simply go across town, from the Fed to the Beltway bomb-makers.

Read more »
Posted by Angelo Agathangelou at 7:21 am No comments: Links to this post

Syria Shows US Under Military Rule

By Finian Cunningham: A schism within US government has come spectacularly into the open, with the Pentagon and CIA militarists seemingly subverting the president’s authority over Syria policy.
This amounts to a brazen pulling of rank by the militarist elements within the US power structure over the civilian titular head of government. This power struggle came to light dramatically – if briefly – with the US air strike last weekend on the Syrian army base near Deir ez-Zor in which over 60 troops were killed. 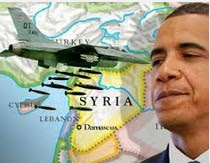 That massacre was no accident, as the Pentagon subsequently claimed. It was a deliberate mortal blow to the shaky ceasefire worked out the week before by
US Secretary of State John Kerry and his Russian counterpart Sergey Lavrov.
Within hours of the Deir ez-Zor attack on Saturday evening, there were reports of air strikes on civilian areas of insurgent-held eastern Aleppo. But none of the reports were able to confirm the identity of the warplanes involved.
Two days later, media coverage shifted to the collapse of the Syrian ceasefire and what is being described as an “outrageous” air strike by Syrian or Russian warplanes on a UN aid convoy near the northern city of Aleppo. Again, no reports have been able to identify the aircraft alleged to have perpetrated that attack, although Washington blamed Syria and its Russian ally.

Read more »
Posted by Angelo Agathangelou at 4:09 am No comments: Links to this post

How To Bend Rules And Save Male Lives

By understanding men we can understand male suffering.
By Jordan Holbrook: As per most days, when I clambered out of bed at ridiculous o’clock this morning the first thing I did was to log-in to Facebook. I checked my notifications and one of them was to say that someone had posted into one of the Men’s Groups I’m part of, so naturally I checked it. The post featured a link to an article featured here on elephant journal, titled “The Rules Men Live by are Killing them – Here’s how We can Help.” What certainly caught my eye was that this article was not written for the general public per se, but was targeted for women. This is quite unusual. 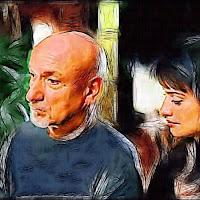 I will not delve too deeply into analysing the article, the reader is more than capable of reading it and making up their own mind. But instead, what I really want to do, is to explore in greater detail some of the issues that were discussed. I will, however, still address some of the key points that were raised. Also, I should probably add the disclaimer that because I am a Brit so the majority of my research will be Brit-centric, I hope the reader can afford me that liberty.
Firstly, let us start with the horrifying statistic presented to us at the beginning: “In Australia it’s [suicide] the biggest killer of men under the age of 45. It tops heart disease, cancer, road accidents, and it brings to light a vital problem in our society.” This statistic is also true for here in Britain, just last year there were 6,122 suicides of which 76% were male. Undeniably, something must be going horrendously wrong to be causing this, but what?
'If I haven’t made it abundantly clear,
men are treated like trash.'
Read more »
Posted by Angelo Agathangelou at 12:58 am No comments: Links to this post