By Paul Elam: Last Friday, after the red carpet showing of the The Red Pill Movie, there was a Q & A for the audience. I was involved, along with Director Cassie Jaye, Karen Straughan, several other men’s advocates and none other than Professor Feminism himself, Michael Kimmel. 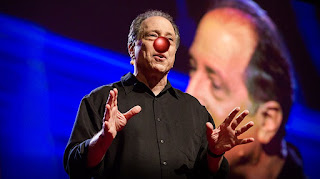 It was a brief affair, and pretty intense at points. For me personally, it was also a bit comical, and, well, fun.
As you know by now, Cassie Jaye’s movie, The Red Pill, has already created a watershed moment in the history of advocacy for men’s and boy’s issues.
As I promised earlier, I would provide an analysis of what happened at the question and answer session after the movie, and in particular for me, why I found it so damned funny.
To get this, I want to start with the end, when Michael Kimmel grabbed a taxi and left the area so fast you’d think he was running through a gauntlet of cameras with a raincoat over his head to hide his face.
It’s hard to blame him. First, part of the film had the audience laughing at him – while he was in the theater with them. Ya know, not really what you want to see on red carpet night. Or rather, not really who you want to be.
It didn’t end there. Not satisfied with the movie directly exposing his uniquely disingenuous form of buffoonery, he had to pour salt in his own wounds during the Q & A.

The Wikileaks Bombshell You Never Heard About

Paul Joseph Watson: While the media was distracting you with Trump saying the word "pussy" 11 years ago, huge revelations emerged.
Posted by Angelo Agathangelou at 10:52 pm No comments: Links to this post 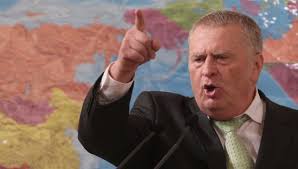 By Tyler Durden: The name of what is arguably Russia's most flamboyant, ultra-nationalist politician, and according to some the local incarnation of Donald Trump,  Vladimir Zhirinovsky, a deputy in the state Duma and leader of the nationalist LDPR party, is familiar to frequent readers: he most recently made an appearance on these pages two months ago, when he warned Germany that it risks utter destruction if it continued on its present track of operating Bundeswehr forces in the Baltics. Zhirinovsky also shares another feature with Donald Trump: both are outspoken to a fault. Which is why we were not surprised to read that as Reuters reported earlier, Zhirinovsky urged Americans to vote for Donald Trump as president or "risk being dragged into a nuclear war."
In an interview with Reuters, Vladimir Zhirinovsky, known in Russia and Europe for his fiery rhetoric, said that Trump was the only person able to de-escalate dangerous tensions between Moscow and Washington.
On the other hand, Hillary Clinton could spark World War Three, said the Russian who received a top state award from Putin after his pro-Kremlin Liberal Democratic Party of Russia (LDPR) came third in Russia's parliamentary election last month.

CSULA Young Americans for Freedom welcoms the "Factual Feminist", Christina Marie Hoff Sommers to their campus for a livestreamed event titled, "Where Feminism Went Wrong". Christina is an American author, former philosophy professor, and resident scholar at the American Enterprise Institute (AEI), a conservative think tank. Sommers is known for her critique of contemporary feminism. Her work includes the books Who Stole Feminism? (1994) and The War Against Boys (2000), and her writing has been featured in a variety of different media outlets, including The New York Times, Time, and The Atlantic. She also hosts a video blog called The Factual Feminist.

US 'False Flag' Against Russia Puts Hillary In

"World war three could be just around the corner. ...What's good for the Jews is all that counts! ...Who benefits?
International Jewry that prints money out of thin air to fund the war, for out of the nuclear ruin rises a Jew World Order JWO!..."
Said Brother Nathanael.

Posted by Angelo Agathangelou at 3:14 pm No comments: Links to this post

By Tyler Durden: Unlike Reuters' political "reporters", it seems the hacker collective "Anonymous" is less impressed by Hillary Clinton's awesomeness. Following Wikileaks' recent release of leaks, Anonymous reminds Americans of the 'career criminal' in a video containing a well researched list of wrong-doings, exposing the actions of Hillary over her career.
This includes things like:
This is only a small list of what is explored in the video below...


Read more »
Posted by Angelo Agathangelou at 9:07 am No comments: Links to this post 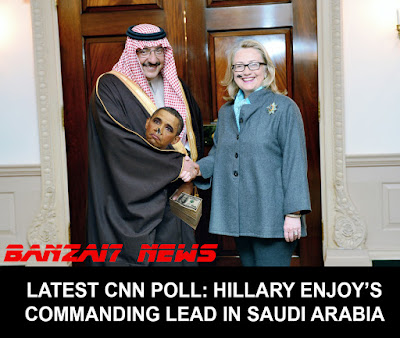 How to buy friends and shill for enemies
By Kiron Solari: I doubt anyone needs to be reminded that the media is rotten to the core; even the most reluctant and closed-minded people are accepting this as a given now. But despite the media being widely condemned nowadays (my special thanks to Germans for bringing the word “Lügenpresse” back), few people know or understand what’s really going on in the journalistic kitchens, where the foul slop of lies that people are fed every day is cooked up. However, there is always a way in—through purposeful infiltration or, in my case, by accident. 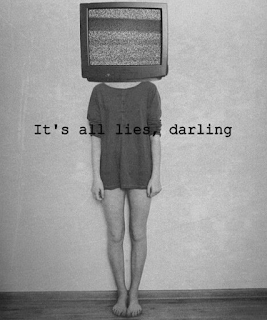 I have an old friend—let’s call him Sven—whom I always knew as a kind-hearted and sincere man. However, these traits are also coupled with always assuming the best of people and being rather naive. Due to this, he keeps ending up in awkward and sometimes dangerous situations. One of them turned out to be a short stint as a journalist for a popular online newspaper. He barely maintained contact during his employment and eventually went completely off the grid. In about a month, he resurfaced a changed man, and not for the better. As he explained, he quit the job and then shut himself in for a while, armed with nothing but alcohol, to cope with the depression working as a journalist gave him.

Read more »
Posted by Angelo Agathangelou at 1:03 am No comments: Links to this post