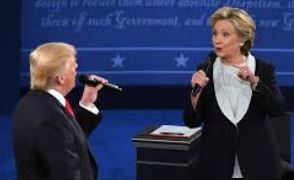 This whole US "election" is just a sick joke!
Read more »
Posted by Angelo Agathangelou at 11:45 pm No comments: Links to this post

Mike Buchanan: Following the welcome Not Guilty verdict in the Ched Evans case, we’ve had an increase of hits on this (video, 17:26), an extract from an episode of Question Time from January 2015. Ched Evans, then recently released from prison after serving two and a half years of a five year prison sentence, had been seeking to return to professional football.

Read more »
Posted by Angelo Agathangelou at 2:36 pm No comments: Links to this post

The Secret Inspiration For The Red Pill

HoneyBadgerRadio: An interview with Cassie Jaye, creator of The Red Pill, a documentary on men's rights. Interview by Alison Tieman.

Perseus999: On Thursday 13 October 2016 anarchists from Anarchist Collective Rouvikonas and Anarchist Collective of New Philadelphia occupied the corporate headquarter of Attica Bank in Kolonaki, Athens. While for the last 7 years since the outbreak of the capitalist crisis millions of people in Greece can't meet basic needs, more than 40% of greeks still live under the poverty line, 45% of pensioners that have worked all their lives get pensions under 665 euros (ie. under the poverty line), 52% of households survive on the pension of somebody in the family, whilst 23,2% of the population is unemployed, Greece receives huge loans from creditors, that instead of being invested into people or the deteriorated health system, vast sums of money are constantly being given to banks so that they will be able to provide loans. Meaning that the greek people have paid the capitalist crisis with their blood (and will keep on for the decades to come), so that banks will keep on having profits.

By Nick Turse: The year is 2030. Forget about the flying cars, robot maids, and moving sidewalks we were promised. They’re not happening. But that doesn’t mean the future is a total unknown.
According to a startling Pentagon video obtained by The Intercept, the future of global cities will be an amalgam of the settings of “Escape from New York” and “Robocop” — with dashes of the “Warriors” and “Divergent” thrown in. It will be a world of Robert Kaplan-esque urban hellscapes — brutal and anarchic supercities filled with gangs of youth-gone-wild, a restive underclass, criminal syndicates, and bands of malicious hackers.
At least that’s the scenario outlined in “Megacities: Urban Future, the Emerging Complexity,” a five-minute video that has been used at the Pentagon’s Joint Special Operations University.


Anti-Feminism Australia: "A mentally disabled man, ...got on the train and started to act a little bit too mentally disabled, so Laura [feminist] took photos of him posted them online, told everyone that he's on drugs and now there are thousand of people that think he's a drugged up sex pest!"

At Your Disposal, General

Theirs not to reason why,
Theirs but to do & die
“The Charge of the Light Brigade”
Alfred Lord Tennyson
By Doug Mortimer: The implements of war have changed over the centuries, but the military, in some form or fashion, goes back as far as history’s earliest records of collective aggression and/or collective defense. 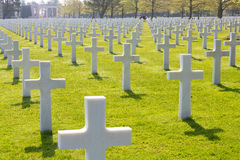 The hierarchical nature of the military allows for upward movement through the chain of command, but for those who remain at the bottom of the heap; disability is taken for granted. In fact, the military could not function without it.
For those not content to remain bottom feeders, status upgrades, in the form of promotions and medals, have always been available. As added motivation, chicks supposedly dig men in uniform and poets have oft been inspired by gallantry (in truth, a synonym for male disposability), as Tennyson was, even though the Charge of the Light Brigade (which took place during the Crimean War) was widely acknowledged to be a blunder.
Many men tacitly accept their disposability; indeed, they may look at putting their lives on the line as part and parcel of manhood. Having accepted one’s own disposability, it is not much of a stretch to look upon one’s fellow men as equally disposable. In the military, the higher one is in the chain of command, the more men at one’s disposal. Consequently, a general has almost godlike powers over his charges.

Should A Man Ask For Permission To Kiss A Woman?

6oodfella:
They won't stop until every action a man does makes him a rapist.
Read more »
Posted by Angelo Agathangelou at 12:25 am No comments: Links to this post