Max and Stacy discuss the gruesome Gaddafi like death to a political career. They look at the role of Obamacare premium increases in middle income voter discontentment with the Democratic Party. In the second half, Max interviews Dr. Michael Hudson about what went wrong for Hillary.
Posted by Angelo Agathangelou at 10:58 pm No comments:

Why Are Some Male Students Boorish? 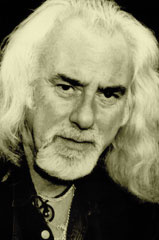 By Swayne O’Pie: Men, especially young men, are bad people. We are constantly being told how crass, sexist and misogynist male behaviour is, especially in universities; the ‘lad culture’. But if this is true, what has made some men behave like this? I suggest to you that it is the anti-male cultural milieu that has been created since the 1980s, in all areas of society.
If what is routinely thrown at men were directed at any of our ‘minority’ victim groups – women, black people, ethnic minorities, gays – British society would be condemned for it prejudice and bigotry, discrimination and even persecution.
We teach children to be kind to one another, to be thoughtful and caring to other people. And then when they reach a certain age, the Feminist Fairy comes along and sprinkles boys and all things male with poo dust. This poo dust is the patriarchal perspective, the ‘good women / bad men script’ to which all areas of society now conform – our culture, schools, universities, the legal system, the media, and the political system.
For three decades there has been widespread misandry in Britain, a widespread contempt for men and masculinity. Men are belittled and ridiculed in sitcoms and advertisements; I love the Simpsons, but all the males are portrayed as dysfunctional. Feminist comediennes and celebrities have license to constantly rubbish men. It is now difficult to find normal daddies in modern children’s books.
Read more »
Posted by Angelo Agathangelou at 9:15 pm No comments:

By Mike Buchanan: We’re approaching the third feminist-compliant Being a Man festival in London’s Royal Festival Hall, details here. I challenge followers of this blog to find any events in which feminism will be challenged, and let me know (mike@j4mb.org.uk). All the events are listed here. 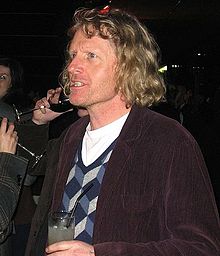 This is a festival presenting a mythical world in which men’s and boys’ problems are not the result of the state’s actions and inactions, initiated or at least worsened by feminists. At one of the previous festivals the keynote speaker was the transvestite artist [right] Grayson Perry, who gave his speech whilst wearing a pink party frock. His recently-published book is titled The Descent of Man, the basic thesis of which is that men need to ‘evolve’ to become more like women.
An extract from the festival website:

The Paternity Debate
Despite recent changes to UK law which make it possible for men to take shared parental leave in addition to two weeks paternity leave, why do only 4% of new fathers opt to take any extra time off work?
To coincide with a specially commissioned study, BAM invites a panel of experts and fathers with firsthand experience to debate what’s going on with paternity leave. Including Maria Miller MP, a Conservative Party politician and Chair of the Women and Equalities Select Committee. [my emphasis]

Call To Action For All Canadian Academics

StudioBrule: Professor Janice Fiamengo challenges all Canadian professors to stand publicly with Jordan B. Peterson for freedom of speech.
Posted by Angelo Agathangelou at 9:24 am No comments:

We're Not In Africa Any More


DoctorRandomercam:
I hear the salt crashing on your dreams
Up the skirts of liberty to grab her by the pussy.
But there's no sand in her va-Gee
'cause Lady Justice sucked it clean and turned it to a smoothie
A straight white man got in the way
and turned the gold star lesbian scene into a video nasty
In other words fuck you Hillary. There'll be no more royal dynasties.

President Trump Will Be Awesome - The FKN Newz

Deek Jackson
Posted by Angelo Agathangelou at 5:38 am No comments:

Feminism Helps Men Too Something Something Yada Yada

By Tom Voltz: Authors Note: This article started as a post in the comment section of an article named “Why I Changed My Mind on International Men’s Day” on a UK pro-feminist blog called “InsideMAN”. For those who would prefer the TL;DR version, the premise of the article was that, although the author used to oppose IMD (because, hey, every day is men’s day, right?), he now thinks it’s important for feminists to consider that it may have some limited value. How very kind of him. He describes this in typical gender studies word-salad style…

“…critical studies of men and masculinities continually demands the acknowledgement of differing and nuanced masculine experiences, yet does not do a great job of acknowledging such difference and nuance among those groups—such as IMD—it identifies as regressive.”
Or, put into plain English, Not All MRAs Are Like That.

How I Became A Men's Rights Activist

Whitney Dahlin: I got a question from Cylonic Rage about how I got into men's right's activism. So I just did a short video on why I became one :) I'm totally open to suggestions so if you have an idea on a video I should make or have a question leave a comment or send me a message :)
If you want to help sign this petition for mandatory paternity tests before a man is required to pay child support or alimony. -
https://www.change.org/p/u-s-house-of...
Posted by Angelo Agathangelou at 12:44 am No comments: