Obama Extends Global Reach Of US SO Death Squads

By Patrick Martin: In major actions reported only briefly by the establishment press, President Obama has given vast new scope to the Pentagon’s Joint Special Operations Command (JSOC), authorizing it to carry out assassinations across the globe.
The units of JSOC have long been employed by the chiefs of the six major regional military commands, such as Centcom, which covers the Middle East and Central Asia, to conduct counter-terrorism operations. One such unit, Seal Team Six, carried out the assassination of Al Qaeda leader Osama bin Laden in May 2011. 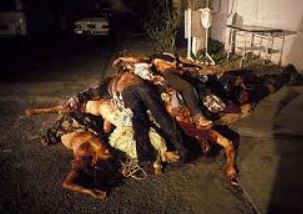 Obama has approved a proposal to give JSOC independent authority to operate outside the regional commands, essentially as a globalized assassination force. JSOC units will bypass the regional commanders and report directly to Special Operations Command (SOCOM) in the Pentagon.
According to the Washington Post, “The missions could occur well beyond the battlefields of places like Iraq, Syria and Libya, where Joint Special Operations Command (JSOC) has carried out clandestine operations in the past. When finalized, it will elevate JSOC from being a highly-valued strike tool used by regional military commands to leading a new multi-agency intelligence and action force.”
Read more »
Posted by Angelo Agathangelou at 7:34 pm No comments: Links to this post

That prospect is now in grave doubt. I am convinced that the United States can still shape the future of the Israeli-Palestinian conflict before a change in presidents, but time is very short. The simple but vital step this administration must take before its term expires on Jan. 20 is to grant American diplomatic recognition to the state of Palestine, as 137 countries have already done, and help it achieve full United Nations membership.
Back in 1978, during my administration, Israel’s prime minister, Menachem Begin, and Egypt’s president, Anwar Sadat, signed the Camp David Accords. That agreement was based on the United Nations Security Council Resolution 242, which was passed in the aftermath of the 1967 war. The key words of that resolution were “the inadmissibility of the acquisition of territory by war and the need to work for a just and lasting peace in the Middle East in which every state in the area can live in security,” and the “withdrawal of Israel armed forces from territories occupied in the recent conflict.”
Read more »
Posted by Angelo Agathangelou at 5:20 pm No comments: Links to this post

This video explains how the American Israel Public Affairs Committee (AIPAC) continued mandatory demands that all U.S. Congressional Representatives pledge: that Jerusalem is the capital of Israel, to Israel’s military superiority and that they vote for funding of Israel.

The End Of The Free Internet Is Nigh! - 9.4% "Streaming Tax" Inbound In Pasadena, USA

Raging Golden Eagle: We all know that governments can never shrink voluntarily, they must keep growing. And that means if they lose tax money in one area (people cutting the cord), they must create new taxes to make up for it. So we may think we are being clever and saving money avoiding things that are heavily taxed, but sooner or later they will come for something else..

Mike Buchanan And Martin Daubney On The Julia Hartley-Brewer Show

Recorded on the eve of International Men's Day, Julia Hartley-Brewer's interview with Mike Buchanan ends at 10:15, ads follow, and at 14:31 Julia Hartley-Brewer returns and starts a discussion with the two-man panel including Martin Daubney, a journalist. The discussion about International Men's Day ends at 18:35, the remainder of the show covers a number of topics.
Posted by Angelo Agathangelou at 12:29 pm No comments: Links to this post

By August Løvenskiolds: The day before Hillary’s stunning defeat, the New York Slimes ran a triumphalist article celebrating her putative victory and denigrating loser white men as being “unevolved.” Jill Filipovic authored this condign hubris, a lawyer (via affirmative action?) who is writing a book entitled, I kid you not, The H Spot: The Feminist Pursuit of Happiness as if feminism-n-happiness could ever be a thing when feminists exist in a permanent state of rage. 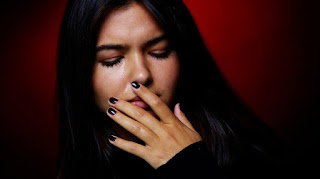 
Every feminist I know will tell you that men bring much more to the table than physical strength or a paycheck, and that we would love a world in which men were free to be resilient and tender, ambitious and nurturing, expressive and emotional.
Donald Trump may not agree. But women make up half the country, and since we aren’t going back in time, the same men who have long been hostile to feminism should consider coming along with us. I suspect for a lot of men, a more equal America — one with fewer cultural rules about how a man should be, and more avenues to identity and respect — would be a pretty great America to live in. 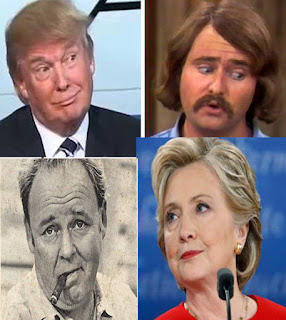 By Gilad Atzmon: Archie Bunker is one of America’s most beloved TV Characters. Archie was the fictional star of the 1970s television sitcom All in the Family.  The iconic satire told the story of a typical American, white, patriarchal, working-class family living in Queens. Archie, the ‘patriarch’, was a middle-aged WWII veteran, a narrow-minded, conservative, blue-collar worker. A good Christian. A cherished member within Clinton's basket of deplorables. Archie was a simple man who spoke his mind - an early prototype of president-elect Donald Trump.
All in the Family’s routine was an ongoing quarrel between Archie the ‘beloved bigot’ and his liberal son-in-law, college student Mike to whom Archie refers to as a "dumb Polack” and “meathead” for being "dead from the neck up".
The one question Americans want to ask themselves is how did it happen that, despite Archie being one of the most beloved characters on American TV, America has become a nation of meatheads, suppressed by the tyranny of correctness and identitarian sensitivities.

Read more »
Posted by Angelo Agathangelou at 7:19 am No comments: Links to this post

Mike Buchanan: Because International Men's Day (19 November) fell on a Saturday this year [2016], this debate - the first such debate to be held in the main chamber of the House of Commons, rather than the nearby Westminster Hall, the venue in 2015 - was held on Thursday, 17 November. I enjoyed watching the debate from the public gallery, with a number of supporters. - The debate was introduced by Philip Davies (C, Shipley), one of only two MPs to speak out publicly on men's and boys' issues. The other is Karl McCartney (C, Lincoln) who didn't attend this debate.