Michael Krieger: The ongoing battle between independent, alternative media and legacy corporate-government sponsored propaganda media is in full swing following Donald Trump’s victory in the 2016 election. While I’m no big fan of Trump, his win has so emotionally damaged the U.S. status quo they have begun to lash out in a hysterical and careless manner against those they feel prevented Her Highness, Hillary Clinton, from ascending to the throne.
The escalation of this fight, which I have referred to as “The Media Wars” since the summer, was easy to foresee. As I noted in the post, Questioning Hillary’s Health is Not Conspiracy Theory:
As I look at the landscape in 2016 to-date, I observe emergent signs that alternative media is finally beginning to take over from the legacy mainstream media when it comes to impact and influence. The mainstream media (unlike with John McCain in 2008), had decided that Hillary Clinton’s health was not an issue and chose not to pursue it. Many in the alternative media world took a different position, and due to mainstream media’s failure to inform the American public for decades, the alternative media drove that issue to the top of the news cycle. That’s power.

Big Money Intends To Shut Down Our Websites

'To serve the US you must tell lies.'
By Paul Craig Roberts: Big Money and the US government controlled by Big Money intend to close down Internet truthtellers. As Trump intends to reduce the tensions between nuclear powers, the 200 List prepared by the shadowy Internet site, PropOrNot, is in Trump’s way. Either Trump will be apprised and convinced of the “Russian threat,” or the dissident websites will be promoted to “Muslim apologists” and fall under the ire of Trump’s Iranophobic generals. 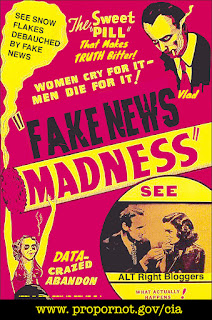 Our site, www.paulcraigroberts.org, is one of the sites targeted to be closed down. As I recently reported, the US House of Representatives already has passed a bill that creates an interagency executive branch committee that can be used to close down truthtellers on the basis that disagreement with the official propaganda reported as news by the presstitutes constitutes spreading fake news or is proof of conspiring with Russia or Iran (and soon, China) against the United States.
Apparently, Trump wants peace with Russia but war with Iran, a contradiction as Russia will not permit the US to have war with Iran. So if Trump and his generals persist, there will be no lessening of tensions between the US and Russia, and by extension with China.
If this is the outcome, Trump will blow up the planet as surely as Hillary would have done. If Trump does not reduce tensions with Russia and China, there was no point in electing him.

Read more »
Posted by Angelo Agathangelou at 5:38 pm No comments: Links to this post 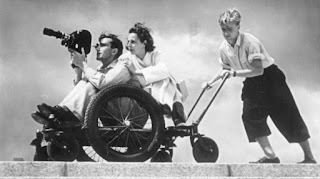 By Doug Mortimer: When the topic of great female filmmakers arises (admittedly not often), the short list always includes Leni Riefenstahl. That her best-known work was done in the service of Adolf Hitler necessitated trigger warnings long before disclaimers were referred to as such.
Riefenstahl’s personal involvement with the Third Reich has long been the subject of debate. Clearly, Hitler, Goebbels, and other members of the Nazi Party were big fans. They admired her work and did all they could to facilitate it. Was she just an artist for hire or was she a player? Was she down with the Nazi agenda, or was she just going along because the party bosses controlled the purse strings?
Hitler notwithstanding, Riefenstahl’s work presents big problems for contemporary feminists. So let’s furl the swastika banners, stifle the Nazi salutes, park Hitler’s Mercedes-Benz touring car, and take a look at the woman behind the camera.
Helene Bertha Amalie “Leni” Riefenstahl was born in Berlin on August 22, 1902. As old photographs evince, she grew into a strikingly attractive young woman. Athletically as well as artistically inclined, her interests encompassed poetry, painting, swimming, gymnastics, and dancing, which was her first profession.

Read more »
Posted by Angelo Agathangelou at 4:26 pm No comments: Links to this post

'Manipulating the spot market for silver, conspiring to fix the spread on silver offered to customers and using illegal strategies to rig prices.'

By Tyler Durden: Back in April, when we first reported that Deutsche Bank had agreed to settle allegations it had rigged the silver market in exchange for $38 million, we revealed something stunning: "in a curious twist, the settlement letter revealed that the former members of the manipulation cartel have turned on each other", and that Deutsche Bank would provide docments implicating other precious metals riggers. To wit: "In addition to valuable monetary consideration, Deutsche Bank has also agreed to provide cooperation to plaintiffs, including the production of instant messages, and other electronic communications, as part of the settlement. In Plaintiff’s estimation, the cooperation to be provided by Deutsche Bank will substantially assist Plaintiffs in the prosecution of their claims against the non-settling defendants."
Overnight we finally got a glimpse into what this "production" contained, and according to documents filed by the plaintiffs in the class action lawsuit, what Deutsche Bank provided as part of its settlement was nothing short of "smoking gun" proof that UBS Group AG, HSBC Holdings Plc, Bank of Nova Scotia and other firms rigged the silver market.

Read more »
Posted by Angelo Agathangelou at 3:11 pm No comments: Links to this post

The Will To Power - MGTOW

Groundwork For The Metaphysics of MGTOW: In this video I conduct an extensive exposition on Nietzsche's concept of The Will to Power. This video is in part a response/addendum to a video Turd Flinging Monkey put out as well as to one that Coterie put out. Their videos are linked below.

Read more »
Posted by Angelo Agathangelou at 9:41 am No comments: Links to this post 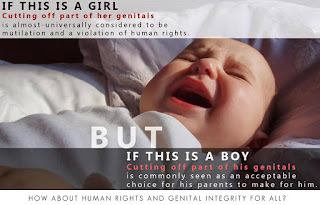 By Mike Buchanan: Tomorrow morning I’m going to be interviewed by a radio station in connection with this. The piece in today’s Independent starts off encouragingly:

Boys should not be circumcised until they are old enough to choose for themselves, doctors in Denmark have said.
The Danish Medical Association said it had considered suggesting a legal ban on the procedure for children under the age of 18, because it believed circumcision should be “an informed, personal choice” that young men make for themselves.
When parents have their sons circumcised, it robs boys of the ability to make decisions about their own bodies, and choose their cultural and religious beliefs for themselves, the organisation said.

… but then descends into this:
The doctors stopped short of calling for an all-out legal ban on the procedure, which is currently allowed but remains relatively rare in Denmark, because it said the move could have too many negative consequences.

Read more »
Posted by Angelo Agathangelou at 1:41 am No comments: Links to this post