The Agenda Of Corporate Media Is Regime Change In Syria

UN Press Conf Goes Off Script
Russia Insider: Independent journalist Eva Bartlett sets a smug Norwegian reporter straight during a UN Syria Mission press conference. Please take 3 minutes from your busy schedule and watch this amazing video. - A confession from your humble editors at Russia Insider: writing day in and day out about miserable newspapers and the wars they propagate can get seriously depressing. - But from time to time we come across brief bursts of truth that somehow slither their way into the mainstream. This is one of those rare but beautiful moments.

John. "It's worth noting Barnett's background, her Twitter feed is just a stream of feminist nonsense. Most telling is her comment after the interview, at 11:49, about the idea of increasing male life expectancy, something she finds both baffling and amusing. She's amazingly misandrous without even trying to be, or realising she is."

Read more »
Posted by Angelo Agathangelou at 11:49 pm No comments: Links to this post

Emotion And The Pair-Bond

By William Collins aka MRA-UK:
1. Introduction and Motivation
It has been suggested that just 7% of people in the UK are feminists, and only about 4% are anti-feminists, or MRAs, and hence that nearly 90% are “neutral”. But that is a very misleading perspective if one is concerned about issues facing men and boys. Unfortunately the vast bulk of people – more than 90% I would guess – are gynocentric. By “gynocentric” I mean people exhibiting the gender empathy gap. If it were not for this overwhelming majority, which comprises both sexes equally, the feminist lobby would not have gained such influence. 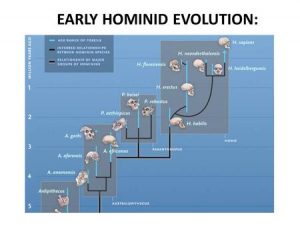 To address issues facing men and boys is synonymous with eradicating the empathy gap. So – and this must be faced – there is a problem with 90+% of the population. That’s why it is a problem.
The role of political ideologies in feminism is well known. However, gynocentrism – which I identify with the empathy gap – is not politically based but is a phenomenon of social psychology. Consequently I am becoming increasingly interested in social psychology. An obvious place to start is with the human pair bond in its natural state.
The occupational hazard of the theoretical physicist is intellectual arrogance.

Jeremy Corbyn: An UK Labia Government Would Be A ‘Government For Women’ 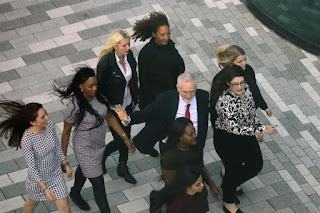 (Jeremy Corbyn outside the Labia party conference in Liverpool)
By Mike Buchanan, J4MB: Our thanks to Tim for this, a short article from ITV. A lengthier piece by the Independent on the same topic is here. The start of the ITV piece:

Opposition leader Jeremy Corbyn has said that a future Labour government would put women at the heart of their policies.
He pledged his party would do more to bridge the pay gap between men and women and offer more support to victims of domestic abuse.
Marking International Human Rights Day, Mr Corbyn said: “Labour will measure every piece of legislation, and every policy, by the yardstick of its impact on women before it is brought before Parliament and put into practice.
“Women will not only be at the heart of my government, women’s rights and interests will be front and centre stage of everything we do.

We shouldn’t be surprised by this. Working-class men (and their partners) long ago realised the Labia party had deserted them,

Read more »
Posted by Angelo Agathangelou at 6:33 pm No comments: Links to this post

Trump & The Politics Of Jobs

Max and Stacy discuss what Trump understands about the politics - not just the economics - of jobs. In the second half, Max continues his interview with political strategist, Michael Carmichael, about what went wrong for Hillary. They suggest that it will be Trump’s first one hundred hours, not his first one hundred days, which will set the agenda.
Posted by Angelo Agathangelou at 2:11 pm No comments: Links to this post

Human Rights Day? Thanks For Nothing

Deek Jackson
Read more »
Posted by Angelo Agathangelou at 6:30 am No comments: Links to this post

This was the third time that Jonathan Vernon-Smith - 'JVS' - covered the issue of MGM on his BBC 3 Counties Radio programme, including Mike Buchanan in the dicussion, and with Jewish proponents of MGM on each occasion. We admire his honest and compassionate approach to the subject. - Our discussion was followed by a phone-in, and JVS reading out listeners' texts, emails etc. At 21:58 he reads out an email submitted by the indefatigable campaigner, Patrick Smyth: "The circumcision that was imposed upon me by my late parents (who were not Jewish or Muslim) profoundly affected me as a young man and continues to affect me nearly sixty years later.

Read more »
Posted by Angelo Agathangelou at 4:42 am No comments: Links to this post

Zionist Report: "That [the ad] paints jews as aggressors, as imperialists and people that stealing or taken land from others..." Well, that is because Israel is doing exactly that! There is nothing more these people hate than the truth. Hats off to this man, Henry Clifford, for spending his own money to educate Americans. We need more people like him!
Posted by Angelo Agathangelou at 2:38 am No comments: Links to this post