America Has Become A Total Joke 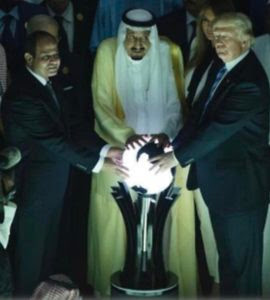 By Michael Krieger: This country is becoming a total joke and it’s not merely because of Donald Trump. While he’s certainly becoming a key player in our national embarrassment, this country’s decent into a reckless Banana Republic has been a long time coming.
Let’s take stock of where things stand in mid-2017. Our opposition Democratic Party (Hillary in a leather jacket yelling about Russia) is a joke. Our corporate media is a joke. Our foreign policy is a joke. Our economy is a joke. Our justice system is a joke. It’s all a joke, and it might even be somewhat humorous if it wasn’t so incredibly dangerous.
Today’s post will focus on Trump’s recent visit to Saudi Arabia, a revolting spectacle which I could barely bring myself to follow.

'Blessed are the arm dealers,
for they shall inherit the earth.'
It all started Saturday morning as I tried to enjoy a beautiful day with my growing family and parents who were in town for a visit. My day was more or less ruined upon witnessing the appalling scene of Trump and his top advisors dancing with the rulers of the terrorist sponsoring state of Saudi Arabia while clutching swords. I’m sorry for doing this to you, but in case you missed it.

Then there was the speech. It was an inspiring display of soaring oratory if empty platitudes and belligerent neocon foreign policy is your thing. On various occasions Mr. Trump alluded to the fact that the U.S.-Saudi alliance was a “partnership based on shared interests and values.” Which got me thinking…which of the following was he referring to exactly.

Or perhaps it’s just a partnership based on oil and imperial ambitions. Nah, don’t be a conspiracy theorist.
It’s remarkable the transformation Trump’s undergone since winning the Presidency. You know, kind of like what happened to Mr. “Hope and Change” after he won. Funny things tend to happen to people once they capture the throne.
That said, Trump’s transformation has been particularly brazen (and public), which has led many of us to wonder what happened to this guy…

Dopey Prince @Alwaleed_Talal wants to control our U.S. politicians with daddy’s money. Can’t do it when I get elected. #Trump2016
— Donald J. Trump (@realDonaldTrump) 12 December 2015

Turns out daddy’s money still works after all, with Trump happily groveling for more during his trip. For example, just before he mentioned the recent Saudi arms deal in his speech, Trump introduced it by saying he has “even more blessed news” to share. Not a joke.
Who will actually benefit from all this “blessed news”? We get a hint from CNBC‘s headline this morning.


Defense stocks took off on Monday after President Donald Trump signed a nearly $110 billion weapons deal with Saudi Arabia. The deal will be worth $350 billion over 10 years.
Shortly after market open, Lockheed Martin was up about 2 percent, Raytheon was up more than 1.4 percent, Northrop Grumman climbed 1 percent and General Dynamics was up about half a percent. All four stocks reached new highs.

It seems arming the Saudis to unleash further horror and humanitarian suffering in neighboring Yemen (and throughout the region), is very good for business.
Blessed are the arm dealers, for they shall inherit the earth.
Meanwhile, Trump ended his Saudi speech by blasting Iran for its terrorism. I suppose somebody forgot to show him the following graphic showing country of origin for terrorist attacks on American soil. 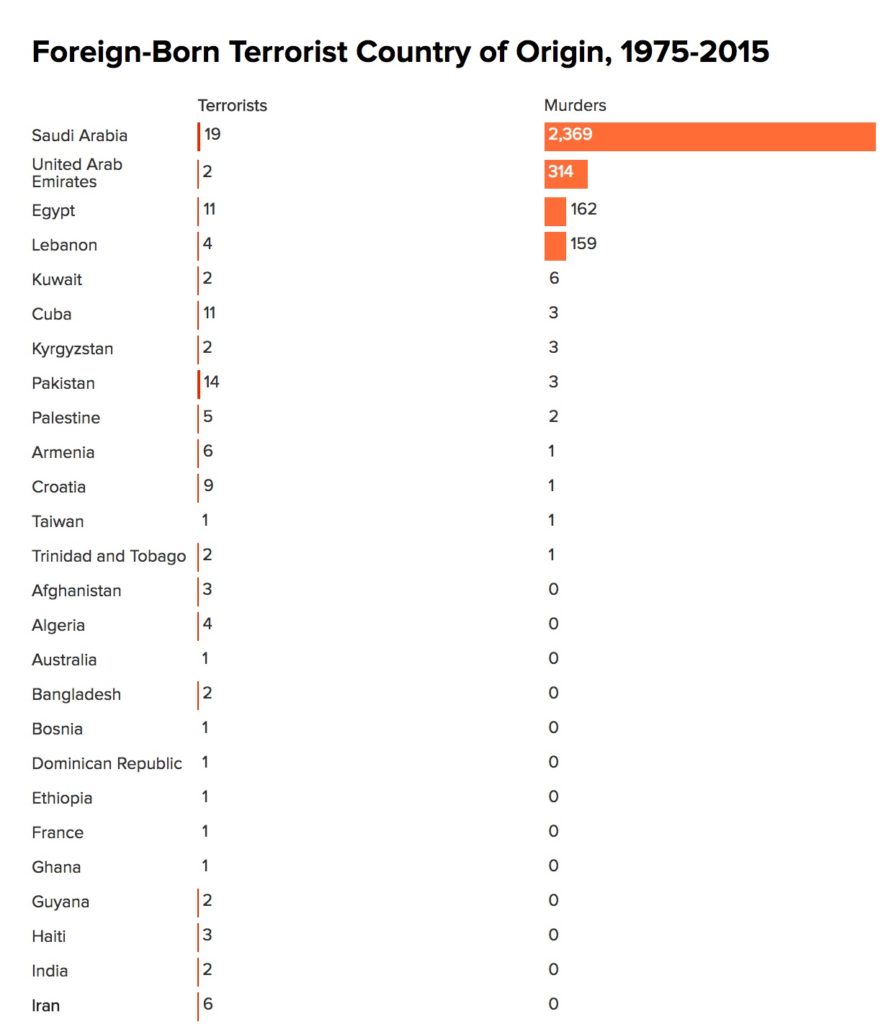 For more on how elements of the Saudi state were involved in the 9/11 attacks, see:
Meet the Lawyer Who’s Suing Saudi Arabia for Financing the 9/11 Attacks
The 28-Pages Are Way Worse Than I Thought
While the above is cringeworthy enough, perhaps the most grotesque, ignorant and disturbing part of the visit came to us via comments from billionaire financier and current Commerce Secretary Wilbur Ross. In a CNBC interview earlier today he was downright jubilant when describing the fact there were no protesters in Saudi Arabia to disrupt the adults present while they plotted their next moves of regional domination as they cuddled glowing orbs. He was also downright mesmerized by a couple of bags of dates given to him by Saudi security.
From MarketWatch:


Commerce Secretary Wilbur Ross said Monday he was heartened by the absence of even a single protester during President Donald Trump’s visit to Saudi Arabia over the weekend.


I think the other thing that was fascinating to me, there was not a single hint of a protestor anywhere there during the whole time we were there, not one guy with a bad placard.
CNBC anchor Becky Quick attempted to point out that Saudi Arabia bans all political protests, but Ross did not let that spoil his good mood.
“In theory that could be true. But, boy, there was certainly no sign of it, there was not a single effort at any incursion. There wasn’t anything. The mood was a genuinely good mood. And at the end of the trip, as I was getting back on the plane, the security guards from the Saudi side who’d been helping us over the weekend all wanted to pose for a big photo-op. And then they gave me two gigantic bushels of dates, as a present, as a thank you for the trip that we had had. That was a pretty from-the-heart, very genuine gesture. It really touched me.”

Translation: Why can’t we do the same thing in America.
Indeed, I’m sure a few ceremonial mass beheadings here at home will certianly improve the national mood.
In theory.
Meanwhile, I’ll just leave this right here.

Not a single hint of a protester in Auschwitz, most days. https://t.co/a7DfOxyDus
— Joyce Carol Oates (@JoyceCarolOates) 22 May 2017 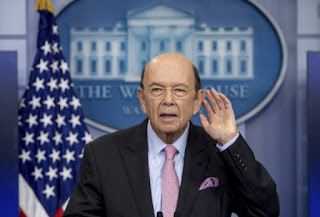 America is already a Banana Republic and it’s only going to get worse.
In Liberty,
Michael Krieger

Posted by Angelo Agathangelou at 12:04 am