By Tyler Durden: Up until now, state issued identification cards around the country have limited gender designations to 'male' and 'female' because, well, biological science has historically taught us that those were the only two options.  But that hateful and narrowed-minded micro-aggression perpetrated by our genetic code will no longer be tolerated in the state of California, whether it's a scientifically proven fact or not. 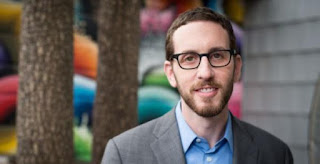 When Californians are designated by gender on a driver’s license, a birth certificate or any state identification, there are only two possible boxes to check: either “M” or “F.” But they may soon have a third option.

A bill advancing in the Legislature would allow Californians to opt for a “nonbinary” gender marker on all forms of state identification. It’s not yet clear which alphabetical abbreviation will be used, though “X” appears to be a leading candidate.


That would make California the first state in the nation to fully depart from the rigid either/or categorization of gender, embracing a more fluid understanding of the term — at least on paper.

"For someone who has an ID that states a gender that doesn’t match their gender presentation, things can get difficult — everything from a delay in completing what should be a mundane task to outright harassment,” Atkins said on the Senate floor in May.

“It’s liberating to be able to say, ‘Yes, this is who I am,’ and, ‘Yes, my state documentation matches that,’” Shull said. 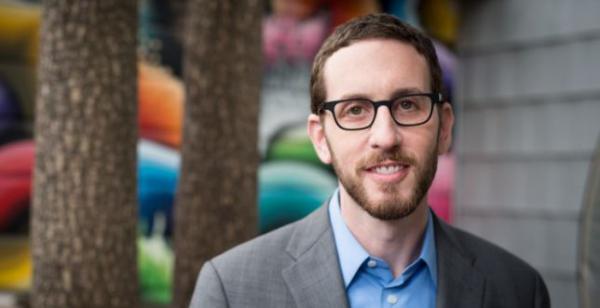 California State Senator Scott Wiener (D-San Fran)
Not surprisingly, SB 179 has been introduced by the same California State Senator, Scott Wiener (D-San Fran), who last week introduced us to legislation that would seek to imprison healthcare workers that "willfully and repeatedly fail to use a resident’s preferred name or pronouns."
No, we're not making this up.  In fact, here is brief summary of the Lesbian, Gay, Bisexual, and Transgender Long-Term Care Facility Resident’s Bill of Rights (or SB-219 if you're into the whole brevity thing):

This bill would enact the Lesbian, Gay, Bisexual, and Transgender Long-Term Care Facility Resident’s Bill of Rights. Among other things, the bill would make it unlawful, except as specified, for any long-term care facility to take specified actions wholly or partially on the basis of a person’s actual or perceived sexual orientation, gender identity, gender expression, or human immunodeficiency virus (HIV) status, including, among others, willfully and repeatedly failing to use a resident’s preferred name or pronouns after being clearly informed of the preferred name or pronouns, or denying admission to a long-term care facility, transferring or refusing to transfer a resident within a facility or to another facility, or discharging or evicting a resident from a facility.

Meanwhile, here are couple of other actions that would be considered a crime for healthcare workers in California under SB-219:

(2) Deny a request by residents to share a room.

(6) Deny a resident the right to wear or be dressed in clothing, accessories, or cosmetics that are permitted for any other resident.


(7) Restrict a resident’s right to associate with other residents or with visitors, including the right to consensual sexual relations, unless the restriction is uniformly applied to all residents in a nondiscriminatory manner. This section does not preclude a facility from banning or restricting sexual relations, as long as the ban or restriction is applied uniformly and in a nondiscriminatory manner.
Of course, none of this is considered science denial...but, question someone's climate change opinion and you might as well walk around with a "Science Denier" sign on your back for the rest of you life.

SB179 by zerohedge on Scribd


N.B. Man On Fire has no problem with the fact that some people are born fudge packers or carpet munchers. The following video clearly indicates our position on this matter. Only difference at the end of the tennis Man On Fire would go for a Coca Cola [coke really should be public property by now, it's ridiculous], rather than a beer.

Posted by Angelo Agathangelou at 1:42 am