Only Morons Believe What The US Government Says About North Korea

'It is quite literally impossible to be too paranoid about these people.'
By Ron Paul: Usually foreign analysts of the American political scene are either sycophantic or just annoying, but no one would dare say that about Aussie observer Caitlin Johnstone, whose punk rock style of cutting to the chase is as refreshing as it can be shocking (I am not a fan of the strong language, but I get it). Since President Trump's "fire and fury" explosion yesterday Americans have to an unsettling degree once again rallied 'round the (false) flag of war propaganda. Today Ms. Johnstone provided a much-needed slap in the face to the mind-numbed masses once again clamoring for US bombs on a country they could not find on a map if their lives depended on it. 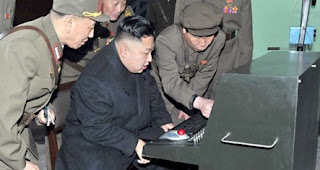 As even many soi-disant libertarians reverted back to playing war commander on their keyboards -- "I'm all for a non-interventionist foreign policy, but THIS GUY'S GONNA KILL US!!!" -- Johnstone reminded anyone with half a brain of one eternal truth: Governments and their house servants (the mainstream media, neocons, deep state, etc) are murderous liars and the only way they dare flush a few hundred billion dollars -- and oceans of blood -- down the toilet of war is to first lie their brains out to the people they are confident will swallow the poison pills and call them candy.

Of course the United States government and its minions are lying about North Korea, Johnstone reminds us. They ALWAYS lie!


The United States power establishment has an extensive history of using lies, false flags and propaganda to manipulate its hundreds of millions of citizens into supporting needless military interventionism. From the Gulf of Tonkin incident to the false Nayirah testimony to the amazing network of lies spun about Saddam Hussein to the 'humanitarian' intervention in Libya to the unconscionable Bana Alabed psy-op in Syria, there is no depth to which the US war machine will not stoop in deceiving the public about the need to unload the military-industrial complex’s expensive inventory onto some third world country overseas, no limit to the evils that America’s unelected power establishment will commit in order to secure geopolitical dominance, and no end to the mass media propaganda machine’s willingness to report war propaganda as objective fact.

It is quite literally impossible to be too paranoid about these people. If you had an acquaintance who was a known compulsive liar with an extensive history of duping people into fighting one another for his own sociopathic amusement, how would you react if he handed you a gun and told you that your neighbor is getting ready to attack you?

This might prove shocking even to some "libertarians" caught up in the frenzy of manufactured threats. But the US government lies. They lie day and night. All the time about everything.

There is one government in the mix here that has proven itself completely sociopathic and untrustworthy in such matters, and it ain’t the DPRK. Stay skeptical, stay watchful, and stay woke.

"Oh no," people squeal! "THIS time they're telling the truth!"

Good luck with that. Blood's on your hands, not ours. 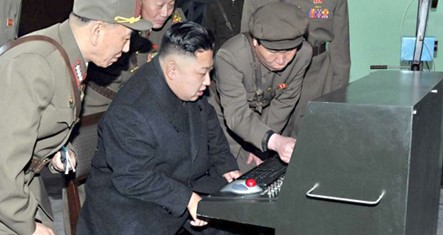 Posted by Angelo Agathangelou at 4:40 am