'This is not just totalitarianism in action but a recipe for ever angrier and more resentful behaviour.'
By Kathy Gyngell: Well before the end of the last century, Britain had established a democratic rule of law and civil society that was the envy of the world. 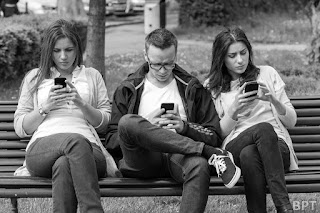 Ask almost any immigrant arriving in this country in the last 50 years why they chose to come here instead of elsewhere and they will tell you it was for the rule of law. That is how the once Filipino, now British, man at the till of my local Waitrose put it to me the other week. To live safely in a civil society was his primary desire - above and beyond even getting a job or speaking a known language. If there was any remaining concern about equality under the law, it was dealt with by new anti-discrimination laws in the 1970s
Now the DPP is set on destroying the very civility so valued by these new arrivals through a corruption of the purpose and principles of the law, representative of less open and more totalitarian societies.
This is what Alison Saunders, the Director of Public Prosecutions, is doing with her newly constructed online hate crime law campaign.  It is a pity she cannot be laughed off as a bossy head girl. But, as Laura Perrins tweeted yesterday, Robespierre would be proud.
Hate crime law is flawed in the first place and a licence for paranoia. It does not just punish the act, it speculates as to the motive, muddling the distinction between bad acts and the ‘bad thoughts’, which it attempts to judge.
The case against it is that it is social construction, based on the questionable idea that we are beset by prejudice.  Arguably we have never been freer of it or more tolerant. Hard cases make bad law at the best of times.
The fact is that crime is not synonymous with the prejudice problem; there is little overlap between the two. As Jacobs and Potter (1998, p. 153) point out: “With the important exception of crime against women, most crime is intraracial and intragroup. Hard core ideologically driven hate crimes are fortunately rare”.
Yet Saunders is set on extending this construct to online verbal abuse or mockery - treating it as seriously as a real life attack.
This is not just totalitarianism in action but a recipe for ever angrier and more resentful behaviour. It is, as Brendan O’ Neill has described it, a ‘snowflakes charter’ on whose behalf our already hard-pressed police will be encouraged to be as vigilantes - policing these 'safe spacers''Twitter feeds for abuse.  They all also have to be there for any resentful individual or lobby with an axe to grind.
It is true that the anonymity of Twitter encourages bad and base behaviour. But if Saunders had any understanding of what makes for a civil society, she would know that policing words and thoughts (as opposed to actions)  will discourage civility and increase fear.
A properly functioning civil society is maintained by social sanctions as well as by the law. Prosecuting thought is no way to instill codes of good behaviour.  We once expected our spiritual leaders to guide us in the virtues of kindness, sensitivity, understanding and gentleness. Now sadly they just compete in expressing their own virtue
No law can replace moral guidance.
Saunders's moral priorities are anyway dangerously skewed. For example, there has not been one, not one, successful prosecution for FGM. Yet she believes that something called bi-phobia – a social construct if ever there was one - should be prosecuted.Saunders is not just setting the culture of complaint into law, she has invited the chief identity politics complainants to frame the law in their own interests. For once legislatures begin to enact hate-crimes laws, everyone — that is every constituency with political clout — gets into the act of agitating to be included. Ms Saunders shamelessly listed who these constituencies were in a chilling interview with Nick Robinson on Today on Monday (see full transcript below).
Society it appears has no responsibility either for encouraging, endorsing, or restraining or disapproving of other people's actions.
Yet we know that it is social sanctions, or people voting with their feet, that changes people’s behaviour. Shame is still a powerful tool. Even big corporations like Google or a Facebook can be shamed. And people too can vote with their feet. No one is forced to sign up to Twitter.
We are warned. The individual alone is in the DPP’s sight.  What has happened in Canada is on its way here. Since it became illegal to use the wrong gender pronouns  any Canadian who fails to subscribe to progressive gender theory can be accused of hate crime, jailed, fined, and made to take anti-bias training. Be very very careful what you write on-line.You may be calling a 'she' not a 'they' at your peril.
Criminalising the individual's thought while relieving civil society of its duty influence and contain behaviour is to return to the dark ages. It is a recipe for a society living on resentment and hate - not happiness – and a Charter for ever-greater discontent.

A full transcript of Saunders’s 'explanation' of her actions in an interview on BBC Radio 4, Today, 21st August 2017 is posted below:

NICK ROBINSON: People all over the world are questioning how those in positions of power can counter the kind of extreme views that increasingly are being aired and how societies might do more to prevent such opinions from gestating in the first place - those are the words of the Director of Public Prosecutions Alison Saunders, in The Guardian today, on a day that she’s publishing new guidance to prosecutors to ensure that they take online hate crime as seriously as hate crime that is off-line. And Alison Saunders joins us from Westminster this morning, good morning to you.


NR: That sounds like an extraordinarily broad definition that you’re having there, that really that the police and prosecutors should try and make us happier, a safer society.


AS: (short laugh) I wish we could do that, but we can play our part in doing that, and certainly what we can do is reassure people who suffer hate crime, and there are many people who do and don’t report it, that they can come forward, that they should report it and that we will prosecute these cases where we have sufficient evidence to do so.


NR: Is the problem in the minds of the victims of that, or, in truth, hasn’t there been a culture in the police, perhaps amongst your own prosecutors that online abuse isn’t taken quite as seriously as someone being abused in the street?


AS: I certainly don’t think it’s sort of an issue for prosecutors, I think what we have done over the past few years is seen more online cases being prosecuted. I think people think it’s a sort of, somehow…people don’t understand that committing a crime online is just as serious and just as easily prosecuted…(words unclear due to speaking over)


AS: And that’s a really important distinction because one thing we are not doing is [missing word, ‘being’?] there to regulate free speech or stop free speech. So, and there is a line between which is a sort of fine line sometimes between free speech which may be distasteful, which may, which most others may find completely unreasonable and unacceptable, and something that is grossly offensive. So, if you’re just talking about a sort of…I say ‘just’, but a sort of trolling type thing, it would be where it becomes grossly offensive, which is actually quite a high level, but you can also…


AS: Erm, well it’s not, erm, not that hard to define, our social media guidance defines it, and we have seen our number of prosecutions going up in this regard, and successfully so, so…


NR: So more prosecutions we’re seeing now, and of course, that means that people are getting longer sentences as well, often, doesn’t it?


AS: Especially if it’s a hate crime, because we have the ability to ask the court to increase sentences for hate crime, which they do now in over 50 per cent of the cases that we prosecute, under hate crime…


NR: (interrupting) This, at a time, of course, as you will be very familiar with, at a time when we’re also hearing that the prisons are full to the brim, and there’s a real struggle to cope with the number of prisoners they’ve already got?


AS: Erm, and that’s obviously a different issue, because for me the issue is to make sure that we are prosecuting the right people and that the courts have the ability to sentence appropriately, and they are given the ability to do so by the charges that we take, so it’s really important that the courts are given the evidence to recognise that these are hate crimes and to apply the legislation which gives them the power to increase sentences for hate crime.


NR: Perhaps the legislation should change to make it clearer that instead of this being down to the police and then ultimately to your prosecutors, this should be down to the companies that published this stuff in the first place…


AS: (speaking over) Well look…


NR:…to police what is online.


AS: But at the bottom of this is individuals, and it’s actually somebody’s individual responsibility. So we don’t condone any behaviour which is unlawful in the physical sphere, so why should we condone it online. So individuals need to appreciate that they can’t just go online and press a button and send something off without any consequences.


NR: Well, we were hearing from Luciana Berger, a Labour MP, who’s been attacked in the most appalling way, I mean, two people have been prosecuted and…


NR:…imprisoned. But it…shouldn’t it be the responsibility of the Twitters and the Facebooks and others that when a campaign, and forgive me for repeating it again, but it gives a sense of how awful it was…


NR:…that she’s referred to repeatedly as ‘a filthy Jew bitch’, something should be done about it.


AS: Erm, I think there are things that they…that can be done, and should be done around making sure things are taken down, but it is still an individual responsibility, so we don’t say that it’s anybody else’s responsibility to stop assaults, or to stop people abusing people in the street, in the same way, so it…at the end of the day, individuals have to be accountable for their behaviours and their actions, and that’s why it’s important that people recognise this and recognise that they can report these crimes, and that they will be prosecuted, that’s why the public statements are out there, that’s why we’re starting our social media campaign today, so that people understand what they can report, and that they don’t have to put up with this type of behaviour.


NR: Now, the number of categories covered by this so-called ‘hate crime’ seems to increase, I know there’s a focus today on what’s called biphobic crime…


NR:…you’re probably going to have to explain that to, to people. There are… Some people have argued that misogyny should be included as a definition. Do you see new definitions being added to what is and is not acceptable under the law?


AS: I mean the bipho— this…biphobic is around making sure that prosecutors are aware, and we’ve had a lot of help in erm, in preparing the, erm, statements, the public statements that we’ve issued today from groups such as Gallup and Stonewall, the Community Security Trust and Tell MAMA and others, erm, to make sure that we understand what the issues are for individual people, and those characteristics that may be the subject of hate crime.


NR: Alison Saunders, Director of Public Prosecutions, thank you for joining us.


Posted by Angelo Agathangelou at 1:20 am