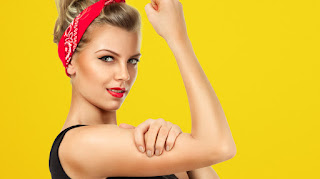 By Gerald Schoenewolf, Ph.D.: Named after the Greek mythological figure Narcissus who saw his reflection in a pool of water and fell in love with himself, the modern concept of the narcissism is a familiar to most of us. We see it in both men and women in varying degrees, and in the worst cases we call them Narcissistic Personality Disorders. Most instruments designed to test people’s score on narcissism scales tend to rate males (as a group) as more consistently narcissistic than females. Yet intuitively most impartial observers would rate women as equally if not more narcissistic than males. Why do we get these skewed findings; is it really a fact that males are more narcissistic than females, or might it be that the instruments and thier factor structures are biased in favour of finding male-preferred expressions of narcissism?
Whatever the case it’s an anomaly worth exploring, and one psychoanalyst has added a theory of narcissism that might help to broaden the conversation. Gerald Schoenewolf proposed an alternative called Gender Narcissism (article below), a gender neutral construct that brings a female example of narcissism more sharply into focus. Explored through the lens of psychoanalytic concepts the hypothesis of female gender narcissism resonates with insights from the men’s movement, and we can only hope future researchers begin to study it and other expressions of female narcissism (the posture of ‘victim narcissism’ for example) and incorporate them into the factor structure of testing instruments.
The following essay was published in 2010.

Gerald Schoenewolf is a licensed psychoanalyst in New York and professor of psychology. He is the author of 13 books on psychoanalysis and psychotherapy, and has produced, directed, written, and composed 3 films.

Posted by Angelo Agathangelou at 7:05 am