The Cultural Counter-Revolution Of 2016 Is Only A Beginning

By Kathy Gyngell: 2017 sees conservatism at the crossroads. It is a once in a lifetime opportunity. Will it prove to be the start of great social conservative upsurge and fightback against decades of cultural and political tyranny? Or will it simply mark the end of a notable but brief rebellion in 2016, over almost before it started? 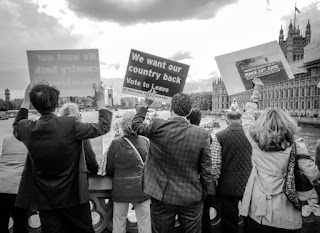 What we do now will decide it.
Without doubt 2016 was an unexpected ‘corker’ of a year, as the happily surprised Tim Stanley puts it. So much so that it is likely to join 1848 and 1968 in the annals of revolutionary history.
But history teaches us that hope is often disappointed. The ‘democratic’ upsurges of 1848 ended in failure and repression. Yet we still living - 50 years on - with the destructive consequences of the spoilt student protests of 1968, ones that its forever ‘unfinished’ cultural revolution continues to catalyse.
So sitting back on our laurels and complacently believing we now have the liberal Left on the run is simply not an option. We have temporarily shifted the goal posts on this side of the pond, that is all.
The Brexit and Trump manifestations of discontent and signs of allegiance to more traditional values are, so far, just that - manifestations.

Max and Stacy discuss consumer confidence for young people collapsing and Max Keiser’s dancing. They also discuss the fact that Americans are now more in debt than at the beginning of the financial crisis, according to the NY Federal Reserve and US Census data. What does this mean for 2017? In the second half, Max interviews Constantin Gurdgiev of macroview.eu to discuss the root of the 2007-1010 financial crisis being back with a vengeance and what Trump should do in response to the next inevitable credit collapse.
Posted by Angelo Agathangelou at 8:41 pm No comments: Links to this post

The Secret To A Happy Marriage Every Wife NEEDS To Know

Relationship expert reveals how she salvaged her partnership with her husband after he admitted he was profoundly unhappy.
Via Jeff, J4MB: From the Femail section of the Daily Mail. Thie title I’ve put on this blog piece is, of course, a gender switch. 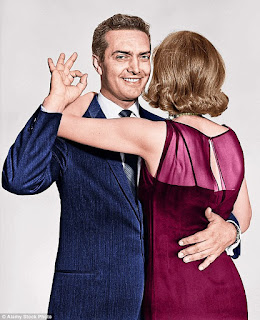 The writer of the piece – the ‘relationship expert’ – is Harry Benson. Extracts:


When my wife Kate touches the side of her jaw, it’s because it aches. If she stands in a certain way, her sciatica is playing up. These days I notice these tiny inferences that she’s feeling under par.
I listen when she talks, making eye contact, whereas once I would have hidden behind my newspaper grunting intermittently, feigning interest.
Today, I can say that our marriage is robust and joyful: full of laughter, occasional healthy bouts of contention, and above all, love.

Raging Golden Eagle: Why did I put scare quotes around "soda" and "sugary beverage"? Well, the net they cast is MUCH wider... Let's get into how people were conned into yet another BS tax increase!

By Mike Buchanan, J4MB: We spend a fair amount of time criticising the feminist-driven output of the BBC, but other TV outlets can be as bad. Channel 4 News is an example, where they might as well declare a ‘feminist report’ every night. Last night viewers were subjected to a propaganda piece on the gender pay gap. It started with a vacuous introduction to the subject (3:24), followed by a studio discussion (5:03) chaired by the relentlessly feminist Cathy Newman. 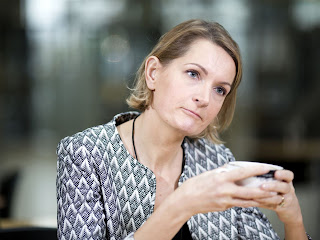 One of the interviewees was Sophie Walker, leader of the Women’s Equality party. An astonishing (and characteristic) statement by her at 00:29:

I think it’s worth pointing out, that data from for example the Young Women’s Trust shows that we still have a big problem with occupational segregation – so, an education system that teaches women that they’re no good to be scientists or engineers etc. because of their sex, so they’re automatically going into more likely lower-paid work and lower-paid apprenticeships.

Nonsense. £30 million is being spent by the government ‘encouraging’ young women to become engineers, to take but one example.

Read more »
Posted by Angelo Agathangelou at 10:37 am No comments: Links to this post

Submitted by Tyler Durden: "Fake news" has officially crossed the pond and once again it the mainstream media that is producing more of it (while blaming the alternative media). Beppe Grillo, founder of Italy's Five Star anti-euro movement lashed out at the country's journalists for "manufacturing false news," accusing them of fabricating stories to keep the Five Stars down. 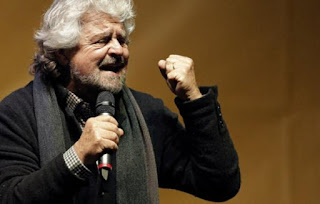 "Newspapers and television news programmes are the biggest manufacturers of false news in the country, with the aim of ensuring those who have power keep it," he said on his blog on Tuesday.
As Local.It reports, he called for "a popular jury to determine the veracity of the news published," and said in cases of fake news "the editor must, head bowed, make a public apology and publish the correct version at the start of the program or on the paper's front page".

...the politicians are now demanding stronger measures against bloggers...

"She was willing to give the boy STDs before his SATs and then blames it on the boy even though she was fucking other people raw at the same time. ...The majority of your children, you don't even know who the father is. ...Big forehead fake hair having motherfuckers." Said Tommy.
Posted by Angelo Agathangelou at 4:58 am No comments: Links to this post 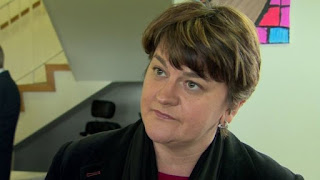 Via Jeff, J4MB: The ill-fated Renewable Heat Initiative (RHI) is currently £490 million over budget. The Wikipedia content on RHI:


In December 2016, Foster faced criticism and controversy after a whistleblower revealed that the Renewable Heat Incentive scheme overspent by £400m, a failure which has been nicknamed the Cash for Ash scandal.[17]
The scheme was originally set up by the Department of Enterprise, Trade and Investment (DETI, now Department for the Economy) when she was Minister of the department and the scheme offered incentives to businesses if they installed renewable heating systems, such as burning wooden pellets.
She faced strong criticism after it was claimed that she personally campaigned to keep the scheme open, even when senior civil servants warned of the overspend and the Minister responsible, Jonathan Bell, planned on closing it. It remained open for an extra two weeks before it was finally closed.

By Tyler Durden: The following video was broadcast on Facebook Live and depicts Brittany Herring and others tying-up, attacking, and cutting an unidentified white male.

[Angelo: 4th time I'm replacing this video because big sister authorities
and youtube don't want you to see/know the truth. Down from over an hour long.]
As Alastair at StockBoardAsset.com notes, around the 14 minute mark, “This Nigga right here represents Trump”, said the unidentified man.
The video was uploaded to Facebook live yesterday by a user named Brittany Herring, the African-American woman who appears in the clip. The 30 minute video shows a young man tied up in a corner with blood coming from his head. The man’s mouth is gagged as thugs humiliate and abuse him.