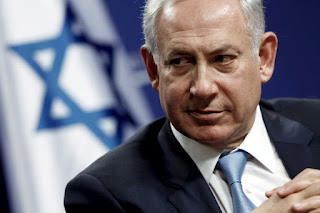 By David Sheen: Israeli Prime Minister Benjamin Netanyahu is carrying out ethnic cleansing.
Two incidents bookending the year capture the zeitgeist of Israel’s war on African refugees in 2016. In January, an African refugee family, whose 1-year-old baby, Kako, had been stabbed in the head, departed Israel after the Netanyahu government refused to help them defer the child’s medical bills.
And in December, the Israeli police station responsible for south Tel Aviv honored May Golan, a leader of anti-African incitement campaigns that, for all intents and purposes, encourage attacks such as the one on baby Kako.

For the past five years, I have been compiling annual lists of the ringleaders in Israel’s war on Africans. My list for 2016 incorporates almost every branch of the Israeli state.
10. Moshe Kaspi, university dean
In February, the dean of an Israeli university gave his students an exam that contained a question which implicitly compared African refugees to rats.
In the test authored and administered by Moshe Kaspi, a dean at Ben-Gurion University of the Negev, engineering students were asked to calculate the cost of removing rodents from the Tel Aviv area, transferring them to a holding center in the south of the country, and then shipping them to Africa, where they would be experimented on.

By Emran Feroz: People demonstrate. Israeli soldiers give chase. Sometimes they use lethal force. On the sidelines, Israeli settlers stand by, grinning under the protection of the soldiers.
It is just another day in Nabi Saleh, a small village in the central occupied West Bank, as captured in Even Though My Land is Burning, a new documentary by Israeli filmmaker Dror Dayan, who now lives in Berlin.
The film portrays the lives of Palestinian villagers under occupation and how some anti-Zionist Israeli Jews support their cause and their resistance. It shows how the organized resistance works in Nabi Saleh.
The choice of Nabi Saleh as the film’s focal point was deliberate. The village has been a center of unarmed resistance to Israel’s occupation for years now, but while it is just one small part of a bigger, more complicated picture, it is an important one, according to Dayan.

Read more »
Posted by Angelo Agathangelou at 7:56 pm No comments: Links to this post

By Kyle Foley: In Lexington, Kentucky, local school officials have caved to a massively underwhelming petition and ditched the mascot for a new school because some people decided it was “inappropriate and sexist.”
The petition, which received only 214 out of the 500 signature goal, aimed to persuade the local school district to remove the name “stallions” from a new school being built.

Frederick Douglass High School had planned on having the stallion mascot, but some students were too triggered by it. The folks behind the petition are mad because a stallion is another name for a male horse, and it is absolutely appalling to think that females should be associated with a school represented by a male figure (ignoring the fact that the school itself is named after a man).

Video by Keren Manor:
'If Joseph and Mary were to make their journey from Nazareth today, Israel’s military checkpoints and massive concrete wall would prevent them from accessing the Bethlehem manger where tradition holds Jesus Christ was born.'
Bethlehem - Israeli soldiers fired tear gas, pepper spray and stun grenades at Palestinians calling for free movement between Bethlehem and Jerusalem on Friday. - The Christmas-themed protest was held in front of Checkpoint 300, where Israeli soldiers control Palestinian movement between the occupied West Bank cities.


Read more »
Posted by Angelo Agathangelou at 1:10 pm No comments: Links to this post

Preacher Exposes The Federal Reserve + Americans Are Stupid & Proud Of It

ZR: In short, The Federal Reserve creates money out of nothing and loans it to US Federal Government at interest - and now the US national debt has risen to 19.9 trillion. Next, Central Banks and governments, across the world, are in the process of digitizing money so they won't even need to print it! Imagine the consequences of a one world digital currency! It is coming. - It is said that President Kennedy was killed because he went against the Federal Reserve. It is indeed the center and root of all corruption.

Read more »
Posted by Angelo Agathangelou at 3:57 am Links to this post

The Coup Against Truth

'The president of Russia states publicly that Washington is driving the world to thermo-nuclear war and that his warnings are ignored. The president-elect of the United States is under full-scale attack from the CIA and knows that he cannot trust his official security force.'
By Paul Craig Roberts:
Jon Rappoport’s mocking of the US presstitutes is superb:
“Vladimir Putin is the secret president of the United States.
“Yep. That’s it. The US is now the USSR. It’s all over. Trump is a Communist who took orders from Putin. Trump is a Red. That was his game all along. He’s a billionaire Commie.” 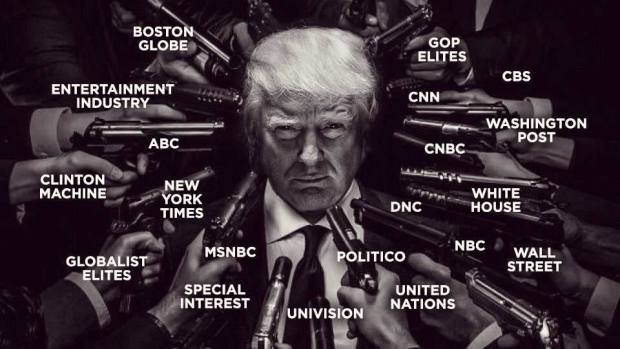 Ridicule is effective, and nothing deserves ridicule more than the Washington Post, New York, Times, CNN, and the rest of the presstitutes who pretend to be real journalists. But as I have emphasized, and other real journalists, such as Glenn Greenwald imply, the fake news recklessly promoted by the presstitutes brings with it the threat of thermo-nuclear war.

Read more »
Posted by Angelo Agathangelou at 1:45 am No comments: Links to this post 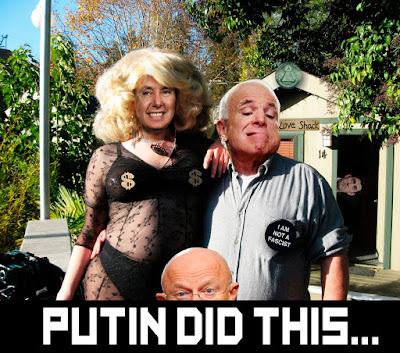