A Futile Attempt To Enlighten A Feminist About MGM & FGM

By Mike Buchanan: On International Men’s Day (2015) we held an anti-MGM protest in Parliament Square, the video (6:30) is here. This afternoon I received some comments on YouTube in response to that video, from ‘Sarah R’, and reproduce them (and my responses) here.

Male circumcision isn’t mutilation. [Yes, it is.] In fgm, the entire clitoris is removed. [No, it isn’t.] In males, that would be the equivalent to cutting of the head of the penis. [No, it wouldn’t be.] The foreskin is a tiny thin membrane that covers the penis [No, it’s not, it’s a substantial and extremely nerve-rich piece of skin which covers the tip of the glans, and has important functions about which you’re evidently ignorant] and in females it would be equivalent to the hymen. [No, it wouldn’t.] It’s not the same and most people who get it done do not want their son to contract STDs and expose other people to them. [That’s very rarely their motivation.] Uncircumcised males are more likely to contract and spread disease. [Where’s your evidence for this?] It’s only logical. [No, it’s not.]

I wrote:
Sarah, I am only publishing your comment because you’re clearly deeply ignorant about both FGM and MGM.

Read more »
Posted by Angelo Agathangelou at 10:05 pm Links to this post

Damsel Instructed Hero On How To Slay Dragon 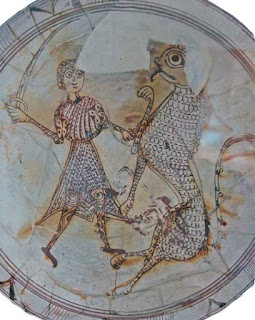 By Author Douglas Galbi: Dragon Castle was filled with gold, precious stones, and sumptuous furnishings. Yet the place seemed to be bereft of human beings. Amid all the splendor, Kallimachos felt lonely.
He entered a room made of gold. The gold and pearls of its ceiling depicted the heavens; the ruler Chronos, the father of castration culture; and the white planet of Zeus, Chronos’s son who would depose him. The star of Aphrodite glowed alluringly. The figure of Ares seemed to be frolicking with her. Athena, the goddess of wisdom, also appeared in the ceiling. Her figure apparently prompted the narrator only then to notice a solitary girl hanging from the ceiling by her hair.

Groundwork For The Metaphysics of MGTOW: With all the speculation around the coming collapse, I have designed a thought experiment to see how your MGTOW insights steer the decision making.

Livistros And Rhodamne Shows Men Under Despotic Eros In Byzantium

By Author Douglas Galbi: In the mid-thirteenth-century Byzantine romance Livistros and Rhodamne, Rhodamne learns that her long-lost husband, the Latin knight Livistros, is alive. She exclaims:

My doubts are many and my disbelief great. A dead man come back to life — who will believe it? If he is really alive, which I doubt, how has he come to me? [1] 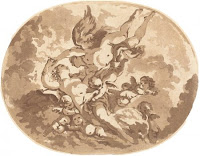 Byzantine writers could hardly express such doubts openly with respect to Christ in thoroughly Christian Byzantine society. That’s also true with respect to the legitimacy of gynocentrism. In Livistros and Rhodamne, Love (Eros) is God. He rules heaven and earth despotically. Men’s position of abjection within that despotism ineluctably inspires doubts.
Livistros and Rhodamne begins with the story of a MGTOW nightmare. Livistros recounted his original bliss as a single man:

Joy was my companion, serenity my friend. Never was there any happiness or pleasure which I lacked. And amid so much joy, amid so many pleasures, amid all my wealth and prosperity, amid the many luxuries and delights which I possessed and had at my command and in which I took pleasure, no concern for love ever came to me. My mind was completely free of passion. The thought of love did not enter my mind. I lived unsubdued, in freedom, without Love’s tortures, and beyond desire. [2]

Read more »
Posted by Angelo Agathangelou at 2:57 pm No comments: Links to this post

Shocking Images From Moria Refugee Camp Of Migrants Forced To Live In The Snow - Lesbos, Greece

"This is not normal, we are human beings, I know of dogs who have a better life”, the refugee reiterates in disbelief of the torture that so many people in need are being forced to live in the outskirts of “Fortress Europe”.
Perseus999: Disgraceful images to anyone calling themselves human has leaked out of Moria refugee camp in Lesbos island, Greece, exposing the dreadful and inhumane conditions that migrants are being forced to endure in order to survive in – 5°C, sleeping in tents, on the frozen ground, under heavy snowfall.

The Alt Right is The New Jew

Listen and learn from JDL founder about the Jewish State:

By Gilad Atzmon: It been accepted for a while that the New Left is the Old Right. However, we have been quick to learn that the Alt Right is the New Jew.
The Jewish Daily Forward reports this week that supporters of the far-right Jewish Defense League (JDL) are sympathetic to the white nationalism of the “alt-right” — and have “no plans to push back against an anti-Jewish march planned in Whitefish, Montana by a neo-Nazi”.
JDL leader Jonathan Stern told Haaretz that “alt-right” figurehead Richard Spencer was “a white nationalist who stands up for white people and there is nothing wrong with that.” Stern seems to accept that if Jews are entitled to celebrate their Jewishness (as the daily Forward has been doing for a century), White people are also entitled to celebrate their Whiteness. 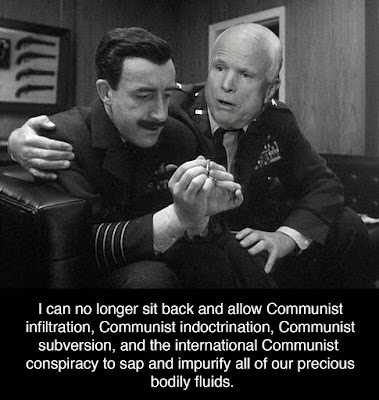 Read more »
Posted by Angelo Agathangelou at 9:13 am No comments: Links to this post 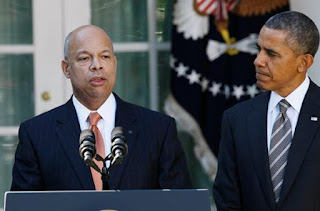 Intro. by PCR: What’s Going On Here? On its face, this federal power grab doesn’t make any sense.
By Tyler Durden: In a stunning last minute power grab by the Obama administration with just 14 days left in his Presidency, the Department of Homeland Security released a statement this evening officially declaring state election systems to be "critical infrastructure."  The statement from DHS Secretary Jeh Johnson defines "election infrastructure" as "storage facilities, polling places, centralized vote tabulations locations, voter registration databases, voting machines" and all "other systems" to manage the election process...so pretty much everything.

thejuicemedia: The Australian Government just released this ad about it's Centrelink (social security) shitstorm, and it's surprisingly honest and informative.
Posted by Angelo Agathangelou at 12:41 am No comments: Links to this post