A Short Film On British Forgiveness

Gilad Atzmon: This week an Israeli embassy official has been caught on camera plotting to “take down” members of the British parliament. - Israeli Ambassador Mark Regev apologised personally to the Deputy Foreign Minister (Sir Alan Duncan) for the Israeli senior diplomat being caught on camera conspiring against the British democracy...

Misandry Is On The Rise On College Campuses

By Tim Patten: Many would agree that sexism and racism remain serious and, in some cases a growing concern. However, those being discriminated against are not the ones that feminists and other alleged advocates for equal rights have traditionally focused their attentions and efforts on. Instead, the group being victimized is men. 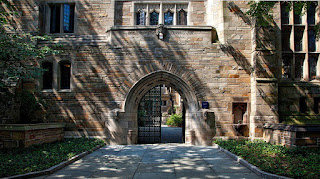 There is plenty of evidence to suggest that males are being mistreated - and yet, for some strange reason, many seem to find this totally acceptable. Ironically, one such example includes a ban on straight white men at the United Kingdom’s equality conference of the University and College Union, reported by the Daily Mail in June 2016. But this was not an isolated event. Reports suggest that such developments are commonplace, for instance, on college campuses in the U.K., U.S. and elsewhere. - Simply put, white heterosexual men are blameworthy and deserve to be excluded. 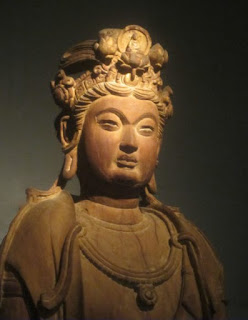 By Author Douglas Galbi: In Chrétien de Troyes’s late-twelfth-century Arthurian romance Cligès, Empress Fenice represents a saint in the Latin tradition of Saint Marina. Other motifs and structures in Cligès apparently came from Latin literature connecting to Byzantium and the Islamic world. Although Chrétien wrote Cligès in the vernacular (French), he built Cligès upon the broad scope of medieval Latin literature.
Cligès explicitly describes Empress Fenice as a saint. When Fenice apparently died, persons all around the city of Constantinople wept and lamented that Death had killed “the best, most saintly woman”. She was “someone better / Than best, better than them all.” The craftsman John built a magnificent tomb intended to hold “the remains of some holy saint.” John told the Emperor that Empress Fenice could be buried in that tomb:

By placing her body there,
Surely it would hold a saint. [1]

By Matt Hunter: An office manager who went on a £38,000 shopping spree on the company debit card was spared jail because the judge 'hates sending women to prison.'
Sophie Franklin, 30, helped herself to the cash when working for Circle Square Agency based in Bermondsey, southeast London. 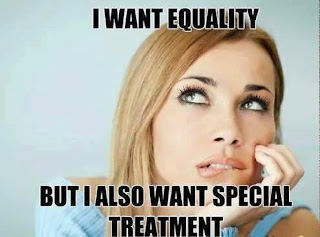 Between January 2014 and August 2016 she used the company card to splash out on designer clothes, make-up, sunglasses for her and her friends.
She spent £7,000 on taxis and ran up huge hotel and mobile phone bills under her bosses noses.
Franklin sobbed in the dock at Inner London Crown Court as Judge Owen Davies, QC, adjourned sentence and said: 'I hate sending to prison women who have not been to prison before.'
Read more »
Posted by Angelo Agathangelou at 7:25 pm No comments: Links to this post

By William Collins: The price of freedom is eternal vigilance. We have become insufficiently vigilant. If there is one thing we should have learnt by now it is how thoroughly the popular narrative can be manipulated by control of the media. And it is manipulation of the popular narrative which has made the anti-freedom of hate crime palatable to the public.
On Friday 6th January 2017, BBC Radio 4’s PM programme aired a long interview with Gerry Gable of the anti-fascist magazine Searchlight (available here, 44:00 to 57:00). I found it chilling, but not for the reason the BBC was hoping. The interview concerned the activities of Searchlight in opposing and infiltrating organisations described in the programme as far-right extremists. The groups National Action, Britain First and EDL were mentioned, as were the alt.right and Breitbart. (National Action has, I believe, been banned in the UK).

Danni Askini: A Con Man In A Dress

Incognito: SJW vs LOGIC - Joe Rogan Destroys The Gender Wage Gap - explains why the gender pay gap is false.
Posted by Angelo Agathangelou at 10:15 am No comments: Links to this post

"Jerusalem is under a military occupation by the Israeli regime. Under the Geneva convention of 1949, of which America is signatory, an occupying force is forbidden to settle its citizens and nations must press for a negotiated status before affirming legitimacy. By moving its embassy from Tel-Aviv to Jerusalem America breaks its own binding pledge. Moral high ground falls to the ground when you can't even honour your own word." Said Nathanael.
Posted by Angelo Agathangelou at 8:19 am No comments: Links to this post

Gary Orsum: Debunking the domestic violence narrative that all men are perpetrators doesn't mean that some men aren't.

Read more »
Posted by Angelo Agathangelou at 5:05 am No comments: Links to this post