6oodfella: Please let me know of any microaggressions you've suffered from.

Read more »
Posted by Angelo Agathangelou at 11:44 pm No comments: Links to this post

The Jewish Lobby P4: The Takedown

Al Jazeera English: In part four of The Lobby, the senior political officer at the Israeli Embassy in London discusses a potential plot to 'take down' British politicians – including a Minster of State at the Foreign office who supports Palestinian civil rights.

Read more »
Posted by Angelo Agathangelou at 7:07 pm No comments: Links to this post

Did The Al-Jazeera Expose Fail And If So Why?

By Gilad Atzmon: “The Lobby”, the Al-Jazeerah expose of the Israeli Embassy and the Jewish Lobby infiltration into British politics is a landmark in journalism. It seems that Qatari TV outsmarted Israeli intelligence in the UK and beyond.
In the program, an undercover journalist named ‘Robin’ managed to infiltrate into the corridors of the Jewish lobby in Britain, secured the trust of a senior Israeli intelligence officer and, most importantly, managed to reveal the depths of Israeli interference in British politics. 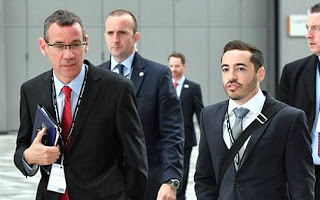 We learned how Israel and its lobby plot against Britain and the Brits. In the program, Shai Masot, an Israeli official was caught on camera conspiring to “bring down” a British minister.
We learned how our own treacherous MPs shamelessly serve a foreign power and foreign interests. In Episode 3 we witness British politicians and Israeli lobbyists such as MP Joan Ryan  caught on camera smearing a Labour voter as an 'anti-Semite', and practically conspiring against her own party. Ms Ryan does it all for the Jewish state, a state with a horrid record on human rights and war crimes.  I wonder what is it that motivates MP Ryan? Is it  greed, or is it just power seeking?
The Brits should certainly ask themselves how come it is left to a Qatari TV network  to reveal the shocking news about their democracy being taken over by a foreign Lobby. Should this not be the concern for the BBC or the Guardian?

By Paul Craig Roberts: It did not take long before we knew there was no hope of change from President Obama. But at least he went into his inauguration with an unprecedented number of Americans on the Mall showing their support for the President of Change. Hope was abundant.
But with Trump, we are already losing faith, if not yet with him, at least with his choice of those who comprise his government even before Trump is inaugurated.
Trump’s choice for Secretary of State not only sounds like the neoconservatives in declaring Russia to be a threat to the United States and all of Europe, but also sounds like Hillary Clinton in declaring the South China Sea to be an area of US dominance. One would think that the chaiman of Exxon was not an idiot, but I am no longer sure. In his confirmation hearing, Rex Tillerson said that China’s access to its own South China Sea is “not going to be allowed.”
Here is Tillerson’s statement: “We’re going to have to send China a clear signal that first, the island-building stops, and second, your access to those islands also not going to be allowed.”
I mean, really, what is Tillerson going to do about it except get the world blown up. China’s response was as pointed as a response can be:
Tillerson “should not be misled into thinking that Beijing will be fearful of threats. If Trump’s diplomatic team shapes future Sino-US ties as it is doing now, the two sides had better prepare for a military clash. Tillerson had better bone up on nuclear power stategies if he wants to force a big nuclear power to withdraw from its own territories.”

Read more »
Posted by Angelo Agathangelou at 3:03 pm No comments: Links to this post

Al Jazeera English: In part three of The Lobby, our undercover reporter travels to the Labour Party Conference, revealing how accusations of anti-Semitism by group within Labour targeted Israel critics and saw some investigated.

Read more »
Posted by Angelo Agathangelou at 1:05 pm No comments: Links to this post

The Bottom Of The Rabbit Hole

'The female sex may be seen as parasitic on male disposability – and this is true at great evolutionary depth, not just in human society.'
By William Collins aka MRA-UK: How deep does the rabbit hole go?
Many have asked. There is an answer.
The answer is: the rabbit hole is several hundred million years deep.
Male disadvantage is as old as anisogamous sex itself. Ever since males became distinguished from females, males have been disadvantaged. And that happened not long, in evolutionary terms, after the dawn of multicellular organisms. 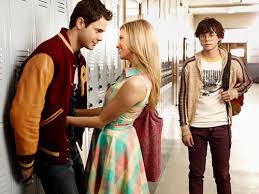 If males are privileged, or even if we are equal, where is my uterus?
Feminists promote the view that the possession of a uterus is a burden. Certainly it was when the occupational hazard of being female was a succession of unwanted pregnancies and the curtailment of individual freedom which that imposed. In evolutionary terms, the female invests heavily in reproduction.
By the same token, in evolutionary terms, males might appear to have a lot of catching up to do as regards contribution to the reproductive endeavour. But too naive a view of these matters can lead otherwise sound scientific expositions into a pejorative – even misandric – view of male contribution, such as this quote from Lukas Schärer,
“The male sex can be seen as a parasite of the investment by the female sex” 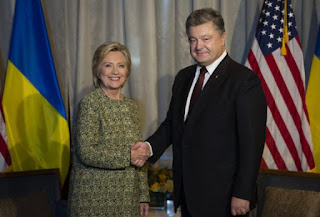 By Michael Krieger: A couple of days ago, Politico published a fascinating piece describing how factions associated with the current Ukrainian government apparently interfered in the U.S. election on behalf of Hillary Clinton. The findings seem pretty damning, and certainly warrant at least some conversation within the American media given the 24/7 obsession with Russia. Nevertheless, most of you have probably never heard of this saga, since when it comes to the corporate media news cycle, some election interference is more equal than others.