...about the pay gaps at the EHRC. Oops.
By Mike Buchanan, J4MB: The Board of Commissioners at the EHRC is the highest-level decision-making body in the organization. A list of the commissioners is here. The chair and commissioners are appointed by the Minister for Women and Equalities. Nine of the 12 commissioners are female. Both the chief executive and the deputy chief executive are women. Gender equality is a fine thing, when women are in charge of making appointments.
Last week there was the first meeting of the Women and Equalities Committee since Philip Davies was appointed to it, unopposed.

Read more »
Posted by Angelo Agathangelou at 10:41 pm No comments:

"We Are Transferring Power Back To The People"
By Tyler Durden: In an inaugural speech that appealed to the core tenets preached during his presidential campaign, tinged with an overtone of palpable anger and a suggestion of protectionism, Trump revisited the themes that brought him into the White House, and vowed to bring back jobs, fortify America's borders and restore America's wealth, while transferring power from Washington and giving it back to "you, the people." "Today we are not merely transferring power from one administration to another or from one party to another," Trump said in his inauguration speech. "We are transferring power from Washington, D.C. and giving it back to you, the people."


Read more »
Posted by Angelo Agathangelou at 7:13 pm No comments:

By Michael Conzachi: I have written on this site as well as other sites of some truly remarkable military court-martial cases, that in a reasonable common sense world would not even reach the front door of a civilian prosecutor’s office.  In fact, during my career, if I had the temerity to present a case like many of the military cases I routinely see, I would have been removed from my assignment and instead been placed in charge of parking tickets. 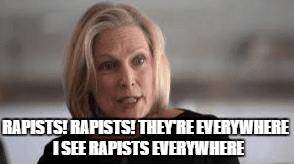 Every day in military courtrooms, servicemen are being tried, convicted and incarcerated for sexual assault cases that never happened.  Let me say that again, tried, convicted and incarcerated for sexual assault cases that never fucking happened!
Now; while I will agree that sexual assaults in the military DO happen, a significantly high number of these allegations are brought about based on allegations from vindictive divorcing wives, vengeful ex-girlfriends who have just been dumped, or others who regret a consensual encounter, then weeks months or even years later decide that they have been sexually assaulted.
Let’s also factor in the scores of military females who have filed false allegations in order to get a preferential duty assignment, to avoid a deployment, to cover-up an adulterous affair, to reunite with a lesbian lover, or to score big in the form of transitional compensation payments and VA benefits.  The stories are out there and they are endless.

Read more »
Posted by Angelo Agathangelou at 4:44 pm No comments:

The Irrational World Of Rebecca Reid

Gary Orsum: Rebecca Reid goes out of her way to vilify a happy family.
Read more »
Posted by Angelo Agathangelou at 2:05 pm No comments:

By Isra Saleh el-Namey: Hundreds of residents of the Jabaliya refugee camp braved plunging temperatures in Gaza last Thursday to take to the streets and protest against the coastal strip’s worsening electricity crisis.
Among them were Muhammad Shamali, 19, who said the situation was fast becoming untenable in the cold winter conditions. 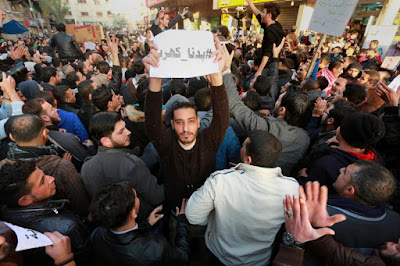 “The situation is getting unbearable. We have electricity for only three hours a day in this freezing season,” the university student told The Electronic Intifada. “We are used to having the electricity off, but not for this long.”
Such demonstrations have not been confined to this impoverished refugee camp in northern Gaza. As winter sunk its teeth in, protests sprung up across the Gaza Strip over the past week urging Palestinian leaders, in Gaza and beyond, to find a solution.
A shortage of electricity is a chronic problem in the Gaza Strip. Electricity infrastructure was targeted and destroyed during multiple Israeli military offensives over the past 10 years and cannot be repaired due to Israeli restrictions on the import of materials and spare parts to Gaza.

The Red Pill: Live From Norwich

Read more »
Posted by Angelo Agathangelou at 5:31 am No comments:

Max and Stacy discuss the soaring small business optimism which looks all euphoria, no action. In the second half Max interviews Reggie Middleton of BoomBustBlog.com about the T’rash to follow Trumphoria. They also discuss Trump’s tweeting industrial policy.
Posted by Angelo Agathangelou at 4:02 am No comments:

Women's (Except for Pro-Life Women) March on Washington

Julie Borowski: The Women’s March on Washington has removed New Wave Feminists (pro-life feminists) from their lists of sponsors for being pro-life. They are also concerned about Trump, but it doesn't matter.

Read more »
Posted by Angelo Agathangelou at 2:04 am No comments:

Violence: The Language Of A Jewish State + Israeli Soldier: "I Found Myself Enforcing An Apartheid Regime"

By Jonathan Cook: Here is another image that conveys the situation of Palestinians – these ones Palestinian citizens of Israel – more completely than any words. The man on the ground is Ayman Odeh, a member of the Israeli parliament, the head of the Joint List, the third largest party in the parliament, and the highest-ranking Palestinian politician in Israel. 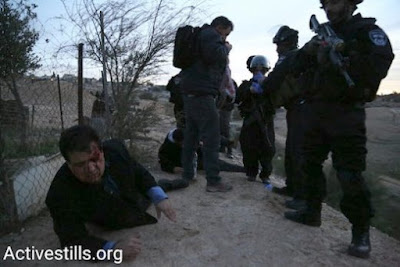 Israeli police have just shot him with rubber-tipped bullets, not once but twice – including to the face. Odeh is one of the least confrontational politicians among Israel’s large Palestinian minority, a fifth of the population. His message is consistently one of peace and amity between all Israeli citizens, whether Jews or Palestinians. That does not seem to have protected him from the shoot-first, ask-questions-later approach of Israel’s security forces towards Palestinians.
This image should be as shocking as seeing a bloodied Bernie Sanders or Jeremy Corbyn crawling in the dirt, watched impassively by US or UK police.
Read more »
Posted by Angelo Agathangelou at 12:09 am No comments: