Welby Is Sucked Further Into The Feminist Mire

By ‘Rebel Priest’ Rev Jules Gomes:
You boot a right-wing chaplain out,
You bring a left-wing chaplain in,
In, out, in, out,
You shake it all about.
You do the Hokey Cokey, and you turn around,
That’s what the Church of England is all about. 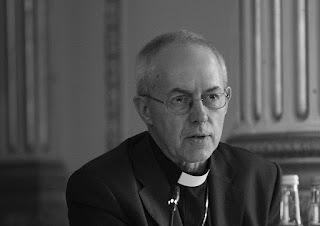 We’ve seen the era of the Blair babes, and we’ve seen the epoch of Dave’s dolls. Now we’re witnessing a new age of Welby’s [above] “wimmin” priests and bishops. While Buckingham Palace has just given the bum’s rush to a Queen’s Chaplain who adores the Lord Jesus Christ, Lambeth Palace has just welcomed an Archbishop’s Chaplain, who adores the ultra-radical French feminist Luce Irigaray. “I Love Luce” Isabelle Hamley will be in the vanguard of the new high priestesses of the Church of England. From the sixties to the nineties, they railed and rallied against patriarchy, burned bras and demanded the ordination of women. In the digital age, they march against the democratically elected President of the free world, wear “pussy hats,” and join the orgy of obscenity shouting out various nomenclatures for a certain part of the female anatomy.

Terrorism: How The Israeli State Was Won

On December 14, Tom Suárez spoke at The House of Lords, London, at the invitation of Baroness Jenny Tonge. Drawing from his recently published book State of Terror, he addressed the centennial of the Balfour Declaration and his views on the way toward ending today’s Israel-Palestine “conflict”. The following are Suárez’s remarks. The book was reviewed here by David Gerald Fincham. 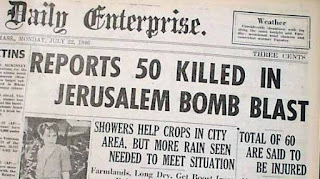 By Tom Suarez: Good evening, thank you so much for taking time out of what I know are your busy schedules to be here now. My thanks to Jenny Tonge for making this meeting possible; and I would like to thank three people without whom the book would not exist: Karl Sabbagh, my publisher; Ghada Karmi, who inspired the book; and my partner, Nancy Elan, who was my constant alter-ego during my research and without whom I surely would have given up.
My work is based principally on declassified source documents in the National Archives in Kew. When I have had to rely on published works, I have trusted established historians who cite first-hand sources. Everything I will say here tonight is based on such source material.
Read more »
Posted by Angelo Agathangelou at 5:15 pm No comments: Links to this post 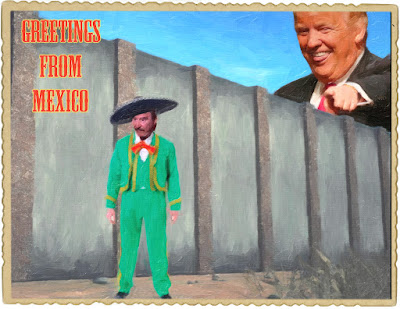 Read more »
Posted by Angelo Agathangelou at 3:37 pm No comments: Links to this post

Feminism Or How Rich Women High On Entitlement Are Destroying Society

TheLondonGroup: The Forgotten Man discusses how the feminist plague has been spread by rich women with a massively over indulged sense of entitlement. These women are spreading this poisonous rhetoric and pretending it's Gospel. They are ruining the lives of their husbands, sons and daughters, and they're destroying society. These maniacs must be stopped.

Read more »
Posted by Angelo Agathangelou at 12:16 pm No comments: Links to this post

“Our government has a responsibility to defend our borders, but we must do so in a way that makes us safer and upholds all that is decent and exceptional about our nation.
“It is clear from the confusion at our airports across the nation that President Trump’s executive order was not properly vetted. We are particularly concerned by reports that this order went into effect with little to no consultation with the Departments of State, Defense, Justice, and Homeland Security.

Debt Will Defeat The Fed + The Birth Of The American Empire

Read more »
Posted by Angelo Agathangelou at 6:49 am No comments: Links to this post

By Gilad Atzmon: But with Goldman Sachs and Soros destroying one country after another, they do not stand a chance. By now we are all Palestinians.  David Icke knows it and he is not alone!!!

The following pathetic video was produced by the Campaign Against Antisemitism, an Israeli Hasbara unit operating in Britain. This video won't hurt David Icke. Instead, it proves once again that Jewish power is the ability to silence discussion on Jewish power. This power is proving less effective by the day.

Posted by Angelo Agathangelou at 6:03 am No comments: Links to this post


"What I really want you guys to imagine is that feminism has a place in the world. Imagine that women can tell you how oppressed they are when a word from a women can get a man arrested, fired and killed! I refuse to believe this." Said Tommy Sotomayor.

Read more »
Posted by Angelo Agathangelou at 4:43 am No comments: Links to this post

By Gilad Atzmon: The Guardian reports today that the White House has defended its omission of Jews and antisemitism from a statement remembering the Holocaust by saying that Donald Trump’s administration “took into account all of those who suffered”.
In practice the conservative ‘reactionary’ president has succeeded where ultra progressive Jackie Walker failed. Walker was suspended from the Labour party a few months ago for pointing out that the Holocaust Memorial Day was not wide-ranging enough to include other genocides.

On International Holocaust Remembrance Day last Friday, the White House 'failed' to mention Jews, Judaism or antisemitism. The presidential statement, instead, universally referred to the suffering of all innocent people, a fact that upset many American Jewish leaders such as Jonathan Greenblatt,  the head of the Anti-Defamation League and Steven Goldstein, the executive director of the Anne Frank Centre.  Both Goldstein and Greenblatt believe that the Holocaust is a jews-only territory and the holocaust memorial must promote the primacy of Jewish suffering.
But for the rest of humanity, it seems, it has become clear that the Jewish State is at the root of a regional disaster. The rest of humanity is also becoming aware that it is the Jewish lobby and Zio-cons that are pushing for more and more global conflicts whether it is a war against Libya, Syria, Iran or Iraq.

Read more »
Posted by Angelo Agathangelou at 2:34 am No comments: Links to this post