'Women are above the law
to a degree unfathomable to men.'

A new mother who throttled her baby daughter to death with a pair of knickers within minutes of giving birth in her bathroom has been spared jail.
Gintare Suminaite, 30, killed her child, the product of a secret affair with a fellow Lithuanian, at the bedsit she shared with her boyfriend on April 5 last year.
Last month, the defendant, from Bognor Regis, West Sussex, denied murder but admitted infanticide as she was mentally disturbed by the effects of giving birth…
Following her arrest, Suminaite said she strangled her baby but did not know why…
She said she did not know why she did it as she had no mental problems.

'Any woman reading about the case
– and similar cases – will know
she can murder her new-born baby,
and not serve a prison sentence.'
Read more »
Posted by Angelo Agathangelou at 11:32 pm No comments:

US Invades Yemen, Shoot And Kill 8-Year-Old Girl, 29 'Others'

'Others' = The lame-stream word in this case for invariably unimportant murdered Men and often Boys, unless they were killed at work in which case we're told their job title, coal miners, service members, etc.'
MEMO: While the media attention has been focused on the death of one US service member who was killed during a raid in Yemen, one of the most tragic casualties of the assault ordered by President Donald Trump was an icle eight-year-old girl.

The raid took place over the weekend, as US forces attempted a “site exploitation” attack that attempted to gather intelligence on Al-Qaeda in the Arabian Peninsula (AQAP), the extremist group behind several high-profile terror attacks, including the Charlie Hebdo attack in Paris in two years ago.
Though the United States hailed the operati on as a success, reports from Yemen would seem to indicate that the price paid by Yemeni civilians and non-combatants was extraordinarily high.

Read more »
Posted by Angelo Agathangelou at 1:52 pm No comments: 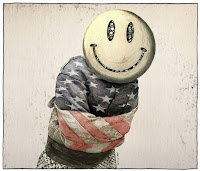 By Chris Hedges: Reality is under assault. Verbal confusion reigns. Truth and illusion have merged. Mental chaos makes it hard to fathom what is happening. We feel trapped in a hall of mirrors. Exposed lies are answered with other lies. The rational is countered with the irrational. Cognitive dissonance prevails. We endure a disquieting shame and even guilt. Tens of millions of Americans, especially women, undocumented workers, Muslims and African-Americans, suffer the acute anxiety of being pursued by a predator. All this is by design. Demagogues always infect the governed with their own psychosis.
“The comparison between totalitarianism and psychosis is not incidental,” the psychiatrist Joost A.M. Meerloo wrote in his book “The Rape of the Mind: The Psychology of Thought Control, Menticide, and Brainwashing.”

Read more »
Posted by Angelo Agathangelou at 12:03 pm No comments:

Texas Judge Wears Pink Vagina Hat In Support Of Feminism Whilst On The Bench!

"There's a damned woman on the bench with pussy ears on talking about she gives a fuck more about women than men! How would you feel if you were a man and you're coming in front of a child support case or a child custody case and the bitch is on the bench with pussy ears!?" Asked Tommy Sotomayor.
Posted by Angelo Agathangelou at 10:37 am No comments:

...And Should Canada Dump the Monarchy and Become a Republic?
By JC Collins: It’s of paramount importance that Canada and other nations cut off foreign funding to civil society groups and foundations which operate within their borders. These foundations and organizations represent outside forces which have ulterior motives and agendas which may not always, if ever, be aligned with the needs of the people. 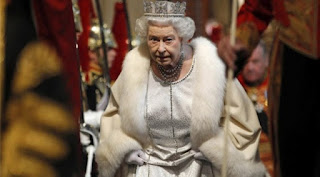 One such foreign “philanthropic” organization is the George Soros funded Open Society Foundation. This foundations sole purpose is the promotion and expansion of the liberal-left international agenda meant to reduce national sovereignty, fund and support massive migration, such as is taking place in Europe, and the promote the mandate of open borders.
Soros and his foundations have provided the majority of funding for liberal-left social justice movements which have eroded national identity, encouraged abortion and divorce, and promote extremist environmentalism and taxation, such as the carbon tax scams which are being implemented in western nations.

Read more »
Posted by Angelo Agathangelou at 8:30 am No comments:

Only Glass-Steagall Can Save World From Another Epic Crash 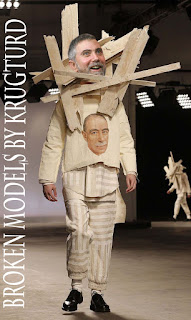 By Pam Martens: Allowing the largest Wall Street banks to brazenly loot the public is now the official policy of the US Congress. Following the worst financial crash since the Great Depression in 2008, Congress and the Obama administration engaged in the greatest legislative hoax in history in passing the Dodd-Frank financial reform legislation. Rather than reforming the corrupt and dangerous practices of the biggest Wall Street banks, the Dodd-Frank legislation actually allowed the biggest banks to expand their global loan-sharking operations, engage in ever more brazen crimes, while giving their lapdog regulator, the Federal Reserve (whose derelict oversight had led to the 2008 crash) expanded supervisory powers.
That the legislation was a hoax on the public is no longer debatable.

Trump Is About To Hammer The Federal Reserve

Submitted by JC Collins: Back in October of 2015 I wrote a post titled De-Fang the Federal Reserve – The Conspiracy on How the Fed is Being Integrated into the Multilateral Framework. It served as a summary of how the Fed acted as the global central bank almost from its inception in 1913 and how this would change in the lead up to a multilateral monetary framework. 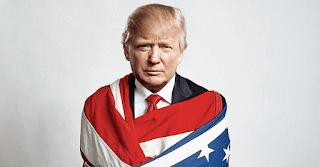 The Trump mandate on “America First” is being misconstrued as an isolationist policy but is in fact the cover for integrating America into the emerging multilateral.  This is difficult to see for most because it is hard to reconcile the idea of an isolationist mandate with that of a multilateral mandate. It appears to most that America is dumping the globalist script when in fact the script is in fact the same only the characters and events have changed.  The theme remains the same.

Read more »
Posted by Angelo Agathangelou at 5:05 am No comments:

By Philip Davies MP: Philip Davies MP, crusader against political correctness and so-called anti-feminist, is the newest member of Parliament’s Women and Equalities Committee.
Last week he introduced us to the surreal world of the gender equality industry – this week he exposes hypocrisy among its leading lights…

So I asked them what the gender, disability and race pay gaps are at their own organisation. Cue utter consternation.
After a not insignificant amount of waffle and spluttering, it finally emerged that neither the Chairman nor the Chief Executive of the ECHR had the first idea what the pay gaps were at their own organisation despite it being one of their main strategic aims to eliminate these pay gaps across the country!
You couldn’t make it up.

Read more »
Posted by Angelo Agathangelou at 1:25 am No comments:

BBC: A cool mother incensed at the installation of anti-homeless-male metal spikes outside a Manchester building has hit out at the owner - with cushions.
Jennie Platt, from Prestwich, got "a bee in her bonnet" after reading about the spikes on Marsden Street in the Manchester Evening News. 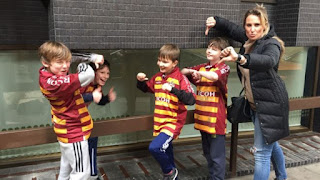 She recruited her sons George, 11, and Sam, 10, and they "piled down to Primark" to buy cushions to cover them.
"This is not the Mancunian thing, it's not how we treat people," she said.
Ms Platt, who is an estate agent, added: "The building owners are treating human beings like pigeons. ...I woke up on Sunday morning with a right bee in my bonnet and had to do something."
After watching her sons play rugby for the Sedgley Park Tigers on Sunday morning, the boys recruited a couple of their friends and they went shopping to buy soft furnishings and sandwiches, which they left outside the building.
Ms Platt said: "I know they won't last and I knew they'll get wet, but the people who manage that building need to know how to treat people."

Read more »
Posted by Angelo Agathangelou at 12:11 am No comments: