By William Collins aka MRA-UK: This is a minor revision to my earlier post “330 Child Homicides”. I have discovered a further serious case review from 2009 which appeared in my rough notes but did not get transcribed to the final post. I have provisionally identified this additional case with a spite killing of two children by a mother reported in “Learning from CAFCASS Individual Management Reviews (IMRs)“, November 2013. This brings the number of cases of spite killings, or ‘family annihilations’, by mothers to 5 (involving 8 children’s deaths) in the period 2009 to 2015, two of which occurred whilst the mother was ‘on contact’ – see Sections 9, 10 and 11.1. In particular the additional case is discussed in Section 10.2. If the additional case is not in fact the spite killing reported in the 2013 CAFCASS report, then there could be 6 such spite killings by mothers in this period. 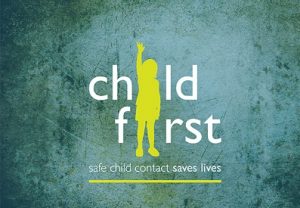 Rather than edit the original post, which has been widely copied elsewhere, I have opted for a re-post. Changes from the original are in blue text (mostly Section 10.2 and additional conclusions). The additional case does not significantly affect the overall statistics. Its significance lies in the increasing evidence that the particularly distressing phenomenon of ‘family annihilation’ is not just a male specialty.

Read more »
Posted by Angelo Agathangelou at 11:13 pm No comments:

By Martin Daubney: Back in the gender-segregated 1950s, huge armies of women merrily worked in female-only typing pools or garment factories. Men, meanwhile, toiled in coal mines or steel plants, rarely frequented by women, then supped warm beer in working men’s clubs or men-only tap rooms. But then came the Women’s Liberation movement, and these shackles were cast off.
Workplaces were increasingly integrated, and a gender war was declared on men-only spaces. Now, few are left standing.
Sports organisations like the Royal and Ancient Golf Club of St Andrew’s have driven their men-only membership policies into the long grass of history. “Outmoded” gent’s clubs like the Garrick are under constant pressure to admit women.

So it seems utterly contradictory that the latest trend – inherited, of course from liberal America – is for “women-only office blocks“.
What’s even more bizarre is that the very same media outlets condemning the men-only spaces are heralding this as a some sort of victory.

Zionist Report: We have so much to owe the Tribe! After all, they give us our non-corrupt Federal Reserve and Central Banks, Hollywood, Cultural Marxism - you name it! Remember to say thank you to the "Chosen Ones!!"

Read more »
Posted by Angelo Agathangelou at 6:16 pm No comments:

Amherst Student Expelled For Sexual Misconduct, Not Allowed To Defend Himself

...it would ‘impose psychological trauma’ on accuser. John Doe says there’s evidence his female accuser assaulted him, but a judge won’t make her co-operate.
By Robby Soave: Remember Amherst College student "John Doe," who was expelled for sexual misconduct, even though he had good reason to believe that his accuser had actually assaulted him? A judge recently blocked Doe's attempt to subpoena his female accuser's text messages on grounds that re-litigating the matter "would impose emotional and psychological trauma" on her. 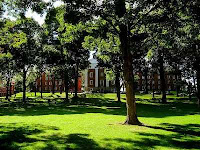 Consider the implications of this decision. According to Seattle District Judge James Robart, a student who believes Amherst violated his due process rights, wrongfully expelled him, and ignored subsequent evidence that his accuser, "Sandra Jones," was the actual violator of the college's sexual misconduct policies, does not deserve the opportunity to make his case because someone else's feelings are more important.
Whatever happened to believing the victim?

Read more »
Posted by Angelo Agathangelou at 4:13 pm No comments:

How Russia And The United States Are Cooperating In Syria 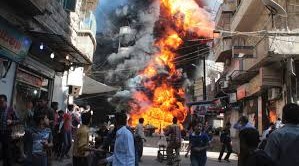 By Federico Pieraccini: Since Donald Trump became President of the United States, we have been witnessing some interesting developments in Syria. We have only fragmentary and seemingly unconnected information at this time, but, as one puts the pieces of the puzzle together, it appears likely that some kind of deeper level of coordination between the US and Russia exists. While it cannot be said with certainty, Trump and Putin have probably agreed to cooperate in the fight against Daesh in Syria without making it publicly known. These represent only intentions, especially after the misunderstanding in recent days about joint strikes between Moscow and Washington against Daesh in Syria.
The following list is intended to facilitate an understanding of a tentative hypothesis that posits secret coordination between the US and Russia.
Let us start with some points concerning recent months.

Read more »
Posted by Angelo Agathangelou at 10:25 am No comments:

By Tyler Durden: As prominent MEPs are slamming US President Donald Trump's choice for ambassador to Brussels, RT’s Afshin Rattansi sat down with Ted Malloch for his personal views on the matter.
RT: The EU parliament is somehow trying to veto your appointment as the next ambassador to the European Union. What is your reaction?
Ted Malloch: They must not have got the notice that Donald Trump won the American election.

True Detective & The Conspiracy Against The Human Race

Spetsnaz: True Detective is an American anthology crime drama HBO television series created and written by Nic Pizzolatto. The first season, starring Matthew McConaughey & Woody Harrelson takes place in Louisiana and follows a pair of Louisiana State Police homicide detectives, and their pursuit of a serial killer over a 17-year period.
Posted by Angelo Agathangelou at 7:02 am No comments:

French Horse Racing: Weight Change For Female Jockeys Will Give Them A Two-Length Advantage - Because Vagina

Via Jeff, J4MB: Extracts from the piece:


Governing body France Galop will allow 2kg (4.4lbs) less in the saddle to encourage use of female riders.
Group One-winning jockey Hayley Turner wants “more subtle” help, adding: “It seems a bit unfair on the lads.”
The British Horseracing Authority noted the move “with great interest” but has “currently no plans” to do the same.
Jean-Pierre Colombu, vice president of France Galop, said the rule change provided a “real opportunity” for female riders…
Jump jockey Lucy Alexander, the first female to become champion conditional in 2012-13, said she would “welcome” the change, adding: “The BHA should look at it.”

Rather than messing around with the weights, why don’t the French simply have the female jockeys start races two lengths ahead of the male jockeys? Possibly because the advantage would then become obvious and therefore unjustifiable?
We need more female jockeys winning races like we need more white sprinters winning Olympic sprint events. Maybe the black sprinters should wear belts with 5 kilos of weights in them, in the interest of equality?

Read more »
Posted by Angelo Agathangelou at 5:18 am No comments:

Mark Dice: Audi’s 2017 Super Bowl ad this year is a liberal propaganda piece which has turned off half of their customers who don’t want to be lectured about feminism and the widely debunked "gender pay gap" myth in a car commercial.

Read more »
Posted by Angelo Agathangelou at 3:05 am No comments: