Trump’s Refugee Ban - Made In Israel?

By Allison Weir: President Trump has issued an executive order suspending entry to the U.S for people from Iraq, Syria, Libya, Somalia, Sudan, Iran, and Yemen (the order is called “Protecting the Nation From Foreign Terrorist Entry Into the United States”). These same countries were the focus of the “Visa Waiver Program Improvement and Terrorist Travel Prevention Act of 2015” under President Obama.


While reports on Trump’s ban emphasize that these are Muslim majority countries, analysts seem to have ignored another significant characteristic that these countries share.


With just a single exception, all of these countries were targeted for attack by certain top U.S. officials in 2001. In fact, that policy had roots that went back to 1996, 1991, 1980, and even the 1950s. Below, we will trace this policy back in time and examine its goals and proponents.


The fact is that Trump’s action continues policies influenced by people working on behalf of a foreign country, whose goal has been to destabilize and reshape an entire region. This kind of aggressive interventionism focused on “regime change” launches cascading effects that include escalating violence.

Read more »
Posted by Angelo Agathangelou at 10:07 pm No comments:

Max and Stacy discuss China’s ‘debt trap diplomacy’ and Goldman Sachs conspiracies. In the second half, Max continues his interview with Jim Rickards, author of The Road to Ruin, about Donald Trump’s economic policies so far.
Posted by Angelo Agathangelou at 7:12 pm No comments:

My Daughters Won’t Be Poisoned By Feminist Piffle

By Laura Perrins: If there is one thing I intend to save both my daughters from, it is the poisonous, odious feminist ideology. If it takes my last drop of blood, I will prevent their minds being warped by this destructive nonsense that tells them they will face a lifetime of discrimination in the workplace and personal attacks on campus. I will protect them from the victimhood that is the sisterhood – so help me God. 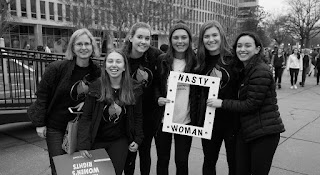 During the Super Bowl in the US, Audi took it upon themselves to belittle girls and women with the following ad. A male voice in a grave tone says: "What do I tell my daughter? Do I tell that her grandpa is worth more than her grandma? That her dad is worth more than her mom? Do I tell her that despite her education, her drive, her skills, her intelligence, she will automatically be valued as less than every man she ever meets?
"Or maybe ... I'll be able to tell her something different."
Yes, maybe you should stop lying to her. Maybe you should lay-off the propaganda and tell her that she is living in a time and place of unparalleled fabulousness for women – where with drive and determination she can achieve professional and personal success if that is what she wants.

Why Wouldn’t Our NHS Saints Help A Dying Man?

Too concerned with their own safety, nurses refuse to lift male patients

By Mary Wakefield: We all think pretty highly of ourselves these days, free from old-fashioned ideas about sin. We’re good people. And yet… I read in a letter in a local newspaper recently a description of an event in the writer’s own home which shows that we might also be becoming monsters.
The letter-writer, Jane, was a lady in her late fifties who cared at home for a husband, Fred, with terminal brain cancer. As Jane’s letter explained, Fred had fallen recently on to the bathroom floor, and as she was unable to lift him, she telephoned for help. Seven medics arrived and rushed to the scene. All seven then stalled. Though Fred was not obese, though there were seven of them, they told Jane that they were not allowed to help him up. Jane wrote: ‘I had two Marie Curie nurses, three district nurses, two paramedics and myself, all standing in a circle while they told Fred that he would have to try to get himself up from the floor… . Is this right, that in this day and age, a terminally ill man in great mental and physical distress, unable to comprehend why nobody would help him back to bed, is allowed to remain in terrible discomfort because the professionals involved are all too concerned about their own safety?’

Read more »
Posted by Angelo Agathangelou at 3:52 pm No comments: 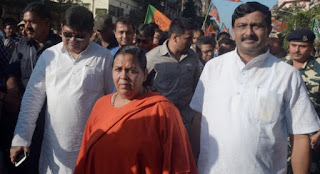 
An Indian minister says she made rape suspects [note, rape suspects, not convicted rapists – many (possibly most) will have been the victims of false rape allegations] beg for their lives and ordered police to torture them.
Uma Bharti, the water resources minister, claims she told the men’s accusers to watch as they were hung upside down. [How does she have the authority to do this, as the water resources minister?]
“Rapists should be tortured in front of victims until they beg for forgiveness,” she said.
“The rapists should be hung upside down and beaten till their skin comes off,” the minister is reported to have said.
“Salt and chilli should be rubbed on their wounds until they scream. Mothers and sisters should watch so they can get closure.”…
Ms Bharti said that when she was chief minister of Madhya Pradesh state from 2003-4, she took the same attitude.

The piece has links to other BBC pieces including a lengthy but fascinating one, Does India have a problem with false rape claims?. 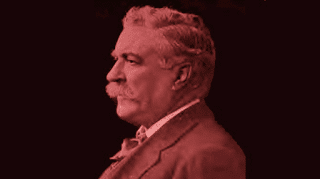 By Peter Wright: It’s easy to assume chivalry and feminism are unrelated, for don’t feminists eschew chivalry as belittling to women? Well, yes and no.
Over a century ago Ernest B. Bax noticed feminist rhetoric has it both ways – feminists renounce chivalry as demeaning and even victimizing to women on the one hand, and on the other take it as something to be solicited from every layer of government, business and wider society by overtures about women’s vulnerability. As most feminists continue to demonstrate, chivalry-seeking remains a core part of the business model, so much so that without it feminism might not exist.
Perhaps a shock to those among us who would do away with feminism in order to return to a ‘traditional’ model of sexual relations only to discover that the traditional woman is eerily similar to the new woman in that she too exploits and indeed expects male chivalry.
E.B. Bax describes first-wave feminists advocating male chivalry for the benefit of women. His assessment in the following quotes underscores how “chivalry feminists,” as he called them, along with the masses of women influenced by their message, have tended to be duplicitous about their reliance on chivalry

Read more »
Posted by Angelo Agathangelou at 5:01 am No comments:

HoneyBadgerRadio
Alison and Karen respond to the Lich Queen Hillary Clinton!
Posted by Angelo Agathangelou at 2:16 am No comments:

The West Is Finished, But Why?

By Andre Vltchek: Despite certain economic and social setbacks, the Western Empire is doing remarkably well. That is, if we measure success by the ability to control the world, to condition the brains of human beings on all continents, and to crush almost all substantial descent, at home and abroad. 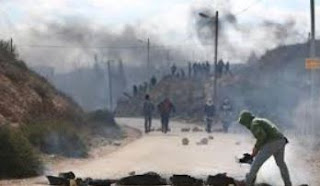 What almost entirely disappeared from life, at least in such places like New York, London or Paris, is that simple human joy, which is so obvious and evident when it exists. Paradoxically, in the very centers of power, most people seem to be living anxious, unfulfilled, almost frightened lives. It all somehow doesn’t feel right. Shouldn’t citizens of the conquering part of the world, of the victorious regime, be at least confident and optimistic? Of course there are many reasons why they are not, and some of my comrades already outlined in details and in colorful language at least the main causes of depression and dissatisfaction with life, which are literally devouring alive those hundreds of millions of European and North American citizens. The situation is mostly analyzed from socioeconomic angle. However, I think that the most important causes for the present state of things are much simpler:
Read more »
Posted by Angelo Agathangelou at 12:02 am No comments: