Exactly Who Is It That Is In ‘Denial’?

A somewhat biased film review
By Gilad Atzmon: In her book Denying the Holocaust (1993), Deborah Lipstadt confessed that it was David Irving's considerable reputation as an historian that made him "one of the most dangerous spokespersons for Holocaust denial." "Familiar with historical evidence," she wrote, "he bends it until it conforms with his ideological leanings and political agenda." Irving responded by claiming that Lipstadt’s words were libellous and filed a legal case against her and her publisher Penguin Books. 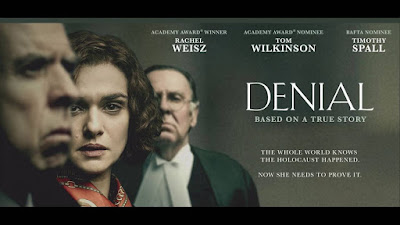 Was Irving brave or naïve in putting the Holocaust on trial? Probably both. Back in 1996, was Irving a hero or just grossly miscalculating in believing he stood a chance in taking on the Holocaust, still the most popular Jewish religion? Again, probably both.
The other day, I watched Mick Jackson’s ‘Denial’. The film tells the story of Irving’s 2000 defeat in court - a disaster he voluntarily brought upon himself and indeed, Irving has clearly made some mistakes in his life. Yet, in 2017 it is impossible to deny that, back in 2000, Irving was well ahead of most of us.

Everything Is A Feminist Issue

Shoe0nHead: Join shoe, an ex-esthetician, as she struggles to see the reason why bad skin is a feminist issue. it was a bit hard to concentrate because she's so attractive.
Posted by Angelo Agathangelou at 8:47 pm No comments: Links to this post

Dear Imperial America: the lifestyle you ordered is permanently out of stock.
By Charles Hugh Smith: Our extraordinary misallocation of national treasure and political power has set a banquet of consequences that few are willing to face, much less address head-on. If we had to sum up this vast misallocation, we might start by characterizing it as the result of a multitude of elites playing Empire with money borrowed from future generations. 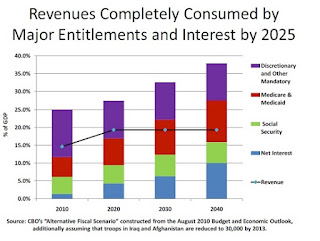 We can start the list of extraordinary misallocations of national treasure with the Neocon's endless wars of choice. Ten years ago, estimates of the total cost of the Iraq misadventure were $3 trillion: Cost of Iraq War: $3 Trillion; Cost of Solar Plants to Power all 105 million U.S Households: $500 Billion (April 10, 2008)


(Yes, I know solar energy is not "the solution" due to intermittency, lack of storage, fossil fuels are needed to build and maintain the solar infrastructure, etc.--but the point is: would we be better off if we'd invested 20% of the money squandered on the Iraq misadventure on alternative energy, even with all its limitations?)
Read more »
Posted by Angelo Agathangelou at 6:00 pm No comments: Links to this post

Max and Stacy discuss fast trains and high-speed rail presidents. In the second half, Max interviews Dr Michael Hudson, author of J is for Junk Economics, about the fake economy, the binned TPP trade deal and Trump: the first hundred hours.
Posted by Angelo Agathangelou at 3:25 pm No comments: Links to this post

By Vivien Mason: Being very thick-skinned is a prerequisite to being an MP and it helps you tackle criticism, particularly when you believe it is not justified, Tory MP for Shipley Philip Davies has said. 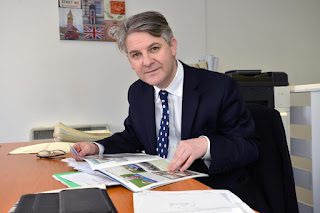 Speaking with the Telegraph & Argus, Mr Davies said he was “at a loss” to understand why he was attacked for sticking up for equal rights and trying to knock-back Bills that were, he claims, a dog’s dinner.
But he says the views of those who point a finger at him give him no sleepless nights and he vows to continue standing up for his constituency and for what he feels is right for the country.
He refers to attacks by other MPs and other organisations over his attempt to block Bills aimed at protecting women only.
Just before Christmas he tried to “filibuster” a Bill in Parliament to tackle violence against women because the Bill did not make any attempt to protect men.

By Hannah Wallen: What is GA HB 51?
As described in Sage Gerard’s recent article, Support GA House Bill 51 to secure due process in universities, this is a proposed law which would bar institutions of higher learning from substituting unbalanced on-campus hearings and penalties for the legal system in cases of alleged student sexual misconduct. This would apply to universities, technical colleges, or any other postsecondary educational institution which is eligible for state tuition equalization grants. The text of the bill is available here:
Georgia HB 51
This would require postsecondary institution employees who receive information leading them to believe that a felony has been committed against or by a student or on the institution’s property would be required to forward that information to the appropriate authorities.
This is not an unusual or abnormal requirement for professionals in care-related industries such as education. Various laws exist requiring teachers, school administrators, and school counseling personnel to report to appropriate authorities any suspected abuse of their students. Health care workers at all professional levels are also required to report suspected abuse, neglect, exploitation, or misappropriation of patient property or resources, drug diversion, and violations of patients’ medical or financial privacy. Childcare providers face similar requirements regarding abuse or neglect, as do care providers for the elderly and people with intellectual disabilities. Significant penalties can be leveled against professionals who violate these laws.

Read more »
Posted by Angelo Agathangelou at 11:50 am No comments: Links to this post

Erekat: "Nail In The Coffin" Of Two-State Solution

"One single secular and democratic state with equal rights for everyone, Christians, Muslims, and Jews,
on all of historic Palestine.”
WAFA: Saeb Erekat, secretary general of the Palestine Liberation Organization, said Wednesday that the only alternative to the two state formula - one Palestinian and one Israeli - is a single secular and democratic state.

Speaking after a meeting with John Bercow, Speaker of the House of Commons of the UK Parliament at his office, Erekat said that the two-state solution was an international formula to solve the Palestinian-Israeli conflict.

Read more »
Posted by Angelo Agathangelou at 1:48 am No comments: Links to this post

CH: If You're Not Jewish, and You're Circumcised, You Need to Watch This Video.
Posted by Angelo Agathangelou at 12:18 am No comments: Links to this post