By Gary Costanza: Dr. Gerald Young [right] of Auckland, New Zealand has been placed on the “Known Genital Mutilators” directory at neonatalcutting.org.
From the CityMed website we read about the doctor: 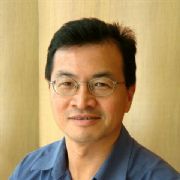 “Dr Gerald Young
BHB, MBChB (Auckland), FRNZCGP
I have been a medical practitioner in the city since 1988. I have been working from CityMed since it was started in 2000. I am one of the directors of CityMed.
I have a special interest in surgical procedures done under local anaesthetic in our specially designed outpatient theatres in CityMed. This allows us to perform surgical procedures very cost effectively, for example a hernia can be repaired for under $2500 which is one of the cheapest rates for this procedure in New Zealand. Prior to my general practice training I was a surgical registrar for 3 years in the Auckland Surgical Training Programme.
Procedures offered include:
Skin lumps and skin cancer surgery
Ingrown Toenails
Vasectomy – no scalpel keyhole technique
Umbilical Hernia Mesh Repair
Inguinal Hernia Repair – Open Mesh technique
Circumcision

Read more »
Posted by Angelo Agathangelou at 11:36 pm No comments:

By Ray McGovern: After a multi-month, politically charged investigation, German intelligence agencies could find no good evidence of Moscow-directed cyber-attacks or a disinformation campaign aimed at subverting the democratic process in Germany. Undaunted, Chancellor Angela Merkel has commissioned a new investigation.
Last year, Berlin’s two main intelligence agencies, the BND and BfV (counterparts of the CIA and FBI) launched a joint investigation to substantiate allegations that Russia was meddling in German political affairs and attempting to shape the outcome of Germany’s elections next September.
Like the vast majority of Americans malnourished on “mainstream media,” most Germans have been led to believe that, by hacking and “propaganda,” the Kremlin interfered in the recent U.S. election and helped Donald Trump become president.
German intelligence agencies rarely bite the hand that feeds them and realize that the most bountiful part of the trough is at the CIA station in Berlin with ultimate guidance coming from CIA headquarters in Langley, Virginia. But this time, in an unusual departure from past practice, analysts at the BND and BfV decided to act like responsible adults.

Read more »
Posted by Angelo Agathangelou at 5:21 pm No comments: 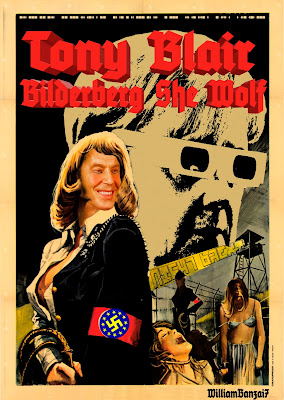 Read more »
Posted by Angelo Agathangelou at 3:00 pm No comments:

Israel’s Vision For The Future Is Terrifying

By Ramzy Baroud: Empirical historical evidence combined with little common-sense are enough to tell us the type of future options that Israel has in store for the Palestinian people: perpetual apartheid or ethnic cleansing, or a mix of both.
The passing of the “Regularisation Bill” on 6 February is all we need to imagine the Israeli-envisaged future. The new law allows the Israeli government to retroactively recognise Jewish outposts built without official permission on privately-owned Palestinian land. 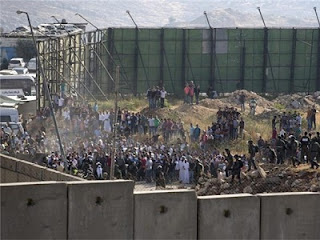 All settlements – officially recognised settlements and unauthorised outposts – are illegal under international law. The verdict has been passed numerous times by the United Nations and, more recently, pronounced with unmistakable clarity in UN Security Council Resolution 2334.


Israel’s response was the announcement of the construction of over 6,000 new housing units to be built throughout the Occupied Palestinian territories, the construction of a brand new settlement (the first in 20 years), and the new law that paves the way for the annexation of large swathes of the occupied West Bank.

Read more »
Posted by Angelo Agathangelou at 12:34 pm No comments:

The Road To Hell Was Paved With College Safe Spaces

That isn’t what this resistance is now doing. What they’re doing instead is trying to take maybe the only faction worse than Donald Trump, which is the deep state, like the CIA with its history of atrocities, and say they ought to almost engage in like a soft coup where they take the elected President and prevent him from enacting his policy. And I think it is extremely dangerous to do that.– From Glenn Greenwald’s recent interview with Democracy Now

The US President said. "Reporters and folks will not tell you the truth and will not treat the wonderful people of our country with the respect that they deserve. ...Much of the media speaks not for the people but for the special interests and for those profiting off a very very obviously broken system. The press has become so dishonest that if we don't talk about it we are doing a tremendous disservice to the American people. ...the press honestly is out of control, the level of dishonesty is out of control."

Read more »
Posted by Angelo Agathangelou at 2:23 am No comments:

What Feminist Marchers Think We See… 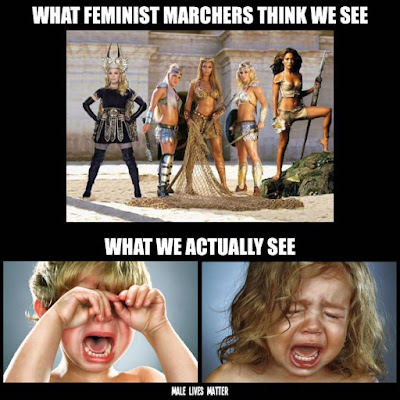 Read more »
Posted by Angelo Agathangelou at 1:13 am No comments: